Theme: The Stories We Tell

This year, we’ll explore stories. The ones we tell ourselves, the ones told to us, and those that we tell each other. Stories are everywhere; they allow us to tackle challenging subjects, entertain while teaching, and give us an opportunity to build deep relationships with the storytellers.

Ben trains some of the world's fittest and toughest athletes. He has coached seven world championships and is considered one of the top coaches in the sport of CrossFit. Ben is not like other coaches. He believes that greatness is not for the elite few; that winning is a result, not a goal; and that character, not talent is what makes champions. Ben has shared his approach to coaching, training, nutrition, personal excellence, business development and mental toughness with millions through his podcast and best-selling book.

Starting his career in hospitality at Hyatt West Hollywood in 1995,Darren would win the 1997 California Tourism Award for Employee of the Year from the state. In 1998 he was a part of the opening management team at Beach House Hotel, Hermosa Beach,where he implemented service standards for the hotel. He left Beach House in 2000 to start a secret shopping company.One of his clients was the Magic Castle Club in Hollywood. Darren worked closely with the property owners, who also owned the Magic Castle Hotel.He was offered the G.M. position at the Hotel. Soon after accepting, he became manager of all three properties the owners held.Today, He leases the hotel and created his hospitality management brand, Service Freak Hospitality,LLC. The hotel transformed from a no-frills experience, to a multi award-winning hotel with their unique approach featured in books,podcasts and on TV. Darren has spoken to groups such as Nike and Harcourts Realty on the importance of creating service moments.

Dean McFlicker is an award-winning producer and director of television marketing at NBCUniversal where he has created campaigns for some of the most successful shows on TV, including This Is Us, The Voice, America's Got Talent and all of NBC's live musicals. As a SVP and Creative Director for NBC Marketing's Original Production Group, Dean has a unique role that combines creativity and executive leadership. As a speaker, he uses his insider perspective to translate techniques from film, TV and Broadway into practical business tools applicable to any industry. Dean shows organizations how to refine their brand story and find their ideal place in the rapidly evolving media landscape. Additional marketing credits include World of Dance, Chicago Fire, ER, Law & Order, SVU, Smash, The West Wing, NYPD Blue, Survivor, and many more. Dean has also produced for CNN, HBO, E! News Daily, Good Morning America. And, perhaps if you're quick, you can spot a young Dean in the movie Newsies.

Erik is a recognized innovator and leader in America’s food bank network. His book, ‘Hunger into Health,’ with an introduction by Jeff Bridges, has been a rallying point for those who want to move from simple charity to building long-term food security. He is responsible for creating innovative national award-winning programs such as ‘Healthy School Pantry’ and ‘Kid’s Farmer’s Market’. He is a previous Board Member of the California Association of Food Banks and sat on the National Advisory Council of Feeding America. Erik has a background as a writer and filmmaker and served as a principal in two production companies. His short film, ‘The Gallery,’ starring Helena Bonham Carter was selected for the London Film Festival. He has won an International Television Association Award for writing and directing educational drama and his theatrical work has been produced on the London Fringe.

John “Revelator” Irving is the founder & leader of Renaissance - a Creative Arts Movement. Born and raised in Houston, Texas, he lives with his wife of 17 years, and four children in the Antelope Valley, CA. John is most known in Los Angeles County for pioneering the idea that the Arts can be positively infused into just about anything and anyone - for the sake of maximizing our level of influence over the next generations. John has his BA of Fine Arts in Acting from the world-renowned California Institute of the Arts, as well as an MA in Practical Theology. He adores teaching and mentoring young adults, and partners with LA County Office of Education and LA County Probation to develop and implement innovative project-based learning enhancement, and behavioral therapy arts courses. At Renaissance (Arts & Entertainment) Center, John produces (4) Flagship events per year, with the goal to fund and build an advanced Creative Arts Center & Institute like the world has never seen.

I’m Jude Kadi and I’m 11 years old. I am an energetic person who loves to make new friends. I practice and play basketball in the Page Center League. I play the clarinet and I am also a member of the Ellwood school band and Santa Barbara Symphony. I practice swimming at Los Banos Del Mar. I’ve also been singing in the school talent show for the last 5 years. I have been voted by the students of my school to be in the student leadership program to represent the school, and just to make the school a better place. I have a mom and a dad that help me in everything and they always let me follow my dreams. In whatever I like to do, my parents are always there to support me. I also have a great sister that always makes me laugh and gives me tips in everything. I go to Ellwood Elementary school, and by the time I do the Tedx talk, I will be going to Goleta Valley Junior High. I am so excited to do this ted talk, and hope to meet lots of new people and in general have a fun time.

Critically acclaimed for his work on the Broadway smash-hit musical HAMILTON, Julian is a committed advocate of moral leadership. Born and educated in Cambridge, England, he has toured the world with over twenty-five theatrical productions, whilst remaining dedicated to his work as an educator in the U.S, Europe and Japan. A keen Entrepreneur, he has founded three successful companies in the creative sector, and lives with his wife, Lisa, in Los Angeles, California.

O.P. Almaraz brings genuine passion and over 23 years of entrepreneurial experience. Growing up on government cheese & food stamps, poverty was part of his culture. He found an opportunity in construction and immersed himself in the business. Climbing the ladder, from sales estimator to Vice President, to business owner, and after 15 years he found success. Two years after starting Allied Restoration, O.P. was faced with a massive emotional & economical blow that nearly bankrupted his company. Having sought out the best mentors on the planet, he executed on what he learned and launched a marketing campaign that took his business from life support to a thriving $8 million dollar business. O.P. is on a mission to create positive change in the lives of people who have the desire to get more out of life, living with a higher level of passion, meaning, and contribution.

Rachel Lincoln Sarnoff has extensive experience developing communications, development, and operational strategies for mission-driven brands and organizations, with a specific focus on sustainability, circular economy, and zero waste. She was Executive Director of ocean conservation non-profit the 5 Gyres Institute and Healthy Child Healthy World, which became a program of the Environmental Working Group. A thought leader and former journalist, Rachel appeared on the “Today Show" and "CNN Headline News” and has given talks at TEDxSantaBarbara, VOICES UK, and Women in Green, among many others. Connect with her at www.lincolnsarnoff.com.

Retired Lieutenant Colonel Scott Mann spent nearly 23 years operating in the trust-depleted communities of Afghanistan, Panama, Ecuador, Peru, and Colombia, building deep relationships and mobilizing thousands of indigenous people to stand up against hostile threats. After going through a turbulent transition to civilian life, Scott learned to use storytelling to help heal from the wounds of war and reconnect with his community. Today, Scott trains business leaders ranging from corporate bank presidents to entrepreneurs, to employ the unique human connection skills he used in life and death situations known as Rooftop Leadership. Most recently, Scott has written and is performing, an award winning play, called "Last Out" that is currently on tour across America. Scott is supported in the red circle by his "Last Out" Cast: Ame Livingston, who hails from a military family. Len Bruce, a professional actor and former Green Beret, and Bryan Bachman an actor and former Army Paratrooper.

Tami Relph is an interdisciplinary engineer in the Environmental Security department at Naval Facilities Engineering & Expeditionary Warfare Center (NAVFAC EXWC). Ms. Relph has substantial experience in water security, wastewater systems, and sustainable engineering. Her interest in engineering stemmed from a knack for problem solving and a desire to improve living conditions sustainably in communities around the world. She joined Engineers Without Borders in 2011 and quickly became a leader in both her student and professionals chapters. Since then she has led project teams to design, implement, and evaluate sustainable engineering projects supporting community-driven, small-scale infrastructure needs in Nepal, Peru, and Tanzania. She has a Civil Engineering M.S. and Environmental Engineering B.S. from CU Boulder, an Anthropology B.A. from UCLA, and is a licensed Professional Civil Engineer in CA.

Zoë Silverberg is a student at San Marcos High School in Santa Barbara, California. She is passionate about community service, social justice, and children's health. Her projects have taken her from Santa Barbara to New Haven, and Rome. She has been featured in the Wall Street Journal and presented at the World Summit of Pediatrics. When faced with a problem, she discovers innovative solutions using her creative energy. Whether it's a new guitar solo or novel technology, she loves to be on the vanguard. 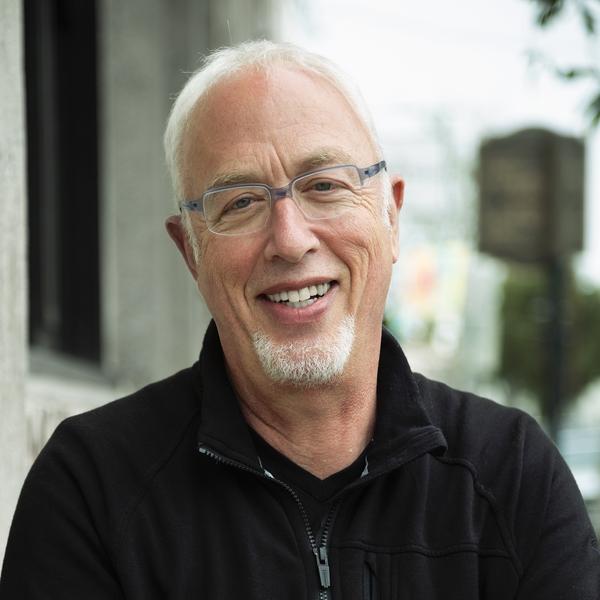 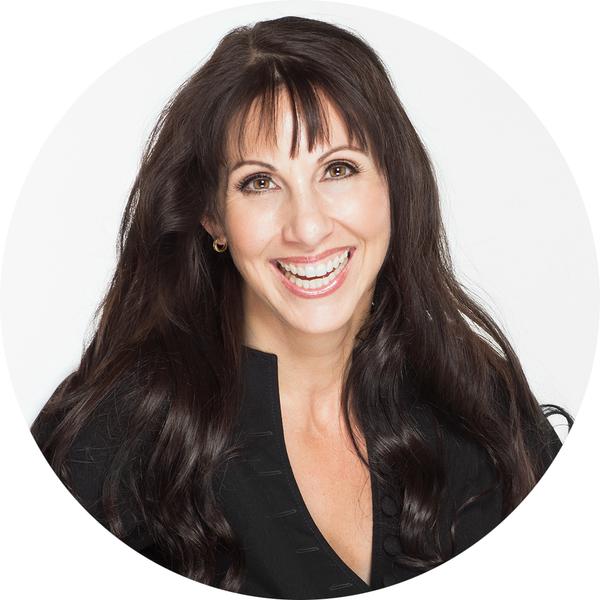