This event occurred on
May 18, 2019
Nancy, Lorraine
France

Florence Thune is the Executive Director for Sidaction, a French advocacy, and grant-making organization. She joined Sidaction in 2005 and worked for 10 years within its international programs department. She then took the position of director of the national Programmes department (for France) in June 2015 and was finally appointed as Sidaction Executive Director in May 2017. Florence started to work in the humanitarian field in 1987 with Handicap International, a large French non-governmental organization working on disability issues at an international level. She spent nine years in the field as Head of Humanitarian Missions in Djibouti and Somalia, as well as in Thailand and Pakistan and worked for other nine years at Handicap International’s headquarters in France. During this time, she directly contributed to Handicap International’s involvement in the field of HIV and disability in several programs across Africa and Asia.

When he opened his eyes one evening in 1987, facing the steps of the Paris Opera, this man forgot everything. His name, his profession, the place where he lives. Everything. His memory is nothing more than a big black hole! No papers on him: "I don't know who I am! "he told the police officers who were arresting him. Then to the doctor who interned him in a psychiatric hospital. Would he be sick? Then begins a painful quest, in search of his identity. But when he is found thanks to an unusual detail delivered under narcosis, he feels lost as never before. Because his parents, this wife, these young children who are his own, he does not recognize them. He's 30 years old. How can we resume the course of a life that has been erased forever? How will he recover all his abilities, the ability to love again this family that has disappeared from his extinct memory? Is it the same as before? How did Jacques-Michel Huret rebuild himself to live in the present in order to move towards a future?

At 30 years old, Kevin Juliac is passionate about his job. After a very varied professional life, he found his way into the creation of arranged rum. His goal in life: to be happy and to transmit it!

A graduate of the X and a doctorate from the École Polytechnique de Montréal, Lê Nguyên Hoang then became a scientific mediator at EPFL (École Polytechnique Fédérale de Lausanne). Passionate about mathematics and science, he is also a video maker on his Science4All channel, followed by more than 150,000 subscribers. He has also published a book on Bayesianism, a universal philosophy of knowledge centered on the laws of probability. This framework suggests a formal approach to the notion of creativity, which AIs could adopt.

María José José Galotto López studied at the Polytechnic University of Valencia. She specialized in the production of eco-responsible packaging and in food packaging in general.

Born in Stockholm, Petter Jacobsson was further educated at the Royal Swedish Ballet School. As a principal dancer with the Sadler’s Wells Royal Ballet in London between 1984 to 1993, he toured the globe dancing all of the renowned classical roles as well as appearing as a guest artist with numerous international companies. In 1993, he moved to New York to begin a freelance career. Petter and the choreographer and dancer Thomas Caley started working as a creative team in the mid-nineties. After years of collaboration, Petter and Thomas established an independent dance company in 2005. As of 2011, Petter is leading and choreographing together with Thomas Caley for the CCN Ballet de Lorraine in Nancy.

A journalist specialized in music for more than 15 years, Samuel Degasne has collaborated with Rolling Stone magazine, Longueur d'Ondes, the Festival des Vieilles Charrues, Rock en Seine... He has worked with Rue89, Le Progrès, M6, LesInrocks.com and co-wrote several books on music and festivals. Today, he dedicates a large part of his time to his YouTube channel - One song, the bill! - launched in 2018, which tells the story of the greatest rock standards over a coffee break.

Tarik Chakor has been a lecturer at the University of Savoie Mont Blanc since 2014. He studied human resources at the Faculty of Law and Political Science in Aix-en-Provence and continued his university studies with a thesis at the Laboratoire d'Économie et de Sociologie du Travail. His teaching and research work deals with management in organizations, particularly in occupational health, and the bridges that can be built between management and other spheres, such as sport or rap.

Participant in the 1996 Olympic Games, engineer, aikidoka, doctor of mathematics... Some would say that it takes several lives to live all these experiences. Well, no, no, no! Vladimir Latocha is a living example. It is first and foremost in the world of sport that he stands out: he held several swimming records in the 1990s and competed in the 1996 Atlanta Olympic Games. Then he turned to another sport, aikido and held the rank of second dan. But this sporting development is not enough for him. In addition to his high-level sports practice in the basins, it was at INSA Toulouse that he obtained his engineering degree in 1996. He continued his studies and completed a doctoral thesis on the ionic propellant. He is currently a lecturer at the University of Lorraine, in the Elie Cartan laboratory in Lorraine. He also practices as a practitioner of the Feldenkrais method. 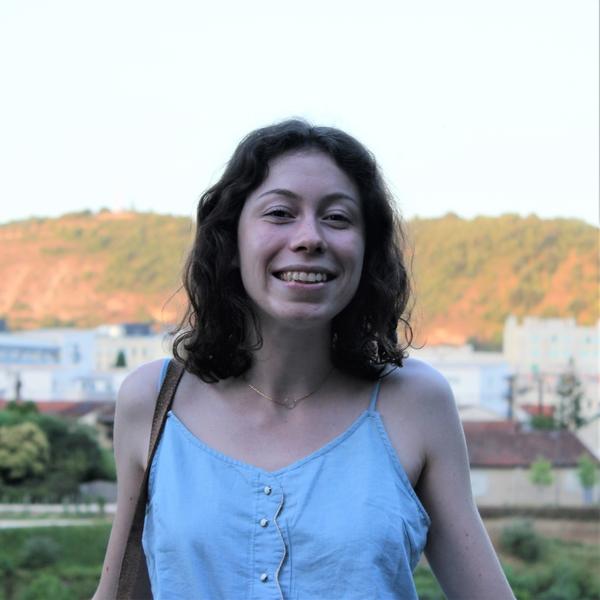