TEDxBabsonCollege aims to further the understanding of the ever constant force of change and to look at change through a variety of different lenses. What aspects of life have changed the most and what does that mean for the future? How will our idea of success and failure change? How do we evolve and learn despite a world that is perpetually changing? What does technology look like as change accelerates exponentially? Where do we look to understand change? Change is everywhere and we want TEDxBabsonCollege to prepare attendees to not only see change but be change.

Ari Glantz is the Director of Development & Strategic Initiatives at the New England Venture Capital Association (NEVCA), where he leads the organization’s membership, sponsorship, and partnership activities, and advises on policy initiatives. He is a member of the FWD.us New England Innovation Council, a coach for HUBWeek Demo Day finalists, and an infrequent contributor to TechCrunch and BostInno. Prior to the NEVCA, Ari's professional journey saw stints as an entrepreneur, international athlete, and social worker; in San Francisco, Paris, and Australia. He is a graduate of Vassar College and a native of Cambridge, MA.

Neha Sangwan, M.D., CEO of Intuitive Intelligence is an Internal Medicine physician and corporate communication consultant combines the science of medicine with the art of communication to empower people to strengthen their relationships, decrease their stress levels and improve their health. Doctor Neha is also the author of TalkRx: Five Steps to Honest Conversations that Create Connection, Health and Happiness.

An actress, dancer, teacher, and social researcher through the arts, Eliza (MFA & CYT) has collaborated with leaders in neuroscience, business, and education. In her work she explores practical, playful practices and scientific frameworks to help people cultivate a kind of supermindfulness through imagination and awareness, so they can have easier access to creativity, empathy, and wholeness.

Farshid Varasteh MBA ‘19, has a background in technology infrastructure and operations, and a BA in Economics. Originally from Iran, Farshid came to the United States about 30 years ago. Being an introvert he leveraged Toastmasters to overcome his public speaking fears. With his new-found courage, he is on a path to elevate others to be a better version of themselves in spite of their circumstances. When he is not public speaking he can be found walking around Boston enjoying the city’s architecture. A family man, he has been married for 20 years and is the father of two boys (a 14 year old and a 12 year old). Fun Fact: Farshid’s MBA classmates voted him most likely to give a TED talk.

With a passion for both entrepreneurship and design, Jillian is proud to support over 3,000 hardware focused startups, and over 300 incubators and accelerators by connecting them to SOLIDWORKS tools and resources, as the SOLIDWORKS for Entrepreneurs Program Manager. Jillian has been engrained in the global community of SOLIDWORKS designers and engineers for the past 7 years, working closely with SOLIDWORKS and Dassault Systemes' value channel, largest clients, and corporate partners. Prior to joining the SOLIDWORKS family, Jillian founded an organic ice cream manufacturing startup - Spurred by her love of ice cream and the lessons learned from her family's 4th generation ice cream and food service business. Jillian is excited to support startups and engineers as they embrace change and innovate to solve the world’s toughest challenges.

Lisa Simmons is the Director and curator of the Roxbury International Film Festival (RoxFilm), now in its 21styear, and Director of the Color of Film Collaborative, whose mission it is to support filmmakers, and present films and film programs that celebrate people of color around the world. In addition, Ms. Simmons is a Program Manager with the Community Initiative at the Mass Cultural Council. Ms. Simmons has produced theater and film in the Boston area, published and presented on the Negro Theater Project of the WPA and is working on a documentary about the Boston Negro Theatre Unit. She is the recipient of the GK Top 100 Influential People of Color Award, Image Award from WIFVNE, Diversity award from Our Place Theater Project, Leadership award from the Urban League Guild of Eastern Massachusetts and The President’s Award for Leadership from Dimock Community Health Center.

Mandy Bowman is the Founder and CEO of Official Black Wall Street. After studying Entrepreneurship and Global Business Management at Babson College, she set out to empower the Black community through economics and ownership. Since 2014 Mandy has been at the forefront of the #BuyBlack movement, making it easier for others to find and support Black-owned businesses through her digital platform and global Black business directory, Official Black Wall Street.

Scott Taylor is an Associate Professor of organizational behavior at Babson College, a research fellow with the Coaching Research Lab at Case Western Reserve University, a member of the Consortium for Advancing Adult Learning & Development (CAALD) convened by McKinsey & Company, and a core member of the Consortium for Research on Emotional Intelligence in Organizations (CREIO).

Tom Grilk is the Chief Executive Officer of the Boston Athletic Association/Boston Marathon. He served as President of the B.A.A. Board of Governors from 2003 until 2011. In addition to his duties as Chief Executive Officer, he served as the marathon's finish line announcer from 1979 through 2013, and he is a former marathon competitor, with a personal best of 2:49 and a personal best at Boston of 2:54. He was for many years a corporate and business lawyer, both with the Boston law firm Hale and Dorr and serving as counsel and general counsel to Boston area technology companies. He is a graduate of Cornell University and the University of Michigan Law School.

Wes Woodson is a junior at Babson College. He is the founder and CEO of thehidden which is a clothing brand which inspires the youth to be their true selves unapologetically. He is also a rising national motivational speaker. 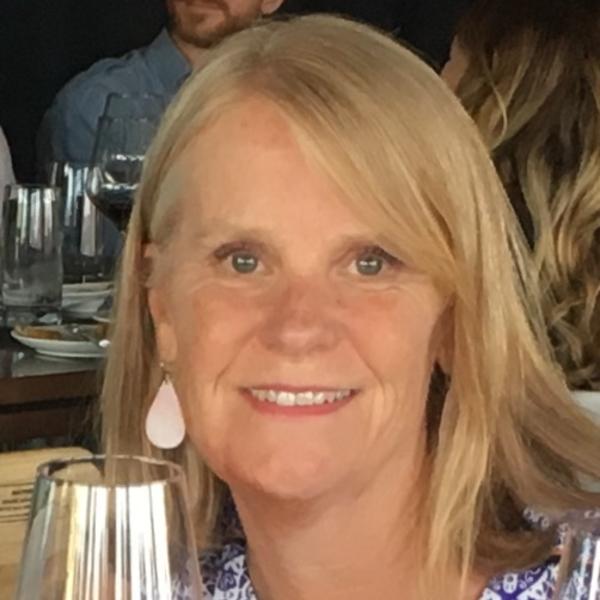