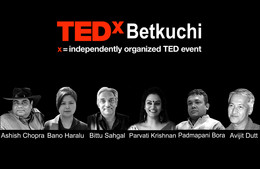 From ancient times, the multi-ethnic and poly cultural Northeast of India has been known to be a region of unity in diversity. With the hundreds of ethnic groups present in the region, the North East of India is one of the most diverse regions in the world, while also having the fame of being one of the largest bio-diversity hot spots in the world. While demarcations exist only physically, the region is threaded together by its unique cultural heritage, history, music and groundbreaking philosophies.

TEDxBetkuchi is not a strive towards pursuing excellence in the region, but is the pursuit of celebrating its unique diversity, as the theme suggests. The idea of unity and a society without social boundaries will be one of the most important aspects of this TED event.

Ashish Chopra, culinary historian, author and television host was the founder Executive Director of the Institute for Environmental Management and Social Development when he decided after retrospection and introspection to take permanent sabbatical to pursue his passion for food and travel. Based in New Delhi, he loves Northeast India. Having spent over a decade in the region he has been travelling and documenting culture and cuisine and covered over 2000 villages .He is also the author of the book NE Belly, one of the first cookbooks covering all the eight states of the Northeast India. Currently he is busy with his culinary school in Delhi called "Ecole De Culinaire" and his under construction school which is India's first school of ancient culinary art in Dehradun. He is also the culinary adviser of the leading Travel Channel called Travelxp and the principal adviser of the Woodpecker International Film Festival. Northeast India remains his first love...

Avijit Dutt has been a social activist & interventionist with seminal work in Child Welfare & Consumer Affairs. He's acted and directed for Theatre and TV. Dutt has acted in eminent Hollywood and Bollywood films namely Gandhi To Hitler, Kama Sutra: A Tale of Love, The Second Best Exotic Marigold Hotel,Madras Café, Jolly LLB2, No One Killed Jessica and others. As a Theatre Director and Actor he has done over 75 plays in English, Hindi and Bengali. He has written six full length plays: - Bamboo Flower - Mahatma Mar Gaya - Bombay! Bosnia! - Breaking News - Noor Jahan- An Empress Reveals - Unspeakable - 9.45 ki Express ki Citee. He launched the Childline with UNICEF & National Human Rights Commission. Moreover, he teaches Communication to Post Grads. His own featurette on Child Abuse, AkkarBakkar was screened in the Parliament and the Cannes Film Festival 2010, and extensively used for Advocacy by UNIFEM

Bano Haralu is a retired and revolutionary television journalist with an experience of more than two decades in Doordarshan and NDTV. She has been involved in working towards conservation in Nagaland since 2010 especially the Amur Falcons that were being hunted at an alarming rate by the local community in the state of Nagaland. She started the Nagaland Wildlife and Biodiversity Conservation Trust (NWBCT), of which she is also the managing trustee. NWBCT channels support for local communities by promoting rural eco tourism and providing free environment conservation education. A committed trailblazer, Bano is a pillar of conservation in India who has crafted one of the country’s most staggering conservation success story around the migratory raptors. She is a recipient of the Wildlife Service Award by Sanctuary in 2016, and the Nari Shakti Puraskar from the President of India at Rastrapati Bhawan in March 2017.

Born on 12 October 1947 in Shimla, Bittu Sahgal, is an environmental activist and writer. He is the founding editor of Sanctuary Asia, India’s first and leading wildlife and ecology magazine. His work centers around issues that connect biodiversity conservation and deforestation to climate change. He advocates for investments in low carbon energy and ecosystem protection as an adaptation and mitigation strategy against the worst impacts of climate change. He has produced over 50 conservation-related documentaries which has changed many a lives.

Parvati writes and edits, she sings and tours. The yogini in Parvati brings together the real best of many worlds. She edits asiaSpa India magazine and manages special projects for Travel+Leisure India & South Asia magazine. Moreover, Parvati has grown from catering to an international luxury traveller (for EyeWitness Guides) to an Indian backpacker (for Lonely Planet India and Outlook Traveller) and has a keen interest in wellness. Not to mention, performing Jazz, Bossa Nova, Swing, Pop, Folk, Spanish and Portuguese music has anchored her for over a decade now. You may find her moving smoothly in and out of styles and genres, and even languages, symbolizing a true global citizen who’s scouting for new crafts and experiences every single day. Her whiskey voice gets everyone under a spell! She believes that she owes all her achievements to the beautiful and empowered childhood her parents gave her in the tea estates of West Bengal and Assam. 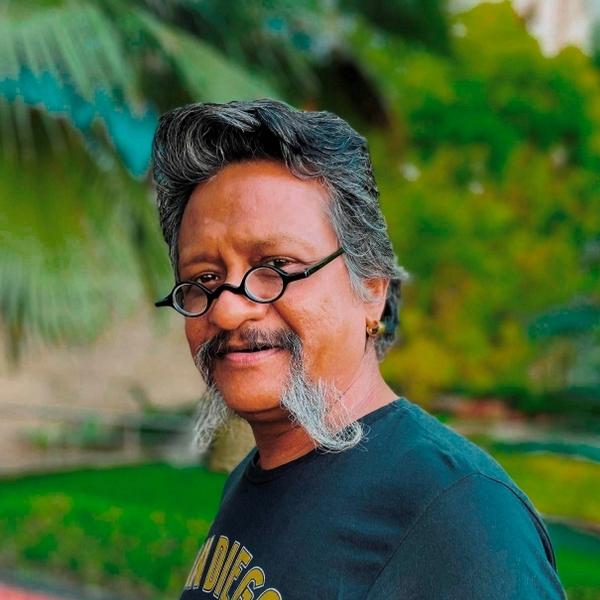