The theme of the event will be ‘Breaking boundaries’ which will allow speakers to share their own empowerment stories, whether they are breaking boundaries of gender or cultural norms. The audience can expect an evening of fascinating ideas and inspirational speakers which will spark interesting conversations.

After graduating from St Cuthbert’s College, Amelia Gamblin went on to finish a Masters in Forensic Science. She started her extraordinary career in the Forensic Biology/DNA team at the Institute of Environmental Science and Research, before transitioning into the Service Centre team - the frontline team in New Zealand for crime scene investigations. Her current role involves attending and processing crimes scenes, exhibit examination, case management and report writing. She has been involved in a range of different innovative research initiatives and has presented work at several conferences throughout the country.

Even at twelve years old, St Cuthbert’s Old Girl Caitlin Crisp was already making her own clothes. Hailing from Christchurch, she is currently a womenswear designer known for her creative, fun and personal style, whose collection was presented in The Graduate Show during the 2018 NZ Fashion Week. Interning at Karen Walker and starring in the first ever season of Project Runway NZ - in which she won two of its challenges and progressed into the show’s final designers, Caitlin has quickly become a rising star in the New Zealand fashion scene.

The Product Design teacher at St Cuthbert’s, Michael Zhang has a passion for inspiring and empowering Senior and Middle School students with the ability to create anything within and outside their imagination. Having worked on film and television prop design, placing third at the World Supremacy Battlegrounds 2014, and drawing inspiration from his favourite product designer Naoto Fukasawa, he is always pushing himself outside his comfort zone, delving into various passions like illustration, poetry, dance and other art forms - his belief is that to be creative is to find inspiration anywhere, anytime.

A current Year 12 student, Millie Caughey is a student leader within and outside the College community. She is passionate about youth issues, deeply involved with topics surrounding social justice and strives to create change. An avid and emotive debater, she is the first speaker of the regional Auckland Blue debating team and recently placed second at the New Zealand Schools’ Debating National Championship. Her impressive achievements also include being named the Most Promising debater in the country and a reserve for the national team, which consists only of Year 13 students.

An Old Girl in the class of 2017, Sophia Yang is studying Classical Performance (Voice) and Law at the University of Auckland. She was part of the 2017-18 NZ Secondary Schools’ Choir, a scholarship member of prestigious Pettman National Junior Academy of Music and has sung with the Voices New Zealand Chamber Choir. Currently singing in the Auckland Chamber Choir, she has an impressive list of awards: the 2017 NZ Singing School’s Most Promising Student, the 2018 Pears-Britten Scholarship for Singing, a prize winner at the Under 21 NZ Aria, Opera Factory’s “Opera Idol” and more.

Graduating from St Cuthbert’s in 2017 with a full 45 score in the International Baccalaureate, Stacey Tian is currently studying Aerospace Engineering at the Georgia Institute of Technology, one of the most prestigious US universities, where she is the Ramblin Rocket Club’s Public Relations Officer. With her experiences as the first female team member in three years to represent the country in the 2017 International Maths Olympiad, leading the College’s premier choir Saints Alive and entering a very male-dominated field of STEM, she truly knows how to pursue passions with determination, drive and hard work. 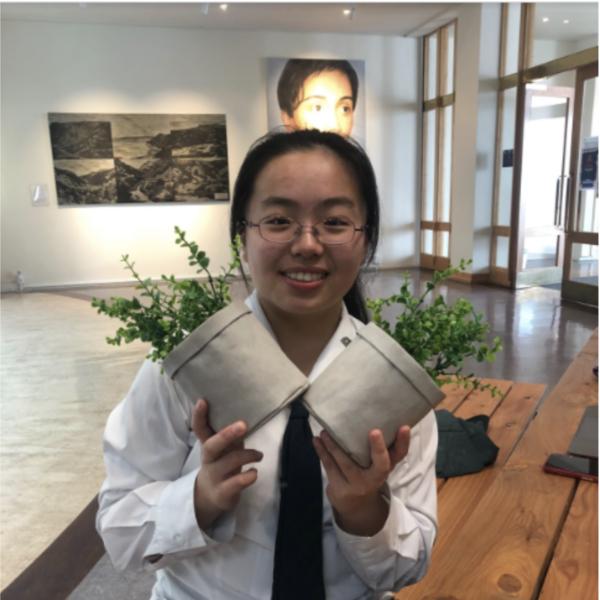