TEDxIIMKashipur is an ongoing journey filled with enriching experience; enthralling and taking us to newer realms. Our journey started in 2014 with a simple idea, an idea to conduct the event for the students of IIM Kashipur with the theme ‘Ideas in Action’, that changed our way of thinking and freed our minds. It continued in 2015 also based on the theme ‘Actions Bring Change’. Progressing in the journey of evolution, the third edition of TEDxIIMKashipur was organised on December 10th, 2016 with the theme ‘Breaking Barriers’ and 2018 edition with the theme 'Shaping the future'.

TEDxIIMKashipur 2019
You could call them the smartest, the most creative/innovative or just excellent. But what sets them apart, be it Steve Jobs or Ralph Waldo Emerson, Vincent Van Gogh or Atal Bihari Vajpayee, Lionel Messi or John Lennon, is simply their willingness to go beyond conformities. To defy conformities dictated by political, social, cultural, economic, technological, legal systems. TEDx IIMKashipur posits the idea that identities don’t have to be identical. TEDx IIMKashipur invites you to be enthralled by maestros describing the magic as nothing but the art and the science of bending conformity at will. TEDx IIMKashipur invites you to relish the tales and anecdotes of a VUCA world, of revolutions, to a land 'Beyond conformity'.

Anoop Nautiyal is the Founder-Chairperson of the Dehradun based research and policy think tank Gati Foundation in the Himalayan state of Uttarakhand. Anoop has an intense community orientation and successfully established the free 108 medical emergency services in Public-Private Partnership (PPP) mode for the government of Uttarakhand. He has a distinguished corporate background and held the leadership position of Country Manager for the iconic Swedish global clothing giant H&M Hennes & Mauritz before stepping into the not for profit sector. Anoop is an alumnus of SRCC, Delhi University, and NIFT and has worked abroad for a decade in Hong-Kong, Indonesia, Bangladesh and Mauritius in international supply chain and global sourcing roles.

Ashish Joshi is a visionary and a leader whose love and passion for motorcycles has driven his successful career for most part of his life. An alumnus of London Business School and IMT Ghaziabad, Mr Joshi is currently the CEO of Classic Legends and is credited for resurrecting the Jawa Motorcycle Brand. Over the course of his career spanning over 15 years, Mr Joshi has contributed immensely towards motorcycle industry and has shown a path for the emergence of future leaders.

Captain GR Choudhary is a valiant soldier who joined the Indian Navy at an early age and went on to be commissioned in the Indian Army in 1971. He was the leading Platoon Commander in the forefront of the night attack on village Chatarana, deep inside Pakistan. Wounded in action he was taken as a prisoner. During the year-long period as a Prisoner of War, he battled excruciating pain and torture. After release, he rejoined his regiment whereupon he was posted in Mizoram when insurgency was at its peak in that state. He excelled in pursuit and capture of insurgents and misguided elements. Post his Military career he went on to become the Chief Security officer of State Bank of India.

India's first male belly dancer, Eshan Hilal is the icon for smashing gender stereotypes today. Striving hard to establish dancing is an art devoid of any reservations like gender, he has made his impact through nationwide reality show like Dance+. Being a fashion graduate, he takes pride in gender fluid dressing supporting the fact that 'Clothing doesn't define an individual's gender'. Acquiring his confidence over the years through societal pressure and orthodox family, he is a true example of ordinary man going Beyond Conformity to achieve his dreams!

Popularly known as the ‘Forest Man of India’, Mr. Jadav "Molai" Payeng is a famous environmental activist and forestry worker from Jorhat, Assam. Mr. Jadav single-handedly planted an enitre forest in Majuli Island in Assam. The forest, called Molai forest after him, encompasses an area of about 1,360 acres and attracts an abundant audience of animals every year. This incredible journey started in the year 1979 when Mr. Jadav, alarmed by the huge devastation caused to the island after bouts of floods and droughts, decided to transform the eroded island by planting a sapling every day for 35 years in the barren soil. Today, after 40 years of determined and dedicated efforts, the Molai forest is amongst the largest man-made forests of the country. He was honored with the 4th highest civilian award in India, Padma Shri, in 2015 for his unwavering dedication and his immense contribution towards environment and wildlife protection.

Jo Chopra McGowan is co-founder and executive director of Latika Roy Foundation. Named after Latika Roy, the foundation provides education and social services to children, disadvantaged by disability and poverty. McGowan supervises Karuna Vihar, Latika Vihar, three early intervention centres, a vocational training and resource centre of the foundation. An English literature dropout of the University of Massachusetts, a social activist and an avid photographer, McGowan is currently based at the foothills of Himalaya in Dehradun.

Prince Manvendra Singh Gohil is the son of the "Maharaja of Rajpipla" in Gujarat. He is the first openly homosexual prince in the world. A prominent gay-rights activist, he is well-known for starting the Lakshya Trust, an NGO that works towards creating awareness about HIV/AIDS, especially among homosexual men. Ten years since coming out in 2006, Prince Manvendra is now a prominent voice for LGBT rights internationally. The Indian ambassador to nonprofit AIDS Healthcare Foundation, his days are now spent traveling around the country to spread awareness about HIV.

Nouf Marwaai is the face of Yoga in Saudi Arabia. She is a businesswoman, entrepreneur, and the sole promoter of yoga and Ayurveda in Saudi Arabia and the Gulf. She was Saudi Arabia’s first to be awarded the title of Yoga Acharya in the year 2009 after 10 years of practice and study of Yoga by Sri Aurobindo Ashram. She is the founder of the Arab Yoga Foundation in Saudi Arabia. She was awarded India's fourth highest civilian award the Padma Shri in 2018 by the President of India.

From tracking PM Modi in Australia or South Africa to covering the hunt for stranded kids in a Thai cave, Peenaz Tyagi has been a journalist with the acumen for perfection and detail. In her stint as a Reporter in The Hindustan Times, Zee News and Aaj Tak, she has not only interviewed controversial politicians and diplomats but as a defence expert, has also explored the depths of oceans in a submarine, a rare for a journalist. Peenaz is now the Editor and a Primetime Anchor in News Nation. In over 16 years of journalistic journey, she has endeavoured upon herself to take a larger role of building up news channel as the Editor. 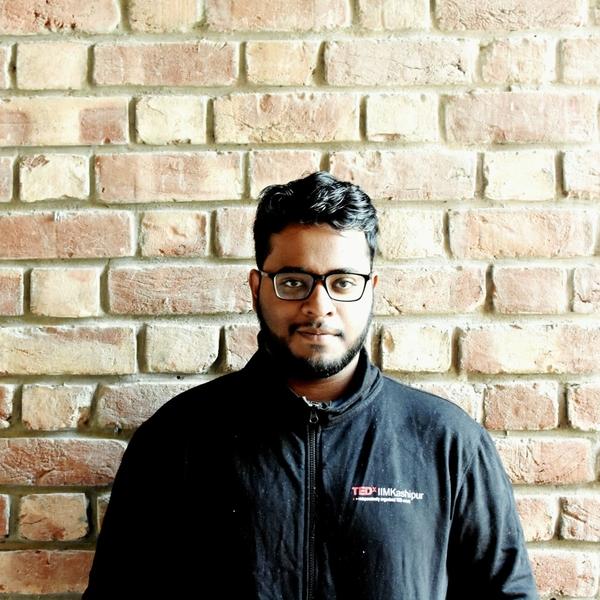