Theme: Momentum: Ideas that Move You

Alexander Kopacz earned his mechanical engineering degree from Western University in 2013 and would say his dream job would be to work for a big project company such as NASA, SpaceX or Tesla. His favourite motto "Sic Parvis Magna" (greatness from small beginnings) took him at age 23 to start pursuing bobsleigh which led a path to his Olympic debut at PyeongChang 2018. Kopacz had been a varsity-level shot putter at Western University but with encouragement from his coaches, he attended a talent ID camp for bobsleigh in April 2013. His performance earned him an invitation to train with the national team and participate in a testing camp that August. He quickly realized he had potential when coaches told him to stick it out for four years - he did - and won gold in the two-man event with pilot Justin Kripps for Canada.

CEO and Co-Founder of Peekapak

Ami Shah is the CEO and Co-founder of Peekapak, an award-winning social-emotional learning platform that engages elementary students to learn skills like self-regulation, empathy, and teamwork and reaches over 200 000 educators and students. Using stories, evidence-based lessons, and game-based learning, Peekapak empowers educators to be proactive in helping curve future mental health issues. Ami has earned an MBA from INSEAD and has previously taught in K-4 classrooms and advised and volunteered at education-related non-profit organizations, After gaining extensive marketing experience through roles at Procter & Gamble and driven by her passion to improve youth education, Ami made the jump to entrepreneurship and has since been featured on Toronto Life, Flare, TechVibes, CBC, and numerous other outlets.

David Katz was diagnosed as blind at three months old and became one of the top sports photographers in the British national press by the time he was 20. David is highly respected for national and international newspapers and media; notably, for shots of the British Royal Family including the Queen, intimate images of celebrities such as Barack Obama, Elton John and Amy Winehouse, two photographic documentaries, three political campaigns, and the personal photographer to a Prime Minister. His belief is that there is no such word as ‘can’t and anyone with a disability or impairment should know that anything is possible.

Gagan Singh is an award winning Media Composer, Musical Director, Record Producer, Multi-Instrumentalist, Executive, Keynote Presenter and Music Consultant. He has worked on the music for several Canadian and International Productions including the Multi-Award Winning Feature Film “Drone”, Starring Sean Bean, as well as Award Winning Film ‘The Use of Deadly Force’, Starring Elvis Stojko. He also won an award for Best Original Score for the short film “Undone” Produced by Foster Films Canada. Gagan has also produced music with several Canadian and International Artists. He also manages an A&R talent agency and Music Publishing label. in 2018, he was appointed as a Board Member of the national association, The Screen Composers Guild of Canada. Gagan’s unique skills set him apart from many due to his uncanny ability to blend Western Classical and Contemporary elements with Eastern Classical and Contemporary elements. He is able to combine the rich and tasteful musical traditions of the past, with the digital sounds and trends of the future.

Jade Niles Craig is a recent addition to the stand-up community as a performer, but her background in producing makes her no stranger to the industry! Since picking up the mic, Jade has been featured in Yas Kween, 420 Comedy Festival, Stoner Queer Comedy Festival, QAPD’s Up & Comers, and has made her drag debut as ‘Tiddie Smalls’ during Pride month 2018. Jade is excited to join the community of femme identifying comics who are absolutely crushing it and opening doors for each other along the way.

Kelly Fyffe-Marshall, born in London, England is a dedicated director striving to solidify her mark amongst the film industry’s finest. Kelly has directed music videos, web series episodes and short films in both England and Canada. With her expanse experience Kelly has also been invited to be a juror for the Academy of Canadian Cinema and Television as well as many film festivals. Her most recent work includes short film Haven (17), which premiered at SXSW and Cannes, France. Kelly’s passion for community development, leaves every project she touches impactful. She uses film to change perspectives and share powerful stories.

Kyla Bolden was born in Bermuda, educated in the US and now resides in Toronto after graduating from Tufts University in 2017. Her passion to empower others through technology and business led her to co-found two innovative startups, Wiz Kid Coding and Chronos Blockchain. At Wiz Kid Coding, a Toronto-based coding and STEM education company, over 2,500 children have participated in her coding clubs and camps and has forged outreach partnerships with several companies and organizations such as Boys & Girls clubs and the Jean Augustine Centre of Young Women’s Empowerment. Kyla also co-founded Bermuda headquartered Chronos Blockchain, a bitcoin mining company with a unique social giving mission.

Multi-disciplinary artist and Founder of Artlet

She's the Founder of Artlet, an arts and wellness event that merges creative activities (such as improv and visual arts) with mindfulness (such as yoga and meditation). As a professional singer and song-writer, Nerissa performs with her band the Nerissa Bradley Group across the GTA at local venues and for special events. Nerissa has been featured in the Huffington Post and on CBC Arts as an artist, entrepreneur and advocate for mental health and wellness. When it comes to working with youth, Nerissa is especially passionate about empowering young people to express themselves fully in the world and have their voice be heard.

Sam is a 19-year-old professional speaker, avid reader and co-founder of the social enterprise, PickWaste. Due to his work with PickWaste, he was named one of the top 25 under 25 environmentalists all throughout Canada. He strives to spread a simple but powerful message, that small consistent actions will lead to massive changes. When Sam's not picking up trash, you can find him reading, at the gym, or spending time with his family.

Mental Health Advocate and Founder of Depression to Expression

Scott Ste Marie is a Mental Health Advocate and Founder of Depression to Expression. He has been sharing his story of depression and anxiety for over 5 years and teaching others to feel confident in their self-expression. His mission is to empower people by helping them realize that mental illness is not a weakness but an opportunity for personal growth and development. Scott’s message has reached over 5 million people through online media which supports the fact that the need for mental health education is needed. Scott is dedicated to Depression to Expression and lives his passion everyday single day. 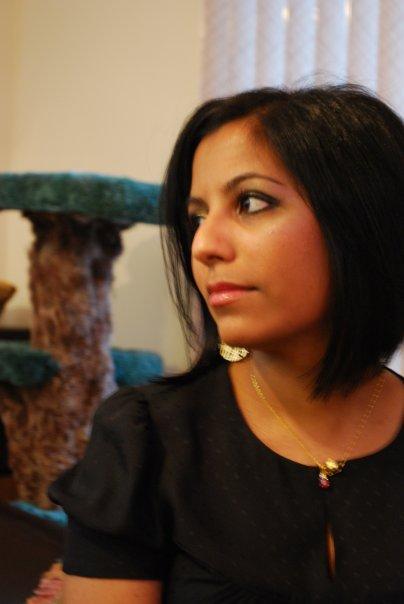