The first edition of TEDxAlbacete event will be celebrated under OUTSPOKEN theme and will be held at the "Centro Cultural de la Asunción", a former convent that nowadays stands as a library, exhibition and conference centre.
We love speaking frankly and we need more people doing this. At the event we do not only want to talk in a direct way, but also talk about different topics that are somehow hidden, taboo or just fresh ideas without special attention.
The selected talks and topics that will be treated during the event aim to excite the audience, fostering them to discuss and stand up for changing things in their community and surroundings.
According to a Spanish idiom "sin pelos en la lengua": our speakers “will not have hair in their tongues” to speak about topics such as Ablation, Homeless, Nutrition, Media, Emotional intelligence among others.

Graduated of Psychology and Sociology from Silesia University, in Poland. She has lived in Albacete for 13 years. She came to develop a volunteering project in AFAEPS association and she stayed for love. She has been working on areas such as emotional intelligence, healthy habits, personal development and conscious life for the last seven years. She cooperates with different associations and institutions as a psychologist, employment counsellor and trainer, combining it with her work as a therapist in a particular medical practice. She is passionate about accompanying people in their processes of crucial changes, sharing her knowledge and experiences with people interested in taking centre stage in their own lives. She considers that it is essential to help people to validate and accept their experiences without evaluating them as appropriate or inappropriate, learning to see the reality as it is, from a kind and caring attitude to ourselves.

She takes pride in her origins, Povedilla. She spent her first years in Barcelona where she started as a communicator and her artistic career was launched. She wrote her own articles in newspapers, tales and plays when she was just a little girl. She continued her studies and her artistic education in Madrid. She is the founder of the Association of Young Artists from Castilla La Mancha (A.J.A.) where the training of future artists and the discovery of new talents are encouraged. She is a well-known journalist in our city and she works in radio, television, advertising and cinema. Charo is an advocate of social and gender equality and she extrapolates these ideas to her art provided by her works, monologues and performances. She is the first female representative of our highly acclaimed Manchego humour. Although Charo’s professional experience is admirable, her greatest virtue is her commitment to all type of social projects.

Medical oncologist at the University Hospital in our city. Her brilliant academic record at university anticipated her stunning professional career that would continue later. After her doctorate in Medicine and Surgery from the Complutense University, she has also continued specialising on the human side of her career: “Management for hospitalary humanization”; the second, in “Bioethic”. Encarna has combined her work in different hospitals with training and communicative work, both at various hospital complexes and different Spanish universities. Her research is endless and her publications are countless, particularly in the oncology field. Besides, Encarna is, among other things, member of the Clinical Research Ethics Committee in the Health field in Albacete since 2013. An admirable and impressive professional career with thousands of stories to tell.

Hayat is 29. She was born in Mogadisho (Somalia). Her name, Hayat, comes from Arabic and means life. And it was life itself that inspired her to found Save a Girl, Save a Generation, an NGO that was born to become a platform for women to find their own voice, to write their own history like she did, being fortunate enough to be able to choose what she wanted to do. She chose to study, to be a mother and to fight in order for other girls to be as fortunate as she was. She started to study Political Science but life took her through a different path: audiovisual Production. She has worked as a producer in Deer Watson Films for eight years, she is mother of two girls and she continues to work in her NGO to end female genital mutilation, forced marriage and other forms of mistreatment of women and girls.

Graduated of Therapeutic Pedagogic from Castilla La Mancha University. He has worked for almost 20 years in the field of functional diversity as an instructor, educator, training programmes manager and teacher. He is currently the Programme Coordinator of New Technologies targeted to improve disabled people’s daily routine in The Foundation San José Institute, as well as an educational technician in Poseidón Programme, therapy in water. Besides, he has developed a short but wide professional career as a playwright and theatre director. In 2016 he was honoured with the Award for Best Screenplay in the Go Independent Film Festival, Washington DC for “Locas”, film adaptation of his first theatre play. His activity in the seventh art has only just started.

He is a chef with more than 23 years of experience. He is passionate about nutrition and children’s food. He has been the chef and the project manager of the Valencia Montessori School for seven years, first 100% Montessori School in Valencia and the first school in Spain with chef Km0 following the SLOWFOOD international movement, offering unprocessed, and non- sugar recipes with local, natural and seasonal food. Juan is the writer of Toothless and by the Mouthful and For everyone’s mouths. He is also the principal and founder of a Cookery school for adults, the creator of the #PorUnaEscuelaBienNutrida movement, youtuber and gastronomic disseminator, among other projects. As Juan says “I put aside my obsession and dream of being an ordinary chef in order to become what I am and what I want to be, the best chef for each child I could ever be. Here lies my daily effort and enthusiasm.”

Graduate of Sociology from Complutense University. He has got postgraduate studies in Leadership and Social Innovation (ESADE) and in Direction of non-profit organizations (UNED). He has more than 10 years of experience in strategic consulting. He provides solid knowledge to the field of communication, corporate social responsibility and strategic planning in various companies, foundations and the public sector. Luis, who is also a Specialist in Marketing and Social Research (UCM), has extensive experience in social innovation, agile methods and digital transformation. “I think it is possible to have fun working and doing consulting with your heart. I am interested in shared value processes, innovation and sustainability. I like contributing to the growth and improvement of the organizations through their most important asset: people.”

Marta works as a Primary teacher in the morning and as a poetess at night. One day she went to the CCCB (Centre de Cultura Contemporània de Barcelona) and discovered the Poetry Slam, something new for her, where social messages and different emotions were transmitted through oral literature. When she went back to her homeland, she decided that the stage was going to be the perfect place where she could talk about the problems of society. Little did she know but she was going to create her current character, Mississipi. In 2017 and 2018 she won the Valencia Poetry Slam Contest and she got the 4th place in the National Poetry Slam Championship. Thus, the Poetry Slam is the format she has grown up with and thanks to it she is occasionally invited to different conventions. She currently recites poetry in several events and schools all around Spain.

He was born in Argentina but came to Albacete when he was only three years old, thanks to his family’s effort. He defines himself as an ambitious person, hardworking, creative and art lover in all of its varieties. When he was thirteen, he took his first steps in break dance without realizing it, and he considers it a lifestyle more than a music style. What was just a hobby finally became something much more professional. He participates in International competitions. Hard work leaded him to be considered one of the best 16 dancers in this discipline in Spain in 2011. Suffering and defeat only filled Pablo with strength to continue improving and creating his own style. Little by little, he has shaped his own dance style, the way he expresses himself, adding concepts from other disciplines and merging them. His studies in Art and Graphic Design have been shaping Pablo’s creative side.

He is an experienced entrepreneur and the writer of two books about viral marketing for start-ups. He is currently the co-founder and CTO of Stoor.Pro, a marketplace for digital architecture. He is also a General Manager of Eywa, a Venture builder specialized in artificial intelligence and virtual reality. Among his previous business projects we could highlight Giklive.es, the fastest growing winery of the century, and Hola Plate, a non-invasive weight management aid that helps people control their weight by absorbing the fat in their food. Mac Carthy left his projects at the end of 2018 to exclusively focus on emerging technologies. Taig is disruption in himself, so his ideas are very welcome in our TEDx event. 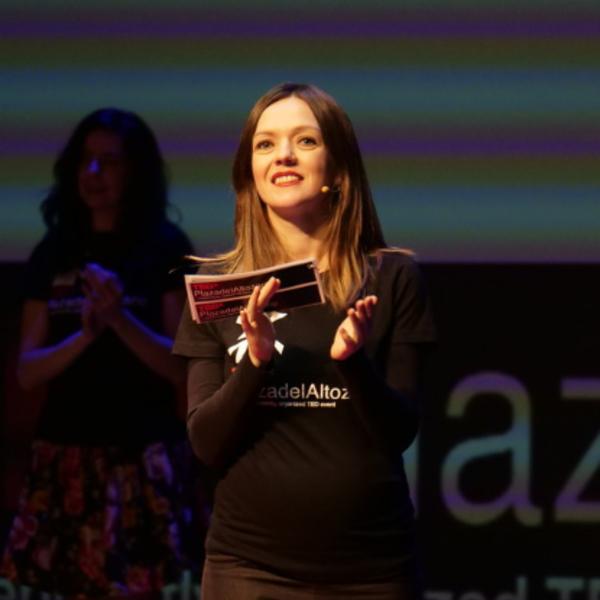 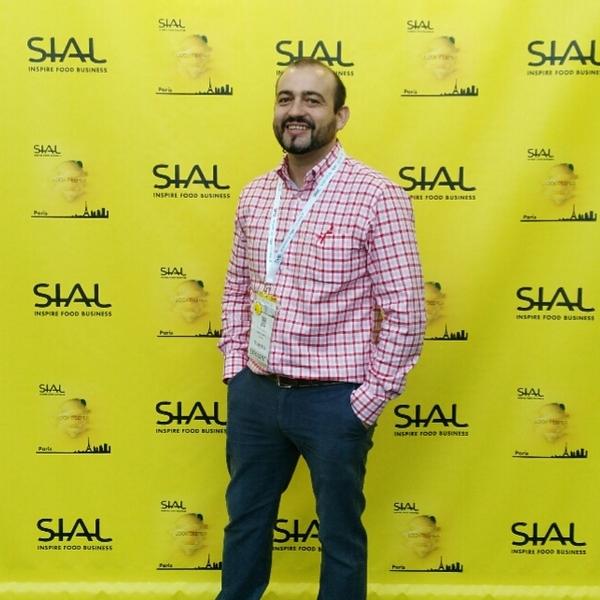