Our community is a vibrant neighbourhood with lots of young people, many of which are ambitious and full of curiosity. Thus, the topics of this TEDx will focus on things related to the personal development and new technology. Some specific topics may be:
我们的身边有着许许多多充满着想象力和好奇心的青少年，本次TEDx活动将着眼于青少年所关心的个人成长与科技发展。一些具体的话题包括：

1. The relationship between academic development and personal development potential. Does academic success lead to a better job and a promising life? What is not taught in our school but is essential to one's career? What should young people do to bridge the academic success and financial freedom?
1. 学术成就与个人发展的关系。优异的学习成绩是否真正意味着理想的工作与成功的人生？有什么学校不会教给你，但是每个人都必备的职业技能？如何才能跨越学术成功与经济独立之间的隔阂？

2. How can we make use of our dreams? Everybody dreams while sleeping, but most of the dreams are forgotten or become vague in minutes after waking up. Is that possible to use our dream to better understand our situation and help us find solutions to our difficulties?
2. 梦，有什么作用？每个人在睡眠时都做梦，但大多数的梦都会在醒来几分钟内被忘掉。能否利用梦境更好地理解我们的内心并且解决所遇到的困难？

3. Procrastination. Procrastination has become a serious issue among modern people. An important reason is that the internet provides too many distractions. How to use the internet to develop a healthy lifestyle?
3. 拖延症是现代人的顽疾，一个重要原因是互联网产生了太多让我们分心的东西。如何利用互联网建立一个健康的生活习惯？

Andy Liao is studying at J.N Burnett Secondary School in Richmond, BC, Canada. He delivered this speech when he was 15. His passions are to develop culinary skills, enjoy his life, and give thoughts that elevate everyone else.

Cindy Hu is currently attending Richmond Christian Secondary School on Grade 10. She is an active participant in various extracurricular activities, community events, service, as well as in debating. She is deeply passionate about environmental protection and making people aware of the grave problems in today's world.

Daniel Li is fourteen years' old and studying in Richmond High on Grade 10. He has the dream on the world and he will share his dream before all the people.

Graduating with a degree (honors) in Speech Communication, David is an award-winning speaker and CEO of Kingfisher Communications, David's expertise in speech communication and coaching has enabled him to inspire thousands to take small steps that yield life-changing results. By teaching others how to become more vulnerable through storytelling with a point, his goal is to create a kinder more connected world that causes an impactful wave reaching far beyond what we can even imagine.

Jason is studying in Sir Winston Churchill Secondary School on Grade 10. As a 14-year-old teenager (when the speech was delivered), he is very diligent and willing to share his thoughts to the public

Jason Yu, a 10-year-old boy, is studying at Vancouver College on Grade 5. His favourite hobbies are football, basketball, soccer, and baseball. He wants to become a future leader

Kate Gao is a 17 years' old teenager studying in Steveston-London Secondary School. She is a positive, lively person who likes smiling, and for that reason, she can get along with other people. She is good at math and science, and she is also a hardcore piano player.

May Fan is 15 years' old. She is currently enrolled at York House School in Vancouver, British Columbia, Canada. She loves watching movies and reality shows with her family, and she also likes to hang out with her close friends.

Life is about energy flow or Qi, says Natalie Nagel, who holds a professional graduate certificate from Cambridge University. She is the Doctor of electrical engineer and has taught over 3,000 engineers. Chinese investment in Israeli corporations tripled in the past 3 years, with $600 million directed to startups (Thomson Reuters, 2018). Why is Israel the ‘Startup Nation’ - does this have anything to do with the human energy flow between Israelis (Israeli Qi)?

Born in the United Kingdom, Peter Scott received a master's degree in Computer Science from Cambridge University in 1983 and went to work for NASA's Jet Propulsion Laboratory (JPL) in Pasadena, California. He moved to Canada in 1999 (now holding triple citizenship) and went freelance, continuing to serve JPL but also writing and speaking. At the same time, he developed a parallel career in "soft" fields of human development, getting certified in Neuro-Linguistic Programming and coaching. Bridging these disparate worlds positions him to envisage a delicate solution to the existential threats facing humanity arising from exponential technology progress. His 2017 book, “Crisis of Control: How Artificial SuperIntelligences May Destroy or Save the Human Race” and 2018 TEDx talk explore that issue. He is now working with coaches from around the world to assist businesses and individuals in surviving and thriving through crisis.

Silvia Yuan is a fourteen-year-old teenager studying in St. John's School. She was landed in Montreal when she first came to Canada. She can speak French, English, and Mandarin. She likes fencing, swimming, and horseback riding.

Originally from Vancouver, Dr. Stan Markotich has served as professor with Simon Fraser University now. Dr. Markotich graduated from Indiana University in the early 1990s and promptly accepted an appointment with Radio Free Europe in Munich where he served as Serbian analyst until the organization's move to Prague. Markotich spent several years in the Czech Republic as research analyst with the Open Media Research Institute before taking a contract with the International Crisis Group and relocating to a permanent base in the Balkans.Dr. Markotich witnessed first hand some of the conflict that gripped the lands of the former Yugoslavia. He has published hundreds of academic and popular articles and book chapters on the Balkans, is the main author of The Independent Media Commission White Paper: Media and Democratisation in Bosnia and Hercegovina and is currently revising a memoir which in part deals with his years in the conflict zones of Southeastern Europe. Stan is team leader and Education Director at Eminence Education Centre/Mingde College， devoting himself and the teachers to helping the students achieve their dreams of university advancement and academic success.

Tim Liu is studying at McRoberts Secondary School, Richmond, BC, Canada on Grade 11. He likes to play many different sports, and his favourite one is soccer.

Tim Weng is studying at Prince of Wales Secondary School on Grade 11. Before he starts the journey of his life, he wants to use a speech to challenge himself

He is 15 years' old studying at Richmond High School. He likes to watch inspiring TED talks and very excited to give a speech on the TEDx stage.

Wayne Bao is studying at St. George's School in Vancouver, British Columbia, Canada. Some of his hobbies are reading, curling, playing a band, Model United Nations, and making models of his historical vehicles. 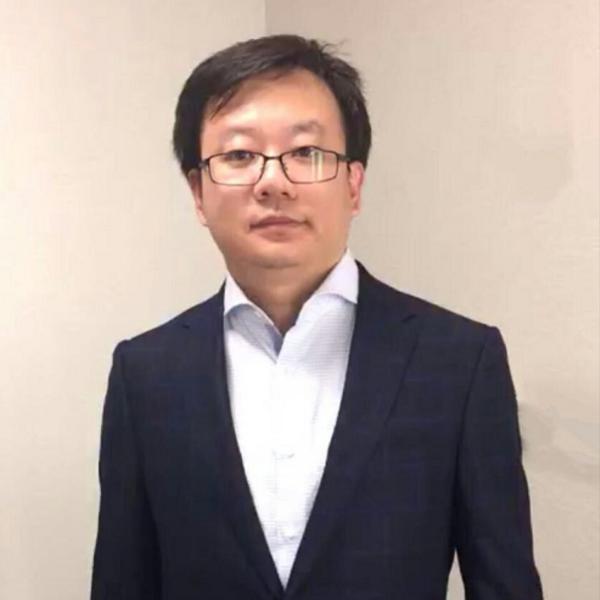