Time is a simple yet powerful concept that has the ability to affect our decisions and stories. As the final tick draws closer, it presents a gateway for people to reflect on their transitions, epiphanies, and visions for better or for worse. While some minutes may last a lifetime, others only last a second. With a minute left to midnight, seize this opportunity to share an idea worth spreading. The TEDxUMiami committee invites you to interpret the theme creatively to express your unique perspective.

Breana Ross is a senior at the University of Miami double majoring in Broadcast Journalism and Political Science with a minor in Africana Studies. She is originally from Maryland, where she first developed a love for service while volunteering at her local homeless shelter. Since coming to University of Miami, she has continued to serve the community through the organization she founded on campus, Written in My Soul. Written in My Soul is a program geared towards teaching youth from low socioeconomic backgrounds how to use poetry as a healthy form of self-expression. Her love for service and education also lead her to study abroad in South Africa where she taught 2nd and 3rd graders in two different townships in Cape Town. She has also been able to combine her love for service and storytelling through her involvement with UMTV, where she tells impactful stories that inform the community.

Cameron Bruce comes from a family of two South African immigrants and frequently travels to Cape Town to visit extended family, giving him a unique global perspective. He is currently a sophomore at the University of Miami studying Biomedical Engineering, with an interest in business. He is most passionate about mountain climbing, with summits of Mt. Kilimanjaro, Rainier, the Breithorn, and the Cosmic Ridge, Mont Blanc. He loves spending time mountain biking and skiing in Park City, Utah, traveling, and spending beach days with friends during the summer. He is hoping his talk will bring the lessons he has learned from mountaineering to shed light on a high-altitude perspective of the qualities of life.

Evelyn Mangold is a senior at the University of Miami. She is double majoring in Public Health and Psychology in her fourth year. At the University of Miami, Evelyn has been involved in raising awareness about sexual assault on campus, through her work with K[no]w More, a campaign she co-created in November 2017. She was a head intern on a sex positive podcast, The Sex Wrap, and interned last semester at the Women’s Fund of Miami Dade. Evelyn is passionate about women’s rights, and is dedicated to pressuring institutions to be proactive, instead of reactive in preventing sexual assault. She believes the best way to combat sexual assault is by facilitating conversation, and starting sexual education when children are young. Evelyn hopes to figure out a career that will intersect policy, health disparities and women’s empowerment.

Haley is a senior studying Marine Science and Biology. Growing up in the landlocked state of Kansas, at a young age, Haley became fascinated with the ocean and its inhabitants. Her passion grew into a career, and next Fall she will be pursuing a PhD in Environmental Science and Engineering to study harmful algal bloom science and aquatic toxicants. Water quality is a growing concern across the globe, with marine plastic pollution at the forefront. In response, Haley has altered the way she consumes plastic goods in her lifestyle. Haley believes everyone can make the same simple switches, to stop plastic pollution and better the health of our world’s oceans.

Kristine Reynardus is a senior studying Public Health born and raised in Miami, FL. Along with her desire to improve the health of others, she has always had a passion for art and graphic design. She hopes to combine these two fields via health interventions targeted at younger generations through social media. Kristine was a head intern for the sexual health podcast, The Sex Wrap, where she produced original content weekly to promote new episodes. She hopes to pursue a career with these combined passions while advocating for human rights and health.

Marian Bacol-Uba is a Conscious Business Coach, Speaker and the Founder of Thriver Lifestyle. She helps women step into their POWER and soulfully THRIVE in life and business. Marian is also a Certified Pranayama and Meditation Teacher and the host of Thriver Lifestyle Podcast and Mondays with Marian on YouTube. In addition to her online coaching and group programs, Marian speaks on conscious entrepreneurship, women’s empowerment and wellness. She merges her 15+ years of marketing, event production and business development experience with her mission to create positive social impact. Marian has been featured on CBS Los Angeles, Thrive Global, Elephant Journal, Bustle, SWAAY Media and over 30 podcasts and publications.

Milind “Mili” Khurana is a Senior studying Neuroscience and Political Science at the University of Miami. He began his college career as a pre-Medical student but switched towards a pre-Law track as he saw his interests change towards more civic passions. He hopes to use his science background as a way to affect change in the healthcare landscape. Mili currently serves as the Speaker of the Student Government Senate and presides over a group of roughly 35 Senators as they pursue projects and ideas to benefit the University. Mili is also a Peer Educator for the Sandler Center for Alcohol and Other Drug Education and is an active member of the Undergraduate Honor Council. Mili is looking forward to speaking about the topic of how time impacts perceptions of success in college aged students.

Ryan is a 22 year-old born and raised in South Florida. Coming from Cuban heritage, he attended Pembroke Pines Charter Elementary School before transitioning to American Heritage school for grades 6-12. Ryan is an alumnus of the University of Miami’s School of Communications after earning a Bachelor’s in Communication, majoring in Motion Pictures. He has been a musician his entire life, playing guitar since the age of 7 and interning at Sony Music Latin and the International Federation of the Phonographic Industry (IFPI) while attending University. He now works full time for IFPI in music content protection (anti-piracy) and is still independently releasing music and films with plans to pursue a full time career in creation. Ryan has been passionate about education reform since an early age, and wants to spread his ideas to his communities with the goal of creating a long-overdue dialogue about updating how our society is educated.

Shravya Jasti is a sophomore studying Neuroscience and Classics at the University of Miami. Passionate from a young age about public speaking, effective communication has been the driving force to achieving her goals. As a junior in high school, she founded Speak for the Future, a nonprofit focused on teaching public speaking and creative writing to students in Adavinekkalam, an Indian rural village, and combating child marriages by increasing education access for girls. After seeing 2 female students pulled out of the school due to the cost, she created an ongoing scholarship to promote girls' education, raising over $4000 to allow 40 girls to attend school without financial burden and build a library. Currently, she teaches weekly public speaking over Skype to her students and attended the Clinton Global Initiative University (CGI-U) this past fall as a Commitments Challenger to expand the mission to even more students.

Sophia Hardesty-Meteyer was born in Guatemala City, Guatemala and raised in Baltimore, Maryland. She is a current freshman at the University of Miami pursuing a BA in Communication Studies and a minor in Political Science. After attending the National Student Diversity Leadership Conference in 2016, Sophia experienced a transformative conversation that taught her the importance of challenging her own beliefs, and being open to learning more about the opinions and beliefs of those around her. With the growing diversity in our country, she believes that its time to break down our personal premeditated opinions and engage with one another in difficult conversations. Sophia believes in the power of vulnerability, and hopes that her story can serve as an inspiration for us to break down our own barriers, listen to one another, and in turn embrace the vast diversity our world has.

Steven Jacobs is a first-year student at the University of Miami, majoring in Political Science and minoring in Spanish. Steven was born in Massachusetts and raised in Wyckoff, New Jersey with his three older siblings Alyson, Kevin and Ryan. Throughout high school, Steven ran track, wrote for the school’s newspaper, and participated in ‘Best Buddies’. Steven continues to participate in ‘Best Buddies’ at the University of Miami, a cause he is passionate about. Steven plans to attend law school after college, aspiring to be a human rights lawyer. Over the past year, Steven has ‘come out’ to his family and friends. While this has been a difficult process, he believes that others can benefit from hearing his story. By telling his truth, he hopes to help others find their courage and embrace themselves.

Suzette Ikejiani received her Bachelor of Science in Education from the University of Miami in 2015 with a major focus in Exercise Physiology. During her time at UM, she developed interests in educational psychology, health disparities, and race, gender, and sexual orientation-based inequity. She served as a Dean's Ambassador in the School of Education and Human Development, President of United Black Students, President of the National Pan-Hellenic Council and is a proud initiate of the Tau Rho Chapter of Delta Sigma Theta Sorority, Incorporated. She is a member of both Iron Arrow and Omicron Delta Kappa Honor Societies and is currently in her final year of Medical School at Baylor College of Medicine in Houston, TX. While at BCM, she’s continued to hone her aforementioned interests and has assisted in various aspects of curriculum development and medical education. Suzette will begin her residency training in Emergency Medicine this June.

Vaidya Govindarajan is 20 years old and was born and raised in Miami. He recently graduated from the University of Miami (B.S. Neuroscience, 2018) and will be starting medical school at the University of Miami Miller School of Medicine in Fall 2019. He is currently a Research Assistant at the Miller School of Medicine, where he conducts research at the Diabetes Research Institute. He is aiming to bring awareness to leishmaniasis, a parasitic illness that afflicts some of the poorest people on Earth. Particularly, he wishes to discuss how drug resistance makes treating this illness so challenging, and how this disease only seems to be worsening in terms of scope and at risk individuals. 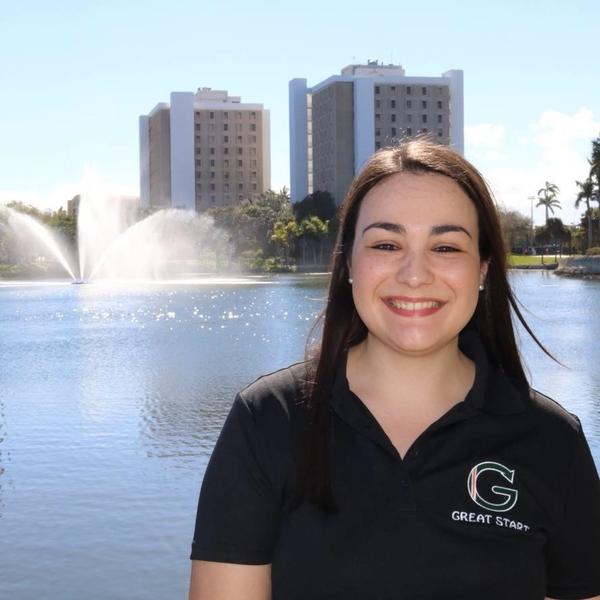 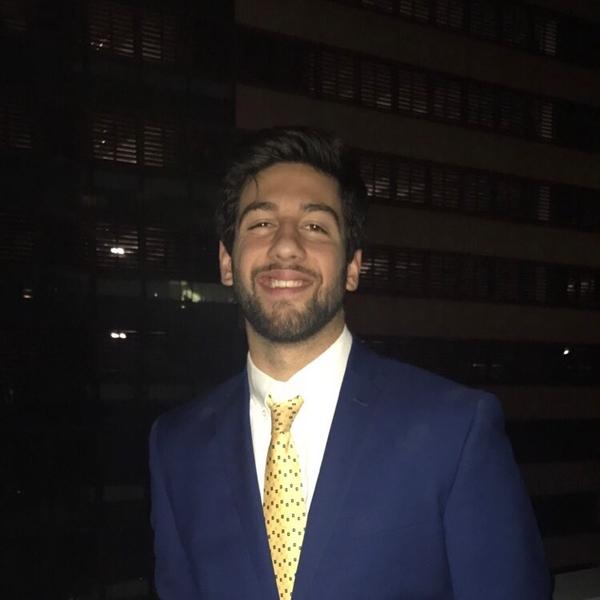