Theme: The New Wealth - Exploring unembodied treasures and the intangible assets of the future

The goal of TEDxYouth@MGIS is to bring together experienced local heroes and sheroes, to give talks that are idea focused on a wide range of subjects sparking conversations that matter. Through this event, we also aim to inspire, encourage and expose the youth of Ahmedabad to be critical thinkers as well as mindful individuals.

The theme of the event is The New Wealth - Exploring unembodied treasures and the intangible assets of the future. It goes beyond the notions of economic/monetary wealth, appreciating and incorporating the emerging trends and patterns of diverse disciplines that hopes to positively impact the society in the future. By bringing a conversation about 'The New Wealth' to the table we intend to look past the obvious interpretation and delve into emerging concepts of abundance and well being in different fields. ‘The New Wealth’ with respect to varying domains could be anything from leading a sustainable lifestyle, to working with the traditional repertoire of movement and infusing it with modern sensibilities.

Save the boiling frog! Climate change is a reality and with air pollution on the rise at an alarming rate in India, immediate yet practical steps need to be taken. Mr. Benjamin Mailian is the co-founder of three cleantech companies. He is the Head of Product at Snugg Pro. that designs and builds software applications and market-driven scalable solutions to help the society become energy efficient and switch from fossil fuels to renewable sources.

Malhar Shah is a seasoned business leader with 18+ years of experience in engineering and marketing. He is the co-founder and CEO of CDS that uses data analytics and automation to help organizations gain a competitive advantage by providing advanced business insights, improving their security posture, and gaining IT agility. Prior to CDS, Shah was the Sr. Director of Product Management for Cisco’s flagship Nexus Switches where he helped the company build a $1.5B+ Data Centre Switching business.

A scion of one of the country’s most historical and privileged families, Mr. Umang Hutheesing grew up in a rich cultural and artistic environment whose lineage can be traced back to 1200 years. With his deep knowledge about the different world cultures and traditions, he never fails to mesmerize us with his charismatic blend of heritage and modernity! He could be very well defined as an Aesthete-at-large who bridges the gap between India’s culture and society through the medium of fashion.

A versatile drummer, vocalist & songwriter Yohan Marshall has formed bands like Marshall & the Mischief, The Family Cheese apart from performing as a session drummer for several bands/projects across the musical spectrum. Apart from performing music, Marshall is into music education & has recently opened a music school, in Mumbai called CounterPoint Music.

Ms. Anju Musafir is an educator with a vast experience of teaching, conducting parenting workshops and training teachers and policymakers. She has scripted and presented nearly 20 films on education including one for the United Nations. Currently pursuing a Doctoral degree in Education at King’s College London, she is also the founder and director of Mahatma Gandhi International School, an international school affiliated to the International Baccalaureate, Cambridge, Edexcel, and Mission Laïque Française.

The swimming sensation of India, and our very own Amdavadi, Maana Patel is the fastest Indian backstroker across all age groups! She etched her name in the history books when she broke Olympian Shikha Tandon’s senior national record. Patel is the first swimmer to have acquired support from the Olympic Gold Quest, founded by Mr. Prakash Padukone (Former World no. 1 in Badminton) and Mr. Geet Sethi (Former World champion in Billiards) under its scholarship programme.

One of India’s leading Kathak artists of her generation, Sanjukta Sinha is known for her unique cutting-edge style, technique, and immense artistry. A solo dancer of distinction, she is one of the few dancers who with her classical-inflected modern vocabulary has made successful forays into the international dance scene. Sanjukta Sinha is the disciple of Padmabhushan Kumudini Lakhia. 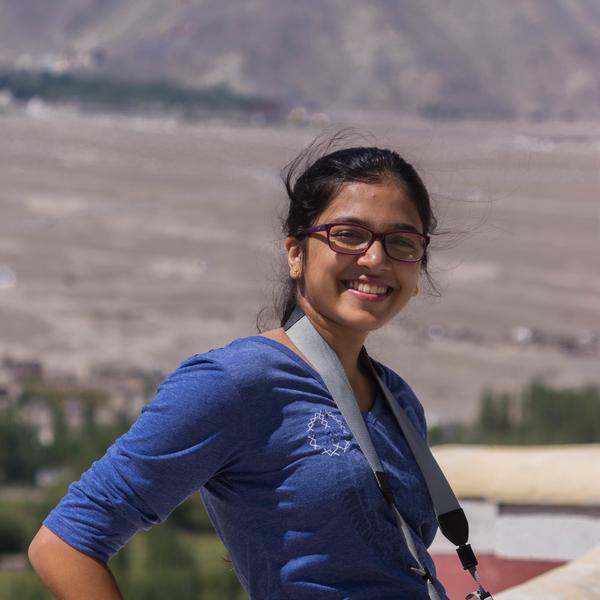