Theme: Explore The Essence of Reality

This phrase refers to the action of examining any kind of theory, fact, or things that exist in this known world with a new form of argument that speakers come up. In addition, this abstract idea can be explored from any corner of perspective and entity without the limit to only specific category or industry.

With such an extraordinary vision set in place, this event will uncover a new light of ideas to be shared with the world.

KlapYaHandz is an independent hip hop and alternative music family that changing the face of Khmer music. We are trying to promote and bring back originality and creativity in to the Khmer music and entertainment world

Alexander Evengroen is one of the premier speakers on Success, Mindset, Leadership and Personal Mastery. He is a Success Coach with over 20 years of experience in training and coaching governments, top management of Fortune 500 companies, TV stars, many SME’s as well as the general public from all over the world. Alexander has been referred to as an Entrepreneur, Solutions Strategist for Business, Public Speaker, Personal and Professional Coach, Author, Mentor, and Philanthropist. In his upcoming TEDx talk, Mr. Alex will be sharing his vision which is to change how people think, how they look at challenges, and how they solve the problems into solutions. As a Success Coach, Alexander has the rare ability to electrify his audience yet deliver uncommonly original and useful insights that lead to individuals doing their best work, teams providing superb results, and organizations becoming unbeatable. He believes all that mentioned above starts with that one person - YOU.

Lecturer of the Institute of Foreign Languages

Mr. Khan Bophan has graduated Ph.D majoring in linguistic from Macquarie University in Australia. After his journey in Australia had ended, he decided to continue being an IFL lecturer. In order to respond to this age of digitalization and enlighten his students, especially the younger generation, Mr. Khan Bophan feels the urge to catch up with the advancement of technology by researching new information. Due to the materialistic world we live in, he wishes to spread awareness about visual literacy in digital and how it affects our point of views. With the burning desire to share the commonly unheard idea regarding Visual Literacy, Mr. Khan Bophan is ready to walk us through the importance of Visual Literacy in helping us to survive through this Generation Alpha in his upcoming TEDx Talk.

IT security officer and lecturer

As an IT Security Officer and a Lecturer, Mr. Chatovong has been striving to ensure that the vulnerability of people won’t be exploited in the breeding ground of social networking sites. Back in 2007, he pursued a bachelor degree in Computer Science and sought to successfully complete a master degree in Cyber Security in the United Kingdom. With knowledge and years of personal and professional experience, Mr. Chatovong has noticed how cyber criminals deceive, persuade, and influence people in order to gather their information, which clearly is a threat to human weakness. This is known as “Social Engineering” and recognized as one of the most dangerous cybercrimes. In his upcoming TEDx Talk, Mr. Sambathchatovong will have you explore more beyond what is usually known when it comes to IT and Cyber Security.

Being born and raised in Siem Reap province, Reaseyh had always been passionate about establishing his own business. As an architecture student at Royal University of Fine Arts, he found himself interested in graphic design, which led him to start a studio called KOUPREY Creative Solutions after graduation. KOUPREYCS is now one of the most well-known and respected brand identity and graphic design agency in Cambodia. As a young serial entrepreneur, Mr. Sao Phol Reaseyh has continued to start a few more startups which include SORSOR Architects and TW Digital. He, on the other hand, believes that design field will continually be flourished as the economy grows and design will be important than ever before.

Lecturer from the Paññāsāstra University of Cambodia, Siem Reap.

Shuji Matsuoka, born in 1979, in a rural area known as Hyogo, Japan. This period gave him a great inspiration to create new kinds of teaching materials without any digital devices and stationeries for Cambodian students studying in the rural area in 2009. Moreover, he realized that although many students study hard, many of them will end up working under the control of foreigners as cheap labor due to their educational quality. If they had the opportunity to understand fundamentally, their life would have become quite different. Fortunately, the terrible situation granted him various perspectives and made him find the solution by creating new teaching materials. In his upcoming TEDx Talk, Mr. Shuji Matsuoka will show you the challenges which have been made to change the world dramatically by his ideas and passion which based on his vision to create new teaching materials. He believes his innovation is innovative, but it is not destructive, for it is a peaceful innovation.

Mr. So Srornos began his musical journey at the age of 13 at Royal University of Fine Arts, Cambodia. After years of hustling to earn his bachelor degree, he was granted a scholarship to pursue his Master's Degree in Music/Piano at Elisabeth University of Fine Arts. His experience in musical performances, including a piano recital at the Royal College of Art, an orchestral CD recording directed by Collegium Musicum Phnom Penh and more, has mastered his skills and his deep passion for music. Significantly, as soloist nominee to perform in Southeast Asian Youth Orchestra and Southeast Asian Youth Wind Esemble Competition (SAYOWE) in Thailand 2003, he achieved the first place in the competition. In his upcoming TEDx Talk, Mr. So Srornos will deliver his speech with the purpose of spreading the knowledge and the importance of the music to everyone's life. With the spirit and passion for music, Mr. Srornos will bring about the insight on how music can be more than just entertainment.

Relocating from a small town at the border, Muygech has been sent to live with her grandparents in Phnom Penh since she was one in order to pursue for better quality education. Growing up in the society where girl should play the doll and boy should play the lego, she broke through the social norms, all the questions and become an architect. During her undergraduate studies, she has received particularly well-rounded education in architecture, complemented by participation of some national and international architecture competition. After returning from her Master of Architecture in UK in 2016, Muygech started her own design studio based in Phnom Penh, BMK Architects. Her vision is to bring betterment to your life through good design. Since on average we spend 90% of our time INDOOR, she believes it’s extremely important to raise awareness of how design can improve our well-being. So that her TEDx talk will be about "Why design really matters for our indoor generation".

Raising young artist in Cambodia on his way to success and bringing new taste of music to the industry.

“I am happy to be different”, said Sam. Not many people dare to go beyond the social categorization and stereotyping to be themselves, but Sam, despite all the odds against him, decided to be who he truly is. With his pure talents and strong passion towards singing and performing, he has started his own metal band in 2012. Even though there were great difficulti es to fit in the society, he grew up out of all the discrimination, challenges, rejections, and obstacles. He continued to build his career in Cambodia’s music industry and successfully launched 2 original albums. Nowadays, Sam is widely recognized as one of the youngest singer-songwriters and a full-time English teacher, but he has come this far, not to only come this far. In his upcoming TEDx Talk, Sam will awaken the crowd and show the reasons why being different from others is important and actually give people what they called a “special life”. 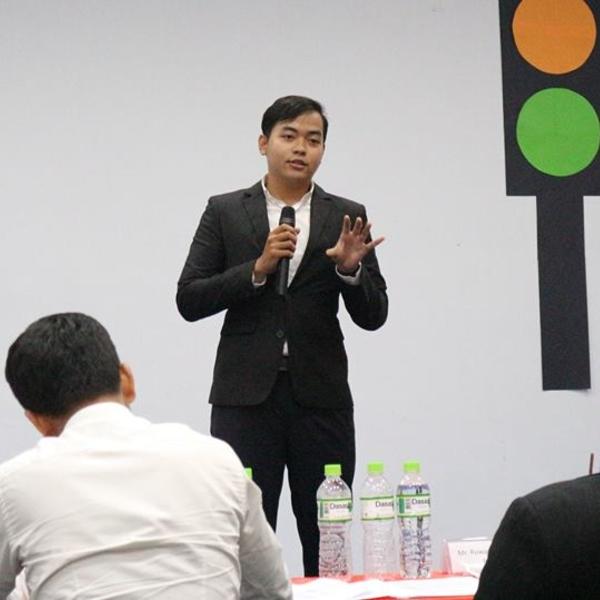 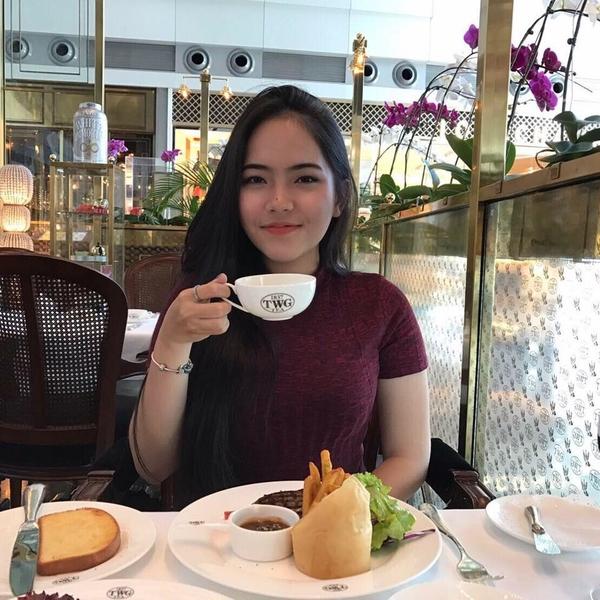