Ben Schernick is a registered social worker, facilitator, mediator and founder of Co-Create Change Consultancies. He grew up in Berlin/Germany, where he left his first career as police detective in 2001, after realising the limitations of the conventional criminal justice system. He then spent almost three years of grassroots traveling, hereby learning about and living in alternative communities (Ecovillages). Engaging in social activism and interactions with people from different social, cultural and spiritual backgrounds provided invaluable experiences and exposed him to alternative ways of handling interpersonal conflict, health issues and social problems. In 2004, he started studying Social Work, specialising in nonviolent conflict resolution, which lead him to Namibia and made him decide to stay. For over ten years, he is now working here with various organisations, communities and individuals on issues relating to teambuilding, conflict resolution, empathic communication, leadership development and organizational change processes. Ben Schernick TED talk title Parenting the Power of Presence & Relationship In early 2014, he completed his Masters in Conflict Facilitation and Organizational Change in the field of Process-oriented Psychology and became registered as a social worker in private practice, as well as an accredited training provider with the Health Professions Councils of Namibia. He is also the co-clerk of the Namibian Quaker Community, enjoying the regular worships in silence, as this allows for a direct encounter with that of God in every human being. In a voluntary capacity, he serves as secretary and senior facilitator of the Alternatives to Violence Project in Namibia, and for the last two years he enjoys the joy, blessings and challenges of fatherhood and intercultural parenting. Ben values good humor, flexibility, creativity and dreaming, while being allergic to dogma and any overly conservative rules and regulations. An example of such clearly outdated rules is forcing employees to come to an office from 8am to 5 pm. Instead, with sufficient mutual trust and flexible mindsets, organisations could grant their workers greater autonomy and self-determination, hereby letting them become much more responsible, effective and efficient.

Hannah H. Tarindwa is a Lecturer of Journalism and Media and student of Monitoring and Evaluation but identifies herself as a Social Scientist. She enjoys reading, writing and travelling within Africa. She cannot stand not having a writing project. As the Founder of Writers Academy Namibia and a published poet, she believes that story telling is a multi-billion-dollar industry in Africa, waiting to be unleashed.

Mohammed Shehu- Analytics Consultant I intersect ideas. I'm a strong believer in the multiplied impact of unrelated concepts, and drawing on a vast pool of knowledge and experience allows me to ask the important "what if" questions that spring forth new business ventures, opportunities and learnings.

Siegfried Lange, completed his Masters in Clinical Psychology at the University of Namibia with a master’s thesis focusing on the development of emotional intelligence. He has 15 years’ experience in Retail, most of which in Management. He has been coaching individuals and teams in Namibia and abroad since 2007. Siegfried is one of the founding partners of Capacity Trust, which is a pioneer in true Namibian Human Sciences. He was a founding member and the president of the Professional Speakers Association 2017 – 2018. Siegfried is a well-known radio and Television personality who has a weekly slot on NBC radio and ad-hoc appearances on Tupopyeni and Good Morning Namibia (NBC Television). His books “True Emotional Freedom” and “Emotionally Debt Free” have proven to be 2 of the most well-known Namibian Emotional Intelligence resources available on the market. His passion for Emotional Intelligence and Freedom has inspired many individuals to become emotionally free themselves.

Thuba Sibanda is a Senior Program Manager at Physically Active Youth, a community-based Sport for Development N.G.O in Katutura, Namibia that is home to 120 children and youth from disadvantaged backgrounds and marginalized communities. She invests her time in several hobbies as they serve as a release from a high-pressure job she is very passionate about – she enjoys writing and motivational speaking because she believes in the inspirational power of sharing your story. Thuba Sibanda is a recent graduate of the FIFA Master -the number Sport Management Master in Europe which admits 31 people from all over the world each year. She’s one of few females from Africa and 2nd of 2 Namibians to have done this course. The sheer belief in her dream has taken her from a small township in Zimbabwe where she was raised to partaking with top sport minds in some of the biggest sport boardrooms in the world. A well-travelled, energetic woman, she draws a lot inspiration from nature and the outdoors -and can sometimes be found owning the dance floor.

Vivette Rittmann-Cultural Analyst I herd cats uphill. Getting a group of strong willed individuals to reach the same goal is my speciality. My drive is to create a digitally literate society, to enable everyone to compete in a knowledge based economy. 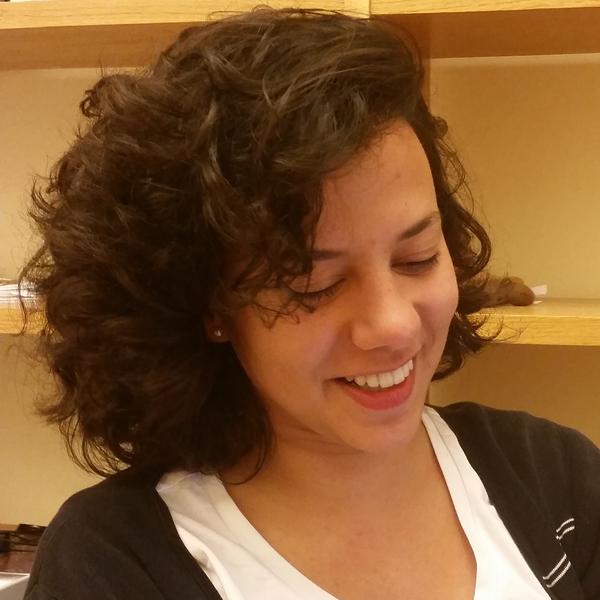