Having a "growth-mindset" philosophy reminds us that to accomplish our goals, we must first be able to dream them into action, then persevere until we achieve. We see these actions in STEAM- related pursuits (Science, Technology, Engineering, the Arts, and Math) every day, but we also see them in the lives of those who view life with a joie d'vivre and the grit to never give up. This TEDx event will inspire others to define, develop, and appreciate grit and determination. To view the webpage, goto: https://tedxtheweissschool.com/home

Aadhya Shah is a ninth grader in Palm Beach Gardens, Fl where she is part of the International Baccalaureate (IB) program. She is the Vice President of the Debate Team and Treasurer of the IB Student Union. In addition to Debate, Aadhya is an active member of the Key Club and the Girls Varsity Tennis Team. Formerly, she was an integral member of her school's Aerospace Public Policy Team, with whom she advocated to Florida senators and representatives on Capitol Hill. Aadhya and the team worked closely with Representative Brian Mast to develop legislation to increase awareness of the CubeSat Launch Initiative (HR-109), which was introduced to Congress in March of last year. When she’s not busy with school activities, Aadhya enjoys time with family and friends, especially watching football and playing tennis.

Alexa Ernce is a middle school student in Palm Beach Gardens, Fl. Alexa’s academic interests are largely focused in science and math, and her favorite classes are Physics and Debate. Alexa participates in numerous extra-curricular activities. She is Secretary of the Varsity Debate Team where she regularly competes in Public Forum. She is also an active member of the CubeSat Team, which developed the WeissSat-1 that was carried on the SpaceX Falcon that launched on December 4, 2018. Because of her involvement in these activities, she advocates on behalf of space policy in DC. In addition to her academic pursuits, she is passionate about community service and serves as the President of her local Lions' Heart chapter.

Congressman Brian Mast is in his second term representing the Fla 18th District. Prior to election, Mr. Mast served in the U.S. Army earning medals including The Bronze Star Medal, The Army Commendation Medal for Valor, The Purple Heart Medal, and The Defense Meritorious Service Medal. While deployed in Afghanistan, he worked as a bomb disposal expert under the elite Joint Special Operations Command. The last improvised explosive device that he found resulted in catastrophic injuries, which included the loss of both of his legs. While recovering at Walter Reed Medical Center, Brian’s father gave him advice that has stuck with him to this day--to ensure the greatest service he gave to our country and the best example he set for his children was still ahead of him. Brian took this advice to heart and dedicated himself to finding new ways to serve our country and his community. I He is a member the Transportation and Infrastructure Committee and the Foreign Affairs Committee.

Chelsea Daley specializes in digital engagement at the Center for American Progress, a progressive think-tank in Washington, DC. Prior to working for American Progress, she worked within the realm of public policy and engagement for several progressive organizations and non-profits with a focus on women. Her passion for advocacy has also led Chelsea to be politically active, working on several campaigns. She graduated with a B.A. in political science and women studies from the University of Central Florida in 2015. Daley is currently finishing her graduate coursework at George Washington University in political management and digital politics. She is originally from Jensen Beach, Florida.

A two-time cancer survivor and inspirational LifeChanger, David Octavio Gandell is an award-winning Life Coach, published author, TV host, and community leader. He has been honored with the prestigious Champion of the Human Spirit & Mogul Survivor Awards. David draws his spiritual, mental, & physical strength from God, even in the face of death. As a Speaker & Host, his engaging demeanor & charismatic personality is surpassed only by his genuine love for others. As a personal trainer, he shares mental toughness & physical transformation strategies with his clients to empower them. His burning desire is to inspire others to live purpose-filled lives that achieve their true potential. David is the founder of LifeChangers4Life, a non-profit organization that benefits children battling cancer.

Janet Ivey is committed to enriching children via live performances, TV, and online programming. With over 25 years in the children’s edutainment and space science outreach sector, Janet first spoke at a 2014 TEDx (AWE: Art, Wonder and Experiential) She has received 12 Regional Emmys and five Gracie Allen Awards for her children’s series, Janet’s Planet, that airs on 140+ public television stations nationwide. Janet is a NASA JPL Solar System Ambassador, on the Board of Governors for the National Space Society, and the Educational Director of the Midsouth Chapter of the National Academy of Television Arts and Sciences. She is a recipient of the New World Institute’s inaugural Permission to Dream Award in 2016 and has won a STEM-FLORIDA Award for the educational video “Exploring Microgravity.”

Mr. Harmeyer is a writer and consultant on the topics of innovative thinking, creative problem solving, and persuasive communication. As a founding partner at SmartStorming, Keith has worked with Google, Under Armour, NBCUniversal, Capital One, and more. He h trained MBA candidates at MIT’s Sloan School of Management in his SmartStorming creative problem-solving methodology. Keith is co-author of the book, SmartStorming: The Game-Changing Process for Generating Bigger, Better Ideas. Before his career in advertising, Keith was a professional singer and actor, and appeared in opera and musical theater productions throughout the country. He is a graduate of Loyola and Tulane Universities, both in his hometown of New Orleans, and is the 2018-19 president of the National Speakers Association’s South Florida chapter. He lives at the beach in South Florida with his wife, Vivian.

Kevin L. Simmons is principal investigator for the WeissSat-1, the first middle school CubeSat launched into space through NASA's CubeSat Launch Initiative program on December 3rd, 2018. At The Weiss School, Simmons leads the CubeSat Development team and teaches Physics, Chemistry and Aerospace. He is trained as a biochemist, and has worked in industry, military and academia. He founded and leads BLUECUBE Aerospace, a small aerospace education company. Prior to the Weiss School he spent six years as a fellow and contractor in the Engineering Directorate at the National Science Foundation. He is the AIAA Palm Beach section Public Policy chair and Florida's team captain for the AIAA Congressional Visits Day. Simmons has received numerous national awards including the AIAA Foundation Educator Achievement Award, The NCASE Crown Circle Award for Aerospace Education, and the Alan Shepard Technology in Education award. He is a 2009-2011 Albert Einstein Distinguished Educator Fellow.

Michael Evrard-Vescio is a tenth-grade student in Boca Raton, Florida. Heavily active in school committees and student council, Michael is the founder of the FAU High School Speech and Debate Team and currently serves as President and Captain of Congressional Debate. He has received numerous national accolades for his performance at invitationals including University of Kentucky and University of Pennsylvania, and he is currently ranked 6th in the nation in his event. He also was the first middle school student to speak at the Humans to Mars Summit in 2017 where he spoke passionately for humans to explore the Red Planet. Michael believes in giving back to the community. He regularly mentors his former middle school debate peers and is the President and Founder of The Bright Blue Bicycle Foundation, which he began when he was eight years old.

Owen Welch is a ninth grade student in Palm Beach Gardens, Fl where he participates in the Advanced International Certificate of Education (AICE) program. He is a member of the school's debate club and JV Basketball team. Owen was an avid member of the Public Policy and CubeSat Development Teams at his former school, which launched their satellite in December, 2018. He continues his aerospace studies with the team and participates in aerospace advocacy by speaking with Representatives and Senators in DC. Owen is passionate about physics, mathematics, and public speaking as evidenced by his selection to present on the opening day of the 2018 Humans to Mars Summit.

Randy Parsley, BSME, MSIE and MBA, is a retired engineer from Pratt & Whitney / Aerojet Rocketdyne. During his nearly forty-year career, Mr. Parsley worked on the design and testing for jet engines, rocket engines, in-space nuclear systems and hypersonic systems. In the early 1990’s, Mr. Parsley worked as a key member of the USAF/NASA DC-X/XA reusable-rocket demonstration team which, in 2013, was inducted into the prestigious International Space Hall of Fame. Today, Mr. Parsley is the Chairman of the Palm Beach Section of the American Institute for Aeronautics and Astronautics. He is also a dedicated environmental conservationist and volunteer at the Loggerhead Marinelife Center in Juno Beach, Florida.

Rhonda Lyons, MBA, Ph.D. C, is the Founder & CEO of NYRAD Inc, an innovative Aerospace and Defense engineering company specializing in customized affordable engineering solutions and disruptive aerospace technologies. She is a results-driven business and operations leader with over 25 years of progressive industrial, operations, manufacturing and business experience. An army aviation veteran and pilot, Lyons is experienced with a diverse breadth of aircraft platforms. At Boeing, Lyons was responsible for numerous teams associated with experimental testing, instrumentation, and certifications. She led several 737 derivative test programs to include the P8 Poseidon under her FAA A&P certificate. Lyons is currently engaged in support of upcoming Gateway & deep space exploration missions. Lyons has been recognized numerous times throughout her career for her dedication to community and commitment to inspiring the next generation of scientists and engineers.

Sophia Jaen is a fifth grade student in Palm Beach Gardens, Florida where her affiliations include Student Council and the National Elementary Honors Society. She has completed many community service projects to support St. Jude Children’s Research Hospital, Palm Beach Children’s Hospital, and other local charitable organizations. She has won multiple awards in Noetic and Perennial Math Competitions. Sophia is currently a National Qualifier in the History Bee. Sophia plans to volunteer this summer at The Learning Center at the Els Center of Excellence and work with students with autism spectrum disorder. Just recently, Sophia went to the Florida Capitol for Florida Space Day to advocate on behalf of aerospace education to the Florida State Senate. At school, she enjoys The Arts, Math, Science, and Intro to Debate. She is an honor roll student and a Rotary Student of the Month. Sophia is hoping to become an advocate for human rights and education and maybe one day a politician.

Stephen Portz is a nationally recognized leader in STEM Education and an Albert Einstein Distinguished Educator Fellow. As a veteran educator in Career and Technical Education for over 30 years, Steve has been a pioneer in secondary engineering education – developing curriculum standards, serving on state and national certification committees for software and testing, and working on a team to establish a nation engineering credential for students. A very early adopter of 3D printing in the classroom, Portz is passionate about working with local manufacturing, training students in industrial and engineering design, and teaching students how to become product developers

Theodore Ouyang is 11-years old and is a 7th grade student in Palm Beach Gardens, FL. As a senior member of the Wolverine CubeSat Development Team (WCDT), Theodore was instrumental in the integration of the WeissSat-1 and currently is the Co-Investigator of the FlipSat proposal to NASA. Theodore is a two time Broadcom Masters nominee, twice being recognized by the Naval Research Institute. Theodore is also an active member of his school's debate team, where he has participated in numerous tournaments, camp, and advocacy efforts in both Tallahassee and DC. In his spare time, Theodore enjoys golf and has even spoken publicly on behalf of First Tee. 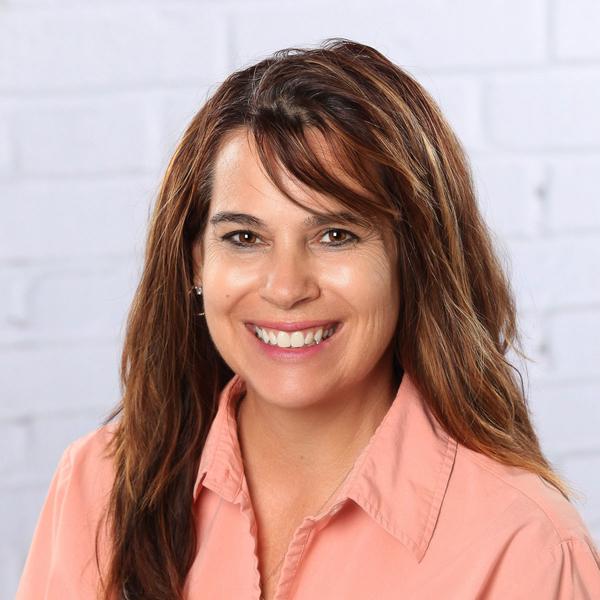