After an exciting 2018 TEDxFortWayne event "Resurgence", 2019 promises even more with "Momentum"! Join us as we present a great lineup of thought-provoking, enthusiastic and accomplished individuals who will inspire, and encourage our audience. TEDxFortWayne Momentum offers a full day of speakers, food and fun in an independently, locally-organized TED-Like environment.

The Power of Abundance: Why It Pays to Give

Aaron Robles is by trade a graphic designer and digital marketing strategist, he has served as a marketing director as well as worked with business owners for over a decade to help them take their business to the next level. He has since gone on to launch several businesses specializing in helping others launch and grow successful businesses. Aaron is a Mexican immigrant who has lived in the United States the majority of his life. He is a Dreamer and an active DACA recipient, which has given him a unique experience in the job market. Aaron founded Founders Spark, a community-oriented business focused on building a community of entrepreneurs, starters, and builders. His goal is to make starting a business accessible for everyone, with a special focus on diversity and inclusion for those who are underrepresented in the entrepreneurship community.

Stuck Standing Still: How to Generate Momentum From the Inside Out

With an enthusiasm that can’t be dismissed, Christie Browning is on a personal mission to encourage, empower and inspire others to explore their possibilities, live out their passions, and discover their potential. Life was heavy-handed in doling out the disappointments, but Christie fought back, owned up to her part of the mess and made decisions to correct the rest. Now, Christie is a sought-after motivational and inspirational speaker, sharing her message and story from stages across the United States. She is an award-winning writer with several first-place nods from the Hoosier State Press Association and has been a contributing writer on several popular sites such as The Huffington Post and DaySpring. Christie also uses her own website to share inspiring videos, blogs, and books. As a coach, she leads women entrepreneurs to build businesses of significance and purpose and specializes in digital marketing for small businesses.

Daniel Jingwa was born on May 17 th , 1960 in Cameroon, West Africa. Thirty years later he traveled to the US after studying Chemical Engineer at the University of Science and Technology, in Ghana. During his time in American he was immediately drawn to the speaking profession. Jingwa went on to pursue communication and leadership at Dale Carnegie center. Following his experiences, he published his first book, “Blue Sky Thinking”. Later, he graduated at the Bill Gove conversational speaking method (Mark Victor Hanson is also a graduate). He has taught Fred Pryor seminars throughout the country.

Shaming the Sick: Substance Use and Stigma

Carolyn Warner-Greer is originally from Portland, Oregon. She is a graduate of Ball State University and Indiana University School of Medicine. She is board certified in obstetrics-gynecology and addiction medicine and currently is a staff physician at the Otis R. Bowen Center for Human Services and the medical director of the Bowen Recovery Center, a new opioid treatment center in Fort Wayne. She is the President-elect of the Indiana chapter of the American Society of Addiction Medicine and speaks frequently in all topics of medical treatment of mental health and addiction recovery. She serves on the Regional Mental Health Coalition and the Perinatal Substance Use Work Group. She has worked extensively in forensic diversion as well as women’s health care and preventative community programming. She lives in Russiaville with her husband, Jerry, and their four children.

Eli Nash is the CEO of JEG & Sons Inc. and the Co-Founder of MicDrop. Eli founded JEG & Sons in 2006 to bring no contract and unlocked phones to US e-tailers and retailers. Under his guidance, JEG grew from a startup to over $200M in revenue, servicing retail giants such as Walmart, Amazon, Best Buy, Target and many others. In addition to his business accomplishments, Eli has taken active role in the non-profit world - sitting on the Board of Lamplighters Yeshivah (a Jewish Day school), JCW (a leading organization in the fight against child sexual abuse) and in an advisory role with Urban Promise Miami (an after-school program servicing little Havana). As Eli held the details of his own abuse secret for many years, he is now passionate about empowering others to speak up and to use their voice to be an agent of change in their communities.

Lost in Translation: How to Speak Millennial to Today’s Workforce

Eric was the Director of Training for Emyth Worldwide and for 19 years has been teaching business leaders to speak “millennial” to their teams and provide opportunities for meaningful, purposeful, productive, passionate, vision-driven work. He is also a father of 6 millennials myself! He sees their passion to do work that matters and their deep frustration with the lack of a moral compass provided by unconscious capitalism and the work environment that is still stuck in industrial-age thinking.

Advanced Search: DIY, Do it Yourself

The answer to most of life’s questions is hard work. Jake Farris is no stranger to answering life’s questions. At 14 years old, Jake joined the workforce. By the time he graduated High School, Jake was promoted to assistant manager of a neighborhood hardware store. Soon after, he moved on to retail management of a big box electronics store. When he reached the top of their corporate ladder, he decided to build his own ladder. In 2005, Jake purchased Studio 13 Tattoo in Fort Wayne, Indiana. In this industry the corporate ladder did not exist. Growth was measured by the hours you worked, so Jake worked all of them. Over the last 14 years Jake has changed the landscape of an entire industry by creating a formula for his peers to follow. Jake created The Explorer Tattoo Conference, the largest learning conference in the industry. Over 2 years, the Explorer Conference has visited 4 cities across the US utilizing 60 presenters & reaching 1500 attendees.

Raising Mothers: It Takes A Village.

Jennifer (Norris) Bermejo is a boomerang resident of Fort Wayne. She was born and raised in Fort Wayne and is a graduate of Carroll High School. After graduating from Indiana University in 2005 with a degree in Apparel Merchandising, she began her career in New York City. She became a mother to two beautiful baby boys in 2010 and 2013. After more than 10 years of working in Manhattan, traveling overseas and newly balancing an active family life, she became torn between East Coast living and her midwestern roots. In 2015 she ultimately decided to move back to Fort Wayne for a better quality of life with the support of family, life-long friends and a blossoming community. Since returning to Fort Wayne she has continued to grow and develop her true passion in philanthropy. Jennifer is a recent graduate of Leadership Fort Wayne and hopes to bring a positive impact to the community as the founder of The Greater Good Fort Wayne..

Bridging the Compassion Gap—Taking personal responsibility in an impersonal world.

Jim Buck brings more than two decades as a technical, content and marketing writer, strategist, curriculum developer, gamification integrator, creative producer and nonprofit executive. His award-winning work has helped many of the world's most-revered brands embrace and build culture, learn new skills and make needed transformations--everyone from the boardroom to the end-customer. Always exploring the fringes of what’s possible, Jim is a ridiculously curious learner, fascinated by the human condition, always looking for ways to change lives and thinking for the betterment of all, which drives both his for-profit and nonprofit endeavors. As a husband and father, he and his wife, Michelle have been married for 25 years, and raised two children. He considers this his greatest blessing and achievement in life.

JoHannah Greene is an advocate for human, environmental and animal rights.Being deeply invested in the welfare, understanding and education of others, JoHannah firmly believes the more we learn from one another, the more walls we can tear down. JoHannah is a self-educated vegan chef, national spokesperson for RAINN, a self-published author and an avid comic book enthusiast. One of her favorite past times is to use her passion for cooking to bring people together over a delicious meal. JoHannah resides in Fort Wayne with her longtime boyfriend and their two dogs.

Let's be advocates for the homeless, not heroes.

Joshua Gale is the executive director of Just Neighbors, a homeless shelter for homeless families in Fort Wayne, IN, and the chairman for the Fort Wayne Area Planning Council on Homelessness. He has also worked in Philadelphia at Philadelphia Lutheran Ministries as a mission developer, and in Lima, Peru as the executive director of Castillo Fuerte--Casa de Misericordia. He holds a bachelor's degree in Philosophy from Illinois State University, a Master of Divinity from Concordia Theological Seminary in Fort Wayne and will graduate this May with an MBA from Concordia University Chicago.

Paige is a Licensed Mental Health Therapist, with a passion to help youth and their parents navigate the world of adolescence. She has spoken all over the nation for parenting groups, family ministries, youth groups, women’s retreats, professional counseling conferences, christian radio stations, and youth retreats. She has worked on TV, radio, and web-based media. Paige is a contributor to the women's marriage and parenting site iMom.com, and can be seen hosting tween show iShine K'nect on TBN. She presently works for Parkview Health as a mental health therapist assigned to Carroll High School & Maple Creek Middle School. Paige is married to Ryan and is the mother of 2 daughters and 2 sons!

Salena Scardina has spent her 25-year career focused on customer service through innovative and differentiated experiences. Her strong belief that business growth is fueled by the human connection, led her to create HeroCX, a customer experience consulting practice. Formerly she was the Senior Vice President of Customer Experience at Sweetwater Sound and supported their raved about world-class service experience. 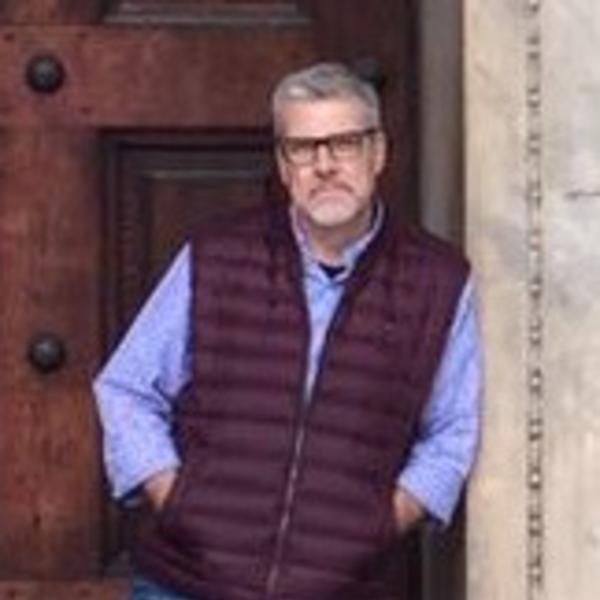 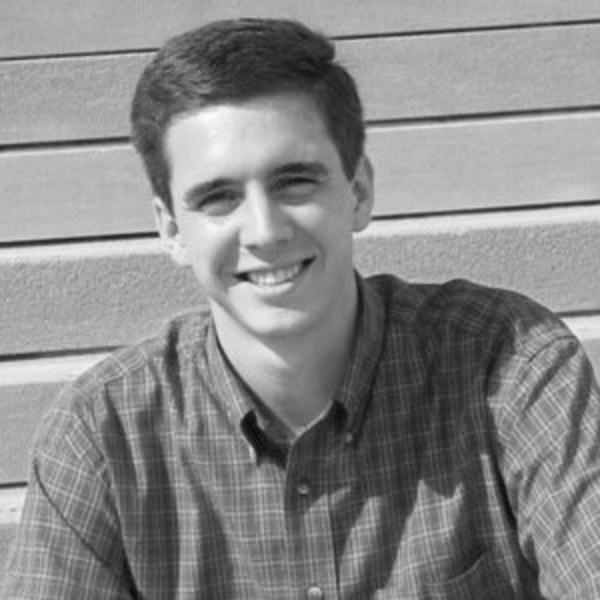