We are all on a track toward the future. But is it the best track? Is it what we really want? Is there a better future out there, if we could only rebuild the one that is looming on the horizon now?
This year's theme asks those questions and more. "ReBuilding the Future" takes on many forms, from thinking about the ways we engage our elders in their later years, to the decision to enhance scientific discoveries within a transparent framework, and from studying the teachers we remember to create better future teachers, to rebuilding non-profits to operate with a stronger business mindset.
TEDxEustis 2019 brings together experts in diverse fields to share their "ideas worth spreading" on a unique stage. This full-day event not only presents 10 dynamic speakers and 3 amazingly-talented performers to educate and provoke, but features plenty of time for participants to interact with each other and the speakers outside of the structured presentations.
Our January 18th, 2019 event begins with registration and early interaction at 8am. The first session kicks off at 9am. After three great speakers and a video talk from the main TED conference, we pause for thirty minutes so that participants can interact in our breakout areas and enjoy healthy and delicious snacks. Our second session features four great speakers, another TED video, and a dynamic performer before participants are invited to take a short jaunt to a local restaurant for a lunch buffet (vegetarian options available). The 1.5 hour lunch break is designed to allow everyone to enjoy new acquaintances and old friends without being rushed. Our third session will see a jamming start with a performance by a fantastic local singer/songwriter, another TED video, and four amazing speakers, all headed toward the end of official activities around 3pm.

Raised in Charlotte, North Carolina, Carman moved to Florida to attend Ringling School of Art and holds a Bachelor of Fine Arts Degree. She spent 25 years in the newspaper industry where she managed the advertising and art departments in Sarasota FL, Fayetteville, AR and Leesburg, FL. She joined the Educational Foundation of Lake County Board of Directors in 1998 and served as the president 2000-2002. In 2004 she accepted the Executive Director position and under her leadership the Foundation has gone from revenues of $200,000 annually to over $1,600,000. Carman graduated from Leadership Lake County in 1999, was inducted into the Lake County Women’s Hall of Fame in 2002, and received the Community Service Judge’s Award in 2008. She resides with her husband Eric Batt and they have 4 children and 6 grandchildren. She says of her job “ for years I went to work and made a corporation rich, now I go to work every day and make a difference in the life of a student or a teacher. “

As a child she picked up on singing and piano from her grandfather Bobby Weinstein who was a famous singer/songwriter and wrote major hits such as " Hurt so Bad, "Going out of my head",and many more. She has learned much of her vocals starting in the church choir, leading to all 4 years in high school, eventually becoming president of her senior class. She has performed for Disney's Candlelight processional , and has even attained bright futures scholarships and a full year scholarship to Stetson University for singing. Though having these opportunities, she has sought playing locally in the Lake county area and has pursued in Singing and playing guitar which she had learned on her own . She continues to spread her love for music and plays with full personality and presence. From covers to originals she presents a pop/country vibe with a upbeat groove that makes you wanna get up off your feet!

Fred Jones is a native Floridian from Bunnell Florida. He has worked in Law Enforcement for over 20 years. Fred is a graduate of the Auxiliary Command Officer School at the University of Louisville and attends Flagler College where he is completing his degree in Public Administration. Fred currently works as a Sgt. in Professional Standards for the Lake County Sheriff’s Office where he also acts as one of the Public Information Officers. Fred’s responsibility also includes being the agencies Crisis Intervention Training Coordinator, working with Livestreams to train his and other agencies in de-escalation techniques. Fred has also trained the sworn members of his agency in the Human Diversity Training titled Racial Intelligence Training and Engagement. Fred states that he is a firm believer in transparency between law enforcement agencies and the community, and will continue to work hard to build a positive relationship with the community.

James Thomas has been playing didgeridoo since the mid 90s. His passion for sharing this Australian instrument has lead many people, who have never heard of a didgeridoo before, into becoming avid players themselves. He has added his unique sounds in several different bands and many venues. He enjoys playing the didgeridoo in his church band, camping, and spending time with his wife Kathy and his pets.

Dr. Julie Hasson is the Nina B. Hollis Endowed Chair in Education at Florida Southern College. In addition to teaching graduate students, Julie is engaged in qualitative research exploring the lasting impact teachers make on students' lives. She founded the Chalk and Chances project, an online community committed to celebrating and elevating the teaching profession. As a a former teacher and school principal, Julie is passionate about making schools better places for teachers to teach and students to learn. Julie speaks to groups across the country about her research. She is also the author of Unmapped Potential: An Educator's Guide to Lasting Change.

Lea Tran uses her knowledge, experience, and time to compassionately promote social development in her community in South Lake County, Florida. Her upcoming memoir, "I Did Not Miss the Boat: A Journey to Heal the Invisible Wound," highlights her personal struggle to overcome the trauma of war, poverty, and social isolation. Lea is a graduate of Villanova University and began her career as an organic chemist at Wyeth and Merck & Company Pharmaceuticals for seventeen years, where she was co-inventor of several patents on anti-HIV drug discovery and development. Prior to moving to Florida with her husband and son in 2015, Lea owned and operated Distinctive Designs, a high-end window drapery business for ten years. Lea is currently employed as Sales and Marketing Manager at South Lake Tablet, an online news forum.

Lisa raced for 20 years as a professional triathlete winning 11 Ironman and 16 Ironman 70.3 events. During that time, she learned and lived the tactics for being a champion whether in sport, business or life. But Lisa was the most unlikely champion. She has cystic fibrosis, a life-threatening genetic lung disease. But she turned cystic fibrosis into a gift and found a way to squash her genetic blueprint with a sturdy work ethic, fierce desire, clear goals and an unwavering belief in self. Now she help others learn how to win in life and how to be the best they can be with the cards they’ve been dealt. Lisa has a honours Math, Computer Science and Teaching degree and splits her time between Clermont, Florida and Caledon, Ontario, Canada. She has been inducted into the Triathlon Canada Hall of Fame and has recently authored her first book, An Unlikely Champion.

Michelle has worked with nonprofits for over 20+ years. She began her nonprofit work with delinquent youth on a wagon train and now works to develop community through United Way. She is driven by the passion of improving the quality of life for individuals and creating a better world for the next generation. In order for this to happen- Change must occur in individuals, business, and government. These changes don't happen easily but they begin with one.

A student at Harvard University, Nabeel Quryshi's award-winning research focuses on developing novel therapeutics to combat coronary artery disease and the effects of chemotherapy on the cardiovascular system. Having won the Best of Fair – 1st Place Grand Award at the Badger State Science & Engineering Fair the last two years and the First Place Grand Award at the 2017 Intel International Science and Engineering Fair (top 40 projects in the world), Nabeel most recently was awarded the prestigious Best in Category Award in the Biomedical & Health Sciences category at the 2018 Intel International Science & Engineering Fair. This distinguishes his research as the top biomedical project in the world, bestows the privilege of having an asteroid/minor planet named in his honor and awards him the opportunity to attend and present his work at the Nobel prize ceremony this December. He was also recently named as a 2018 Coca-Cola Scholar and a 2018 U.S. Presidential Scholar.

Sabrina Sterling is a mom, a teacher, an artist and a computer geek who serves as a Technology Instructional Specialist in a Pre K-12 school system. Her main focus is administering the student longitudinal data and test-generating system. She also teaches computer applications, working primarily with multimedia and productivity programs, and is a Google Apps in Education Certified Trainer. On nights and weekends, she shoots with a Canon – camera that is. Photography is a creative outlet that resets her mind for the workweek. Sabrina is passionate about ‘Bridging the Digital Divide’, the gap between the technology haves and have-nots. She enjoys empowering others and helping them tap into their untapped tech potential.

A 2nd Degree Black Belt in Karate, Sine Wallace holds a Bachelor of Science degree as well as certifications in Personal Training, Weight Management, Senior Fitness and Weight Management. As an extensively certified health coach and personal trainer, she is dedicated to help people improve their lives by maximizing their health and fitness. Originally from Turkey where she trained as an engineer, Sine met her husband, martial arts world champion and successful personal trainer Lincoln Wallace, in Canada and the pair soon moved to Florida, where they opened Wallace Fitness. Today, as the CEO of Wallace, she has launched a new and innovative stretching service, sineStretch designed to help relieve the effects of stress and tension in clients. Sine is an active member of the community and focuses on teaching people how to reach their health and fitness goals – no matter what their age.

Tom Hofmeister has more than 38 years experience in Central Florida as a business owner, entrepreneur, and community leader, with a reputation for vision, integrity, and performance. His years of conception to completion oversight of multi-million dollar, high-end custom residential and commercial projects, and his passion for elder care, evolved as Hofmeister discovered an opportunity to create a new culture for the assisted living business. As founder of Elderfire Lodges, Tom continues his elder care innovations, believing he can make the assisted living lifestyle one of the most exciting and adventurous times of a person's life. 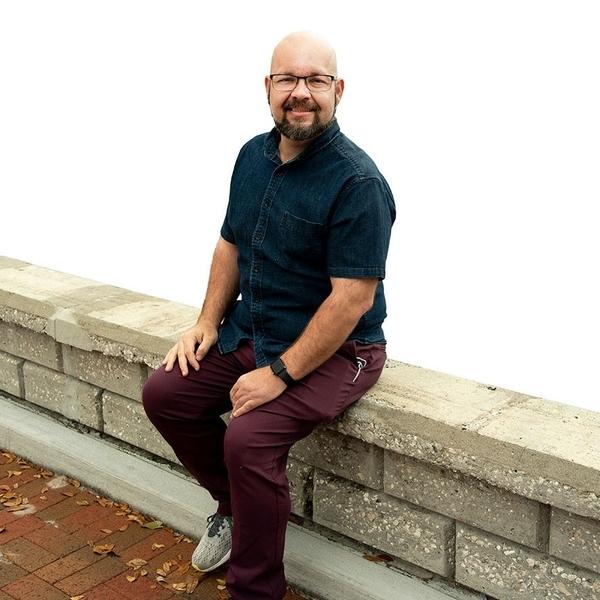 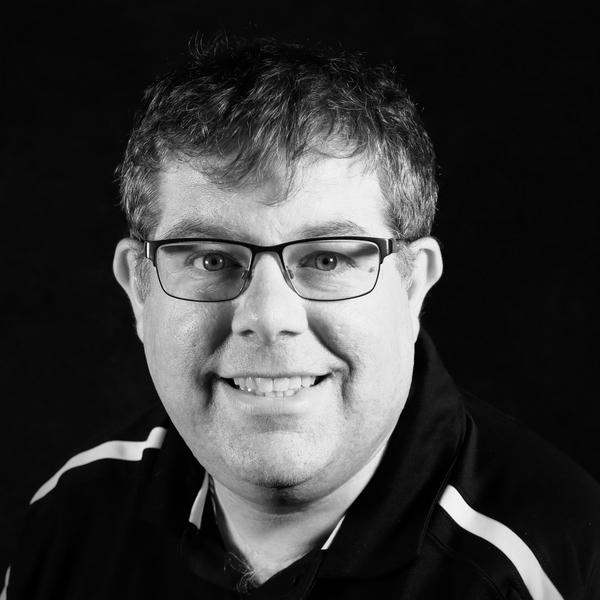