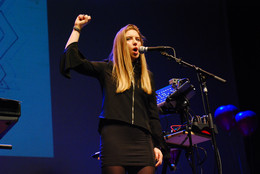 TEDxGalway’s mission is to help raise the level of intellectual and rational discourse in these rather challenging times. Tonight we will be looking at combatting coastal erosion, digital medical care delivery, social inclusion, reinventing the monetary system, human sexuality, all while been driven by cultural beats and the sounds of nature, and showcasing many very different forms of human creativity at play here. If there is one underlying theme it is working with nature and culture while using cutting edge technologies to ensure a better future for the people coming behind us.

Anna Mullarkey is a multi instrumentalist composer, performer and producer. Specialising in piano, synth and vocals. Her compositions vary in style from folk, jazz to electronica. She is co-founder of, and co-writer for the band My Fellow Sponges who have released two albums and an E.P and receive regular airplay on Irish radio. Anna is currently working on her new solo electronic project weaving her voice with analogue synthesisers to create atmospheric electronica

Challenging social norms is never easy, but, Colin argues, our social norms have created a crisis - and challenge them we must if we are to move to the next phase of our continuing evolution. Colin R. Turner, author of two best-selling books and the Free World Charter, paints a compelling argument for an open access economy - a post-money world that works for everyone, not just a few.

Damien Quinn has been recognised as an accomplished bodhrán player for over 30 years. In that time he has worked with people like Donal Lunny, Elvis Costello, Riverdance, The Ó Riada Retrospective and The Notions. He has also toured extensively and has recorded with various traditional and rock ensembles. Damien has a primary degree in History and Politics from NUIG and has an M. Litt. in History. This has led him towards an exploration of the possibilities of combining historic and political commentary with rhythm. Bodhar, a solo piece for bodhrán consisting of 3 movements, is his latest experimental composition and is the product of that exploration. The word bodhrán is derived from the Irish word bodhar, meaning deaf or deafening. Therefore, the bodhrán in this composition becomes the voice of social consciousness exploring the key issues of the day.

Derek O’Keeffe is a doctor and an engineer. He is currently Professor of Medical Device Technology at NUI Galway and a Consultant Physician at University Hospital Galway. He has previously worked with NASA as a flight surgeon on their NEEMO mission and has also put a biomedical experiment in orbit on the International Space Station to monitor astronaut health. He is fascinated by the potential of STEM to improve medical care and his TEDx talk will explore new paradigms of healthcare delivery.

Dr. Eugene Farrell trained and worked in the USA for 14 years in coastal science and is now applying this expertise to coastal and marine management in Ireland. His pragmatic approach is that we need to work in the knowledge that our ‘natural’ geomorphic systems will no longer be fully natural; they will be impacted by our actions; they will be host a myriad of stakeholder interests that are often conflicting; and that many of our natural geomorphic systems are being ‘squeezed’ out of existence from natural and human pressures.

Kate is a sex researcher and educator. Her research focuses on young people's use of Internet pornography. She is developing an evidence base for the development of a youth-centred pornography literacy intervention for teenagers, which aims to promote critical engagement with pornographic content. Kate is a passionate advocate for sexual health promotion and works on the “WISER” sex education programme developing and delivering sexual health education workshops in Irish schools and universities

Maryjane Claydon moved to a yurt in a home educating community in rural France to escape the rat race. Deeply impacted by emergence in Nature sounds, she hosts a podcast of hope recorded in the forest as an antidote to the despair of the mainstream news.

Steven Sharpe is undoubtedly one of Ireland's best kept secrets. He has been performing his own brand of out'n'proud music around Ireland for the past 6 years and has made quite a name for himself with his electric live shows. Steven has a veracious, witty, and soulful style which blends music, humour and storytelling 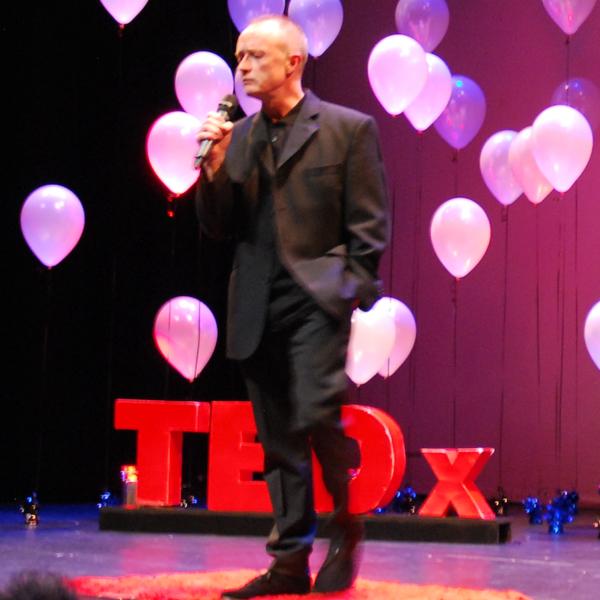 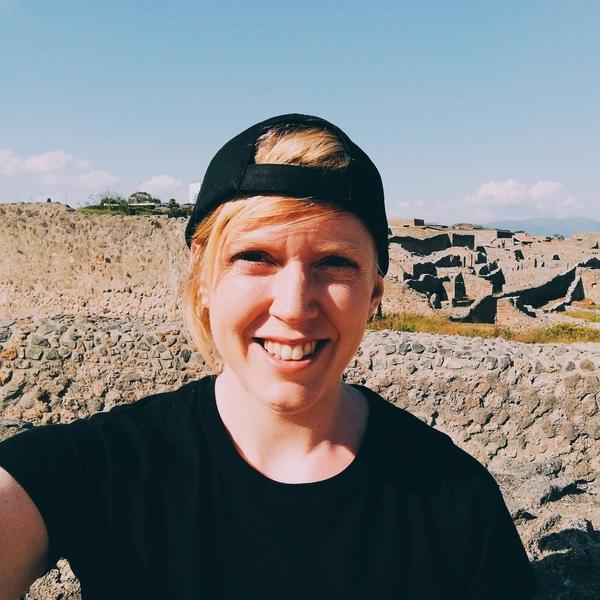