The theme for TEDxP&G Singapore 2018 is “What If?”. All our speakers have asked this question in one way or another in their lives. Their “What if?” moments will guide you to dream with a purpose, to unleash your imagination through action, and to inspire you to courageously break the status quo. Let us know your own “What If?” questions after the event!

After starting her P&G career on the manufacturing floor of a Health & Beauty plant 29 years ago, today Alex is in her dream job, leading P&G’s global Beauty organization and guiding the growth of almost 20 brands & 10,000 employees around the world. Fueled by a passion for brand building and a keen eye for business strategy, Alex has created breakthrough innovations and led several global business turnarounds, while also running in 5 marathons and (most of the time) getting a solid night of sleep.

Alex is a robotics engineer and product manager at SoftBank Robotics, the pioneering company behind the Pepper and NAO robots. She is also the co-founder of IDDACT, a non-profit association dedicated to increase education accessibility through technology. Using her research at Harvard, MIT and George Washington Universities, Alex hosts seminars aimed to help people develop the skills necessary for career readiness in the evolving tech industries.

Deryne was called to the Singapore Bar in 2009. She started her legal career as a litigation lawyer and later joined various TV networks as inhouse legal counsel. After taking a peek out of the closet, she joined the organizing committee of Pink Dot Sg in 2013. Aside from volunteering with Pink Dot SG, Deryne is also a contributor to the "Same but Different" legal guidebook for LGBT couples and families in Singapore.

Major Nah Jinping is the only female operational F-15 fighter pilot in the Republic of Singapore Air Force (RSAF). She has been flying the F-15SG for over four years and has logged over 500 hours of flight hours to date. Major Nah holds a master's degree in learning technologies from the University of Michigan. She initially wanted to become a lawyer, but took up an SAF Scholarship to pursue a career in the RSAF.

Kacper Lepicki is a 12-year-old pro kite-surfer from Poland. He has been living most of his life abroad in Asia. Kacper is a 2016 Junior World Champion in category of U11 and a 2018 Junior Vice-World Champion in category of U14. By connecting his kitesurfing and travelling knowledge he combines it with his school studies and has achieved the best results in both categories.

Mike Peng is a Partner, co-managing director and co-founder of IDEO Tokyo. In his role, Mike works with colleagues to set the strategic direction of the business in Japan, mentor designers, create new offerings, and lead client relationships and projects in Asia. Mike has taught at New York University’s Robert F. Wagner Graduate School of Public Service and Copenhagen Institute of Interaction Design (CIID). He's also a visiting lecturer at University of Tokyo, Keio University, and Kyushu University.

Nagin Cox realized her childhood dream of being an explorer by joining NASA’s Jet Propulsion Laboratory. She has been a spacecraft operation engineer at NASA/JPL for over 20 years. She has held leadership and system engineering positions on interplanetary robotic missions including the Galileo mission to Jupiter, the Mars Exploration Rovers, the Kepler exoplanet hunter, InSight and the Mars Curiosity Rover.

Neil Bearden is an Associate Professor of Decision Sciences at INSEAD. He holds a PhD in Cognitive Psychology from The University of North Carolina at Chapel Hill. He teaches courses on decision making, storytelling, and ethics. His main research question is "How can we improve our daily practices to increase our performance and live excellent human lives?"

Nicole balances her days as an Olay Brand Manager in APAC helping women become #FearlessAtAnyAge and training as an age group triathlete. Nicole races in the full and half Ironman distances around the world, ticking off travel bucket lists along the way. She’s also aiming to finish the 6 World Marathon Majors by 2022. In her past life, Nicole was a ballet dancer for more than 18 years.

Co-Founder and Partner at Greater Than X, Author of The Trust Economy

Philipp believes trust drives our digital economy. In a whirlwind career he shaped the Asian innovation activities of several Fortune 500s and helped some of the most successful Singapore start-ups (such as Circles.life) transform their industries. Philipp was selected to be a WEF Global Shaper, Kairos Fellow and St. Gallen Symposium Leader of Tomorrow. Philipp has contributed to Forbes, Esquire and Economist Intelligence Unit. In his free time, he is an avid yogi.

One of the only 22 hearing-impaired priests in the world

Father Rowland Yeo is the first hearing-impaired Catholic priest in South-east Asia, and one of only 22 such priests in the world. He used to struggle in school when he could not lip-read his teachers who walked about the classroom. He initially studied furniture making but then a more spiritual calling beckoned, which upended his life and took him to USA, Peru and the Philippines.

Founder of Green Is the new black

Stephanie is a marketer, event organizer and avid connector of conscious individuals and brands. Previously she spent four years working for an international events agency, planning luxury events and fashion weeks around the region. Until she had an awakening and now designs events to wake people up, but in a fun, empowering way so that all of us can live more consciously so that we can be happier, healthier and lessen the burden on the planet.

Subhas is an artist from Singapore who seeks to share perspectives of the world around him and engage with people from different walks of life through his music and lyricism. Subhas released his debut album ‘Not A Public Assembly’ in May, tackling a range of socio-political issues in Singapore. You will also see him working on writing workshops focused on rap therapy and paneling at the Singapore Writers Festival in November.

Scientist at Genome Institute of Singapore

Dr. Swaine Chen is a Senior Research Scientist in Infectious Diseases at the Genome Institute of Singapore and an Assistant Professor of Medicine at the National University of Singapore. A major aspect of his work is using DNA sequencing to detect and understand outbreaks of infectious diseases, especially those that are unexpected, like the Group B Streptococcus outbreak associated with Yu Sheng fish in 2015 in Singapore. 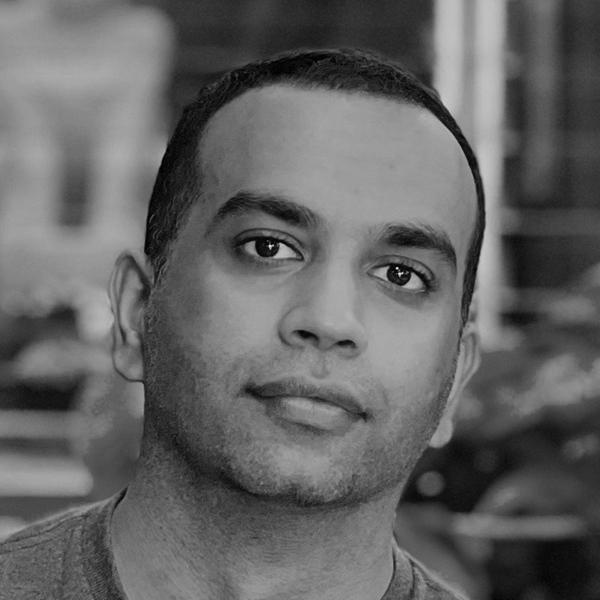