TEDxSistrunk is an independently organized TED event which combines TED talk videos, live speakers, and performances to spark deep discussion. This year, we are excited to feature great live speakers and the voices of our young people in the community.

Ashley L. Eubanks is the epitome of a changemaker. Known for her contagious laughter and bubbly personality, this educator is creating a legacy of giving. After seeing a homeless woman bleeding through her clothes, she had to do something! After research she became aware of the lack of feminine hygiene items for homeless women she immediately took the initiative to make a change. This is where The Beauty Initiative Inc nonprofit was born. In 2016, she used her 30th birthday to collect menstrual supplies. In which she named the inaugural initiative, Help Her, period. Ashley shared her vision to help those forced to live on the streets in her community. In less than one year Help Her, period collected and successfully donated over 200,000 items. To date The Beauty Initiative Inc. has dispersed over 375,000 hygienic items. Including over 40 organizations hosting donation drives and her signature packing event to benefit their community. Monthly, Ashley and The Beauty Initiative team distributes over 1,000 hygienic supplies to local shelters and inner-city schools. Recognized on NBC Channel 10 “Faces of the Future”, Legacy Magazine “Top 40 under 40 of South Florida”, Women Expo “Woman of the Year”, Visionary of the Year and other outlets as she continues to spread her mission and love.

My name is Brandon Dasent. l am a senior at Marjory Stoneman Douglas High School. Thought yes, l began advocating against gun violence after the Stoneman Douglas Massacre; gun violence was something that l was always familiar with (growing up in one of the toughest hoods in South Florida) l, as well as Mei-Ling Ho-Shing, Tyah Amoy-Roberts, and Kai Koerber all co-founded the Student coalition known as S.T.O.R.M. (which stands for Students Tactically Organizing Revolutionary Movements) where we have taken the nation *by STORM* with our main initiatives which include: shedding light on the common links between gun violence in urban communities and affluent communities, registering first time/irregular voters, as well as contributing ideas and solutions to end gun violence in both affluent and urban communities.

"My mission is to cause and support positive, systemic change to happen for businesses, organizations and communities through event management and leadership development. After graduating from the University of Central Florida and working with companies like Coca-Cola and Lebhar-Friedman, I took my love for connecting, management and people to start The Idea, Inc. in May 2010. As the owner I manage million-dollar marketing budgets, multiple teams and liaised with governments and corporations in order to launch businesses and large scale events and projects. She is currently the Co-Chapter Director for New Leaders Council in Broward County Florida. She also serves on the Broward County Cultural, Arts and Business Council of Miami and the Community Outreach Vice-Chair for the South Florida Youth Summit. I also recently lead the local South Florida team to raise 1.4 million dollars for the Florida AIDS Walk and its beneficiaries and lead the local South Florida team on legislative affairs and community engagement and advocate for affordable housing. I have spent my career providing the resources and organizational structure for businesses and nonprofit organizations, further providing companies with project and campaign management, an increase in their bottom line and a greater capacity to grow and sustain their business."

Joevahn is a former Army Captain who works as a technologist for a global company. He consults government agencies as they transform their operations by integrating digital technologies. Joevahn is also an activist who is passionate about increasing voter participation in communities of color. He completed the computer science engineering track at the U.S. Military Academy at West Point and the Executive MBA program at Villanova University. While deployed to Iraq and assigned as an embedded adviser with the Iraqi Army, Joevahn advised government officials on security issues as they prepared for their elections. His business experience includes six years in operations management roles with three Fortune 500 companies and he spent two years as an entrepreneur helping small businesses access capital, contracts and mentorship opportunities. Joevahn and his wife, Shannon, have been married for 15 years and have a 11 year old son. They are residents of Broward County.

Stefan is the Co-founder & CEO of Noirbnb, an accommodations, experiences provider and concierge service created for the African diaspora and other people of color. Stefan was inspired to start Noirbnb due to discrimination he and others faced while using Airbnb. Noirbnb is meant to be a safe and welcoming platform for everyone to travel, no matter their race or ethnicity. Prior to founding Noirbnb, Stefan was an MC, producer, photographer, and founder of independent record label DOPE SINCE '88. The "DOPE" standing for Driven On Positive Energy. He's worked on events with Red Bull, SXSW, A3C, and others. He attended the Art Institute of Washington, D.C. where his focus was on Film & Music. He is of Jamaican descent and his knowledge of Jamaican as well as Caribbean culture and history is boundless. He currently resides in South Florida 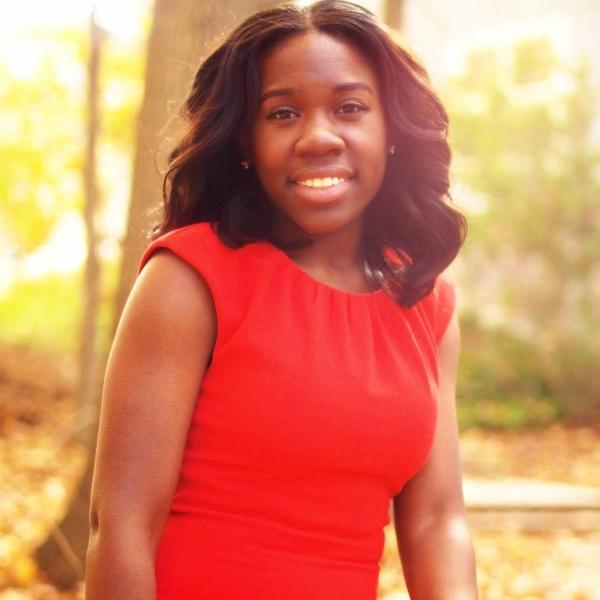