TEDxUF strives to connect the bold ideas of both the University of Florida and the greater Gainesville community. The University of Florida is rising as a current top ten public institution, producing cutting edge research and students entering the workforce at highly competitive levels. Combining this energized, top-tier research community with the vibrant artistic and cultural community of Gainesville creates a unique audience for TEDxUF.

We are celebrating the 10th annual event of TEDxUF and we are dreaming bigger, bolder, and more audaciously than ever before. This year's theme is Legacy, which embodies ideas that are rooted in the past, shaped by the present, and guide our future. Together with our inaugural TEDxUFSalon series, community volunteering and TEDx Adventures, and more, we are excited for you to join us in changing the world.

Akil Reynolds is an undergraduate senior, graduating May 2019 with a Bachelor in Public Health and a minor in Health Disparities in Society from the University of Florida. He is originally from Cresco, Pennsylvania (located in the Pocono Mountain, PA) but graduated from Terry Parker High school in Jacksonville, FL. During his tenure at the University of Florida, he has served various populations on and off campus through his involvement as a student intern at the Alachua County Health Department, Residential College Advisor in the Hume Hall Honors College, and a Wellness Educator with the GatorWell Health promotion. Akil also served as a Director of Gatorship, a social justice and diversity retreat, which he attributes to being the awakening for him on his justice-oriented advocacy journey. In Akil’s current role as the Black Student Union President he serves as a black student advocate where he also focuses on inter-community healing.

Akito Y. Kawahara is a professor and curator of Lepidoptera (moths and butterflies) at the University of Florida. He has been fascinated by these insects ever since he was a child. His research group studies many aspects of moths and butterflies, from ultrasonic hearing in moths against bats, the genetics of silk production, and butterfly color patterns. He travels regularly to the deep jungles of the Amazon and Borneo study moths at night. As a curator of the McGuire Center for Lepidoptera and Biodiversity, he is in charge of maintaining one of the largest collections of butterflies and moths in the world. He also regularly engages with the public and speaks about the importance of nature.

Dr. Anna-Lisa Paul is a Research Professor in the Horticultural Sciences department at the University of Florida, in the program of Plant Molecular and Cellular Biology. She is a plant molecular biologist with an interest in how plants respond to abiotic stress, particularly at the gene expression level. Dr. Paul and her colleague Robert Ferl have launched and analyzed ten spaceflight experiments between 1999 and 2018, which primarily explored the effects of the spaceflight environment on the patterns of gene expression and signal transduction in a model plant. Current research is focused on evaluating the epigenomic responses of Arabidopsis to the spaceflight environment. Paul has also served the space biology community as the Editor in Chief of the journal Gravitational and Space Research, as a member of the ISS Standing Review Board, on the GeneLab Science Council, and as the President of the American Society for Gravitational and Space Research.

The University of Florida Belly Gators is an organization which aims to provide a safe and supportive environment for members to practice the belly dancing technique, learn new skills, study other related dances, and collaborate with other student organizations.

Associate Professor of Electrical and Computer Engineering, University of Florida

Daniela Oliveira is the IoT Term Associate Professor in the Department of Electrical and Computer Engineering at the University of Florida. She received her B.S. and M.S. degrees in Computer Science from the Federal University of Minas Gerais in Brazil. She then earned her Ph.D. in Computer Science from the University of California at Davis. Her main research interest is interdisciplinary computer security, where she employs successful ideas from other fields to make computer systems more secure. Her current research interests include understanding and addressing cyber deception and phishing from a neuro-psychological perspective. She received a National Science Foundation CAREER Award in 2012 for her innovative research into operating systems' defense against attacks using virtual machines, the 2014 Presidential Early Career Award for Scientists and Engineers from President Obama, and the 2017 Google Security, Privacy and Anti-Abuse Award.

Corey Cheval is the founder & director of the Gainesville Circus Center, a non-profit performing arts school. She is also the owner & operator of AscenDance Entertainment, providing professional entertainment services and specializing in circus arts, dance and music.

Joey McGinn is an undergraduate student at the University of Florida studying Political Science and a student in the UFTeach Program. For the past two years, he has worked with Housing at UF as a Resident Assistant, creating inclusive communities one group of residents at a time. He is a proud Queer Educator, serving as an Assistant Director for Gatorship, the social justice initiative for UF, and through teaching a course for the Honors Program called “LGBTQ+ Characters in Science Fiction.”

Laurie Mintz is a psychology professor at the University of Florida and a psychologist in private practice, who is passionate about spreading scientifically-accurate, sex-positive information. She teaches a popular Psychology of Human Sexuality course, and is the author of two books aimed at enhancing women’s sexual pleasure: Becoming Cliterate: Why Orgasm Equality Matters and How to Get it (HarperOne, 2017) and A Tired Woman’s Guide to Passionate Sex: Reclaim Your Desire and Reignite Your Relationship (Adams Media, 2009). Both books have scientific studies demonstrating that they enhance sexual functioning in women who read them.

Dr. Lisa Merlo is an associate professor of psychiatry at the University of Florida College of Medicine (UFCOM). A clinical psychologist by training, her research explores the prevention and treatment of potentially-impairing conditions among physicians and other health care professionals. Dr. Merlo currently serves as Director of Wellness Programs for UFCOM, focusing on the promotion of well-being and professional fulfillment among faculty and trainees. She works part-time to better balance her professional passions with her other dream jobs as wife and mother of four.

Born in Caracas, Venezuela, María Eugenia Zelaya is a first-generation immigrant in the United States. She has been teaching Spanish at Eastside High School in Gainesville, Florida since 2008. She has been the faculty advisor for several student organizations and involved in different non-profit organizations in her community. Mrs. Zelaya received a Bachelor’s degree in Political Science from the University of Florida, and two Master of Arts degrees from the University of Florida (Latin American Studies 2002 and Political Science 2006). She took part in the 2015-2016 Teachers for Global Classroom Program and participated in the International Field Experience in Colombia. She participated in the 2017-2018 Peace Teacher Program of the United States Institute of Peace. She was selected as the 2018-2019 Teacher of the Year for Eastside High School and as one of the three finalist for the 2019 Teacher of the Year for Alachua County.

Natalya earned her Bachelor's degree in Family Youth and Community Sciences and Master's Degree in Health Education and Behavior Science from the University of Florida. She is currently pursing her Doctorate in Educational & Organizational Leadership at the University of North Florida. Natalya has been nationally recognized by Boys & Girls Clubs of America for winning their highest honor, the "National Honor Award for Program Excellence" four consecutive years during her tenure as Vice President of the Boys & Girls Clubs of Alachua County. In her role as Executive Director of Pace Center for Girls, Alachua, Natalya is a member of the leadership of a statewide organization that provides life-saving holistic services to at-promise teenaged girls. Natalya is extremely passionate about sharing her ideas for transforming leadership within organizations.

Oliver Telusma is a spoken word poet, public speaker and Juris Doctorate Candidate at the Florida A&amp;M University College of Law in Orlando, Florida. He earned his B.A. in Political Science from the University of Florida in 2018, where he worked as a research coordinator for the Samuel Proctor Oral History Program for two years. His writing and work focus on critiquing legal and political systems of power that target marginalized communities, life as a member of the Black diaspora, Black male vulnerability, allyship from other marginalized identities and the occasional rap freestyle.

The diabolo (or Chinese yo-yo) is a traditional Chinese toy that has evolved over the centuries. The considerable skill needed to use the diabolo makes it popular among circus and juggling groups. Vertax Diabolo is Florida's first college-level diabolo performance group, showcasing the traditional toy with a modern twist. 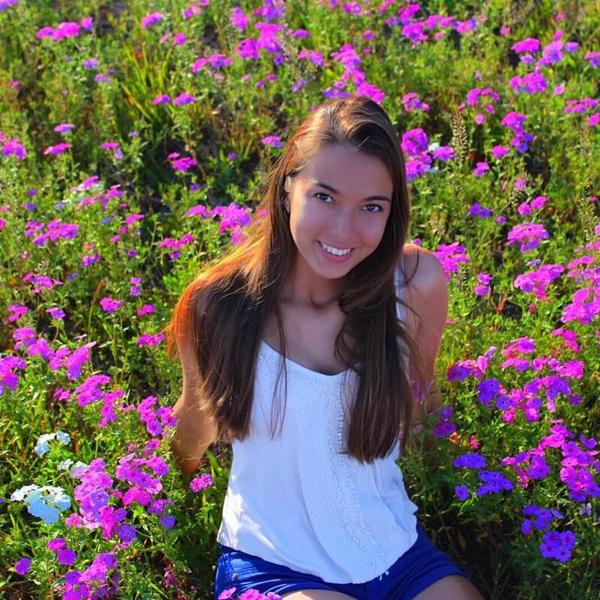