Angeliki Mitropoulou is an actor and cultural manager. She studied at the Department of Communication, Media and Culture of the Panteion University in Athens and in the Higher Drama School "Entros". Since 2015, she has been working as a mixed group lab co-ordinator and co-founder of the mixed dance group "Six". Determined to promote inclusion in the Arts, she founded the "Kyma Project". This platform creates activities focused on dancing, and includes people with some kind of disability in a perfectly harmonious and physiological way.

Passionate with creation, inclined towards the artistry since her childhood, Alexandra Diona began with frescoes and monosomographies. She studied architecture that taught her harmony and lighting. Later, she dealt with design, photography, styling, visual content and hand-crafted creations. For 3 years, she has been working as a Visual Content Creator in a Greek fashion company. She worked in photography, but mostly she realized what she loves most. To create endlessly and without limitations, ideas and images. She's built up a world full of creativity, well-being and great love for nature and everything pure. You can find all these at ashinyday.com. A life stash in a blog or a life plan. A positive force that hopes to inspire all around her to live a creative life full of light.

Anastasios Bonakis is a neurologist, Assistant Professor at the University of Athens and Ph.D. of the Medical School of the University of Athens. The main objectives of his research are the study of sleep disorders in neurodegenerative brain diseases and diseases with neuromuscular diseases, the study of narcolepsy and other hypersomnia. Sleep, however, is still an unexplored country for science!

Anna Geroyian is a student in Physiotherapy and a self-taught dancer. She is an actor and dance teacher of Hip-hop music. He took second place in the Cheerleading 2018 Pan-Hellenic Championship and in Olympus cheer and dance international open 2018 in the "team cheer hip-hop seniors" category. We met her as Mrs Oj and she was a Solo finalist at the TV show Greece You Have Talent 2018.

Unstoppable, inventive, versatile are just some of the words that can characterize Annusa Mela. Fashion journalist, entrepreneur, content creator, influencer, style coach, mom. She is one of the first bloggers in Greece and the creator of the "ANAMESA concept store" in the city center of Athens, an anthropocentric shopping concept of fashion, design and coffee with creative brands and exclusive events reminiscent of a live magazine. She graduated from the University of Athens Philosophy with Media & Art MA at Westminster University in London.

Christos Karasavvidis is a director, writer and actor, a graduate of the Art Theater "Karolos Koun" and one of the youngest of his age that has directed at the National Theater. He wrote and directed "4 Girls" which is inspired by Picasso's homonymous work. The "4 Girls" talk about the horror of war and the love of self-love, filling poetry, love and beauty with a world struggling to save itself from the debris of World War II and cover its scars. Kristel Kapperoni, Georgina Liossi, Dora Paradhi and Christina Christodoulou are there to defend them.

Irene Giannara is a graduate of the Department of Communication and Mass Media of the National and Kapodistrian University of Athens and Middlesex University. She has been working as a speech producer and journalist on ERT radio broadcasts over the last 20 years. She is in charge of the Creative Design Department of the Directorate-General for Broadcasting and has worked as a project coordinator on projects funded by the European Commission to deal with the Rhetoric of Hate in European SMEs. She also belongs to the founding group "Fact Checking" of ERT, and as a group responsible for the fight against spreading fake news and misinformation, as well as controlling, crossing and verifying news in Greece.

Giannis Zouganelis is one of the most distinguished artists in Greece. He is multi-talented and has dealt with both the song and the composition of music, acting, theater, cinema and television. He has written music for hundreds of plays, TV series and films. He started his musical career from a very early age. Originally, with Byzantine music, a little later with guitar, harmony and piano, as well as orchestration and rhythm, while studying at the Munich Academy of Arts. He is also a music teacher. In his possession, there are many awards, and he has been honored by Unicef and the United Nations to raise his awareness of children with disabilities through his book "Personalities are created with diversity". He has written a total of 5 theses for music and theater and in 2016 he was appointed Regular Professor at the Academy.

Gogo Delogianni spent her school years in Argos and then studied at the Law School of Komotini. She has practiced the profession for about 8 years. But then she decided she was ready for the big change. She studied at the Ministry of Tourism's public school in the specialty of cook and at the same time she attended an e-learning about gastronomy science at the University of Beijing. Then she took part in MasterChef Greece and since then, for 4 years, she's cooking professionally and making a living out of it. She believes it is an honor and a great professional investment to cook for everyone, just as for her loved ones. She makes the food you would eat at a Sunday at your favorite table. The food you will proudly offer. This food is uploaded on her website, she makes it for her videos, it serves at her home and in the shops she works for.

Javier Labourt is a psychologist that’s full of energy and optimism. He received his university diploma in Buenos Aires, Argentina, and holds a Masters Degree in Psychology from Palo Alto University, California, USA. He worked for many years as a licensed psychotherapist in his home country, Argentina. Travel is his great passion and has been part of the most successful travel show of Greek television: the World Party! Laughter holds an important place in his life and that's why he was performed as a clown for 6 years. He constantly explores new ways to integrate his interests into his work. He moved to Greece to make life coaching sessions called "Happiness Workshops" and "Building a Happier Greece" to help Greek people find their optimism in the crisis period.

Kosmas Gazeas studied Physics at the Aristotle University of Thessaloniki and received his postgraduate and doctoral degree in Observational Astrophysics from the National and Kapodistrian University of Athens. Today, he is a Lecturer in Astrophysics at the Department of Physics of the University of Athens. His educational and research work focuses on the astronomical observation of double ecliptic stars, supernovae, blazar and black holes. His post-doctoral research was conducted at the Harvard-Smithsonian Center for Astrophysics in the US, where he worked with images of the Hubble Space Telescope (NASA). He worked at the European Space Agency in the Netherlands, focusing on space and technology.

Michalis Paouris is a soloist in bouzouki and guitar. He started playing bouzouki at the age of 8. At a very early age, those who listened to him playing said that he is a "miracle child" and later as a teenager, many in the music industry, described him as a "phenomenon". He started professionally at the age of 10 and found himself on the side of many great musicians. Specifically, when he was 15, Mikis Theodorakis was on his side, who had said that the 15 year old Michalis Paouris reminded him of Chiotis. In his teenage years he won many first-ever national awards. Later, he began his solo career by putting the bouzouki in jazz. Today, he has dozens of first world awards, 12 discs and 5 books he signs himself.

The special project titled "Evolution of Greek Music" quickly gained public interest and became viral. The project presents polyphonically and acapella the evolution of Greek music from 1910 until today. Responsible for this endeavor, Nikolas Raptakis, inspired by the American band Pentatonix, together with 4 talented friends, has created a fun, nostalgic and perfectly artistic seven-minute video. Nikolas Raptakis studied classical guitar, theory and contemporary music at the National Conservatory and is a graduate of the theory and music of the LCM-University of West London. Since the age of 15, he has begun appearances in Athens as the lead singer of Pale Faces and Freaky Fortune. In recent years he has been making live appearances as a permanent partner of Anna Vissi, but also with his own band in smaller alternative venues.

Nikos Zikos, in the last few years, after conscious choice, follows the road of photography. It was the mean to express and convey a message, to portray a story. He made his first solo exhibition titled "Portraits of Rwanda" to build a primary school hall in Muwungu, Rwanda, which he visited with the ActionAid Hellas. He chooses his point of view not "seeing" color. He "reads" the light and creates it. He is, also, identified with what Ted Grant once said, "When you photograph people in black and white, you photograph their souls!"

Petros Psyllos is an inventor, designer and computer scientist. He has been recognized among others by the Magazine of the Massachusetts Institute of Technology (MIT) as one of the brightest new inventors in Poland. His scientific work focuses on electronics, artificial intelligence and robotics. Already, in the first year of elementary school, he created various devices, such as microscopic vacuum cleaners, fans and washing machines. He created the "MATIA", a portable device that connects to the waist or neck of a person with over 14 sensors, and provides descriptions of the surroundings using words and music.

At the age of 16, Wael began his first project in which he produced electricity from soil. He devoted 4 years to this project, resulting in 2016 to take third place out of the 1,600 companies in the Web Summit 2016 competition. But later on, they all took an unexpected path. At the age of 19, he gathered a group of 17 people from different backgrounds winning the NASA Space Apps Challenge 2017 global contest. Since then he has received multiple awards and recognition in various parts of the world. Now he is the leader of many projects in the fields of health technology and drones. 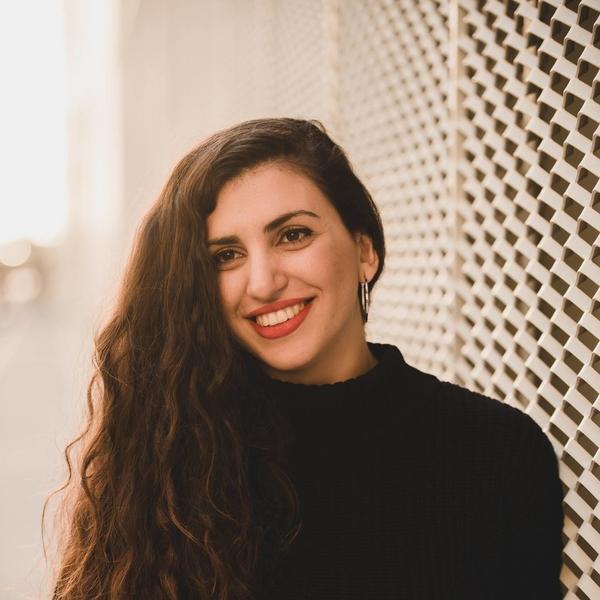