TEDxTacoma will bring together local military families and civilians; bridging the gap between these two communities and discussing the topic of transitions. Whether military or civilian, man or woman, Hilltop or North End, how can we better orient ourselves and our neighbors in our communities, thinking, and experiences? From graduating school to becoming a parent to getting out of the military or beginning a new career path, transitions occur in all phases of life. Join us as we learn from members of our community about handling those transitions.

Abby E. Murray is the editor in chief of Collateral, a journal that publishes work concerned with the impact of violent conflict and military service beyond the combat zone. She teaches writing to army officers on fellowship from the Army War College at the University of Washington and offers free creative writing workshops for soldiers, veterans, and their loved ones in Pierce County, Washington. Recent poems can be found in Rattle, Prairie Schooner, New Ohio Review, and Wrath-Bearing Tree. Her third chapbook, How to Be Married after Iraq, was released in 2018, and her first full-length book of poetry is currently a finalist for the Grayson Books Poetry Prize.

CEO of the YMCA of Pierce and Kitsap Counties

For the past 35 years, I have had a special opportunity to work in an organization that supports people in their desire for health. I have had a unique perspective to witness how people persevere and overcome the challenges they have faced in their lives. The human spirit never ceases to amaze me in its resilience and strength. Through some of the darkest moments in their lives, I have seen people maintain the hope to overcome their challenges. People are courageous.

Daniella survived a childhood in a physically and emotionally abusive religious sex cult known as the Children of God, from which she escaped at the age of 15—moving to America alone and going through an incredible personal transition throughout her life. Daniella’s talk, Lost in Transition, will illuminate a compass that you can rely on to navigate any life transition.

Eric is a Army veteran who served five years in the US Army with deployments to Kosovo and Iraq. He received a medical discharge in 2005 and faced a long road ahead while caught in the cycle of transition. In 2015, Eric discovered a strong sense of purpose when he began volunteering with The Mission Continues. In 2017, Eric took over as the platoon leader for the Tacoma 1st service platoon and has been a community leader focused community development and youth empowerment. Eric works continually to advocate for veterans and is the veterans of color program coordinator for Minority Veterans of America. In this work, Eric advocates for equity for veterans of color in the veteran space and building a community for under-served veteran populations.

Jason is working to develop the Washington State Department of Veterans Affairs Veterans Farm at Orting and support Agriculture/ Natural resource initiatives. Jason, from rural communities feels that our states amazing natural resources, not only represent, potential employment, healing and a chance at a second mission, but also represent a direct answer to how we better engage, serve and transition within rural parts of the state.

Jon is the executive director and life transition guide at Liminal Space, a nonprofit organization dedicated to helping others find the courage and means to navigate major life transition. He spends his days guiding 1x1 transition sessions, leading transition groups called PIER groups, and facilitating learning workshops that teach transition skills at The PIER Learning Center at Liminal Space. Jon is the host of a weekly podcast called, Life Through Transitions, where each episode aims to help listeners create forward momentum by embracing life's most formative transitions and the immense growth and transformation they invite.

Kristine Reeves currently serves as Washington State’s Director of the Military & Defense Sector. Reeves is also serving her first term in the Washington State House of Representative. She is the youngest woman and only African-American female in the state legislature. Previously, Reeves worked for U.S. Senator Patty Murray leading her veteran’s constituency outreach.

Lindsay is a Navy veteran who served from 2008-2012 as a Cryptologic Technician Interpretive (Linguist). After her medical retirement from the Navy, Lindsay returned home to attend the University of Washington for her BA and MA. There, she began working with student veterans and even started an office dedicated to serving them. Through her work, she noticed that there were many people being left out of the narrative of the U.S. military veteran. In 2017, Lindsay resigned her position as the Commander of an American Legion post to, along with Katherine Pratt, start the Minority Veterans of America to ensure that there is a community of support and services for minority and underrepresented veterans.

Major Matt Brady (US Army, Ret) graduated from the United States Military Academy at West Point. While in the active duty Army, Matt flew over 2,000 hours in the OH-58D Kiowa Warrior (Reconnaissance), MH-47D, and MH-47G Chinook helicopters (Army Special Operations). A seasoned combat veteran, he deployed 12 times to Iraq and Afghanistan and commanded forces during multiple high pressure conflicts, including the 3rd Infantry Division charge to Baghdad in 2003 and “Operation REDWINGs,” the tragic SEAL mission depicted in the movie “Lone Survivor.” He was decorated for individual combat valor in both Iraq and Afghanistan, earning the Bronze Star Medal from General Stanley McChrystal. He was selected to attend Harvard Business School as the only active duty military member of his class, graduating in 2016 with a Master’s degree in Business Administration. Matt retired from the US Army after two decades of service. Matt is currently a Senior Associate at Guidehouse Public Sector Consulting.

As the owner of The Resilient You - Motivational Speaker/Teacher since January 2014 and the co-author of the United States Air Force’s official Resiliency curriculum; she is indeed all that and more! She provides lifesaving tools via personal stories as a mother, wife, friend, daughter, and airmen, to audiences to help them identify their strengths, believe in those strengths, build, and overcome challenges and conflicts. Her message is simple: “You” are Resilient and “You” have the power to “Bounce Back”! Monique is a highly sought after speaker with multiple statewide events and facilitating training for over 10,000 active duty and reserve military members, their families, and civilians across the United States, to name a few.

Patricia is a highly influential and respected artist/educator within the greater Tacoma community. After developing a vocational glass blowing program for Tacoma Public Schools at Wilson high school, she created the program HOT SHOP HEROES, a glass blowing program for soldiers from the Warrior Transition Unit at JBLM. In partnership with the Museum of Glass, HOT SHOP HEROES was created around the concept of “transitions”, serving soldiers transitioning to civilian life. The program has received many awards and grants for its exceptional curriculum focusing on healing, transition and building bridges within the military and civilian communities.

Shaun is a seasoned Entrepreneur, Youth Advocate, Ambassador of Positive Change, and Full custody single father with over a half a decade of extensive expertise. He has an unwavering passion for and dedication to serve youth and create a multi-service youth development organization. Growing up facing hardship head on, Shaun was in trouble constantly which led him to the streets and being incarcerated for selling drugs from 2008 to 2011. That ultimately led to a vocation of keeping troubled youth off the streets, and he utilizes his personal experiences to better serve his community. Shaun serves as a Professional Youth Worker, CEO, and Founder of IAMWORTHY & ASSOCIATES LLC., where he is on a mission to empower, inspire, and uplift young adolescents to harness their untapped potential for their greater good. He is also the proud Owner of WorthyHustle Apparel and he authored the inspirational self-help book.

Suzan “Suzi” LeVine is the commissioner of Washington’s Employment Security Department. She served as U.S. Ambassador to Switzerland and Liechtenstein from June 2014 until January 2017, during which time she fostered collaboration on apprenticeship between Switzerland and the U.S. The daughter, granddaughter and stepdaughter of veterans, Suzi particularly enjoyed helping her Marine detachment prepare for transition back to civilian life. With leadership roles at Microsoft and Expedia, Suzi’s career has focused on education, technology, innovation, social responsibility and youth outreach—and twice during her career, she was a stay-at-home mom. She’s served on the Career Connect Washington Task Force, the CareerWise Colorado board, and the Markle Foundation’s Rework America Task Force. Suzi graduated from Brown University with degrees in English and mechanical engineering. She and her husband have two children. They enjoy hiking, biking, traveling and playing with their dogs.

Life has taught Travis that pain, difficulty, and challenge are inevitable components of the human experience. Who we become in the midst of these things, is a choice. Travis makes it his mission to help as many people as possible choose positive personal growth as an outcome from the challenges of life. His philosophy is anchored in personal experiences that include overcoming obesity, paying off debt, studying/working in the engineering field, and becoming a Special Forces Medic and Combat Veteran. Travis believes that character is best developed in the pursuit of freedom. 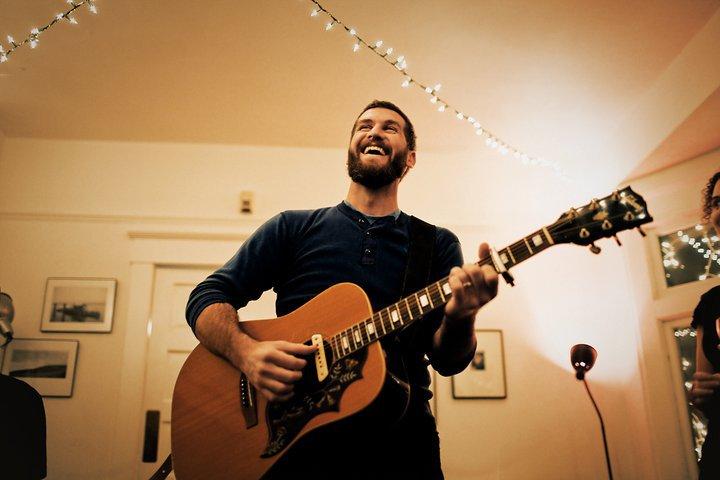