This is an Independently run TED event on the theme Mind Over Matter. Our theme encompasses ideas on the power of the mind with experts presenting their topics on the relevant field.

General topics presented will be on:

The event starts at 9:00am and concludes 6:00pm.
We have 12 speakers on the day. Check out our speakers below.

Only 100 tickets available for the event and will sell out fast.

Anastasia is a 2 x Australian Memory Champion and holds several Australian memory records. She is both a physical and mental athlete, with an international career as a professional Ballet and Contemporary dancer. Her love of learning attracted her to memory sports as a path to absorb new information quickly and she now helps others to learn memory techniques. Anastasia is also uniquely able to demonstrate the mental imagery she uses during memorisation. Anastasia believes combining both physical and mental fitness gives us the best chance for a happy and full healthy life. She knows that anyone can train themselves to perform remarkable memory feats and bypass slower conventional learning methods.

Finbar is a self proclaimed Purveyor of Different. Someone who has spent his life as an outlier pushing himself and challenging experts in the search for breakthrough innovations that transform how we live. One of his media technology inventions transforms video so it can be forensically assembled without the need for rendering or post production, (Linius ASX:LNU) another, with his business partner Ahmet Zappa (Rezonyx) Reharmonises Audio mixes using methods that enhance human performance or alter mood. Besides technological innovation, Finbar is also a globally recognised music artist, from working and recording with members of bands from the cure to Limp Bizkit to composing soundtracks for international films. Finbar will be sharing some some of the techniques he uses in being able to see through a new lens, how to use visualisation, pattern recognition and assembly techniques to decrypt the noise and turn it into signal.

Jonathan Creek is an award winning Investigative Journalist who after fourteen years in Mainstream TV now works with ASX 200 companies and an army of self employed professionals and Small/ Medium sized businesses to help them tell their own, infectious stories. Viral videos have been an obsession of Jonathan’s since 2009, in particular the science that occurs in the human brain to make people click that share button. A human response that drives billions of views every single day. It is the basis of an algorithmic formula he developed known the Virable formula. It measures the Spread factor in content, predicting how widely it will be shared. Initially used as a Market research tool for companies to measure whether their videos were any good before release. Recently Jonathan reversed engineered the Virable formula to provide content makers a clear path and guideline on the type of unique narratives and videos they need to make to create an impact online.

Kathy Lang is a highly sought-after Consultant and Project Manager, Educator and Presenter. Kathy has four degrees in Science (Microbiology, History, Philosophy & Science), Masters in Entrepreneurship & Innovation, Graduate Certificate in Tertiary Teaching, and Certificate in Training & Assessment in the Workplace. A scholar recipient of three international prestigious programs, Global Leadership program (USA), Asialink Leader's program (Australia) and Australia Latin American Leadership program (Australia/Latin America) and an impressive record as an academic, educator and project manager. In addition to her language skills in Vietnamese, French, Mandarin, and German she has fundamental skills in American Sign Language. In 2018, she broke a 12-year standing National memory record and holds the 2017 title of Australia’s first runner up in the Australian Open Memory Championships.

Leigh Bundy is Australia’s leading collective awareness and change facilitator of tomorrow’s thinking. Over the last 8 years, As the founder and the director of Team BEAST mode-Australia, Team BEAST mode-Intl & The Ultimate Flow Experience, Leigh has lead and facilitated 29 inner-mind/world transformational retreats in Bali, lived in Bali, Melbourne and LA during the process. He has been involved in coaching/NLP Master Practitioner/Leadership development/Optimal human performance and self-discovery for the last 8-10 years. Leigh has worked with a number sports icons, social identities, Olympian’s, CEO/directors of multimillion-dollar companies guiding, supporting, educating, reprogramming/realigning their minds and inner world, with a reality they choose to experience in the NOW.

Monique is a Psychologist, Cultural intelligence advisor, lecturer and author. In 2005 she founded Nasihah Consulting Group – Northern Psychology Clinic and she lecturers in Multicultural counselling at the Australian Catholic University. Monique is passionate about intercultural education and has found her niche embedding the cultural intelligence framework across a variety of platforms, from mental health and wellbeing, family violence, social services, justice, leadership programs, communications, policy and project design to engage culturally diverse clients and consumers. Monique has a number of publications, including the book Without You: Rising above the impact of an abusive relationship. She has been seen on ABC TV Hungry Beast, Lateline, featured in The Australian, The Age, The Herald-Sun, ABC & 3AW radio, 2016 Melbourne Writer’s Festival and delivered the 2017 Tasmanian Annual Peace Trust Lecture.

Nick’s early career in the fashion and entertainment industries ultimately led him to his ongoing work in mental health awareness. He earned international modelling contracts and made regular appearances on Australian television as a presenter as well as a personality. During his time on Dancing with the Stars, Nick publicly spoke about his experience with depression and anxiety for the first time. Nick has advocated alongside some of Australia’s largest mental health-focussed organisations by candidly recounting the mental health issues he has struggled with since age 11, including a particularly difficult period when injury forced an early end to his initial career as a competitive athlete. He has spoken to audiences of 1000+ at schools and corporate events around the country as well as presenting a TED Talk covering how creative and entrepreneurial drive can help combat depression.

A graduate of the National Institute of Dramatic Art, Paul Barry worked extensively in the industry as an actor and director and taught acting and corporate communication skills upon graduation for six years prior to moving to Santa Monica, California where he now resides. Having taught acting for film and TV for over 20 years to almost five thousand clients from around the world, including many recognisable actors working on screen in Australia, the UK and the US, Paul's time is now dedicated to his online acting training and helping actors avoid the 'starving artist' fate by teaching online income generation skills to the next generation of artists via his coaching program, 'Dreaming for a Living'.

Rik Rushton is a “time tested” Peak Performance Coach & Platform Speaker who has impacted key people from leading brands, (Emirates, Holden, CGU, NAB), as well as professional sports organisations, (Collingwood Football Club, Western Bulldogs, Cricket Victoria, Cricket Australia), throughout Australasia. From the ‘board room’ to the training room through to the conference platform, Rik’s success drivers in both business and personal pursuits have been shared with more than 200,000 people from more than 1,500 empowering presentations. He provides ‘life changing content’ for audiences across Australasia and across the globe as an ‘in-demand speaker’ throughout the Asia Pacific region as well as the USA! Rik is the Author of “The Power of Connection”, (How to become a master communicator in your workplace, in your headspace and at your place) which made the “best-sellers list” in 2018.

Sally is passionate about empowering people to become the best versions of themselves and uses the most sophisticated computer equipment and machinery in the world to do so – our brains and bodies. Originally a psychologist, she studied neuroscience and meditation. She is a corporate consultant and trainer for international speaker and best selling author, Dr Joe Dispenza. She believes that learning about our brains and the power of our minds is the ultimate tool in transformation and self-empowerment. Sally teaches adults, literally, how to change their minds, creating transformational shifts in individuals and organizations. She also teaches children and educators skills for growing a healthy brain and being able to mentally thrive in the fast changing world.

Senem is a facilitator, trainer and psychologist with over 15 years of experience who is passionate about supporting and empowering driven women to succeed in their entrepreneurial goals without sacrificing their health, wellbeing and happiness. She is a sought after public speaker and has delivered training to over 300 organizations globally in the fields of mental health and wellbeing. She is the founding member of the Centre for Muslim Wellbeing and a lecturer in Positive Psychology & Wellbeing at Ibn Haldun University in Turkey.

Celebrity trainer, founder of lifestyle program TIFFXO.com, author, podcaster and martial arts expert, Logie nominated Tiffiny Hall has many titles tucked under her 6th Dan Taekwondo black belt. Tiffiny Hall is a one-woman fitness business, with over 20 years’ experience as a personal trainer and coach. Expert in HIIT and HIRT, she rose to prominence on TV in many roles from a Gladiator on Gladiators to a trainer on The Biggest Loser Australia and is now transforming devotees – from athletes to new mums – via her very successful health and fitness app TIFFXO.com. She is a mum, mentor and magnate. One of the most qualified martial artists in the world for her age, she’s a 6th Dan Taekwondo black belt and has mixed martial arts workout plans that will kick your butt in the best possible way. She is the Director of Training for the largest global fitness app in the world. A role that has seen her travel the world & work with the most famous and prestigious experts in the wellness space 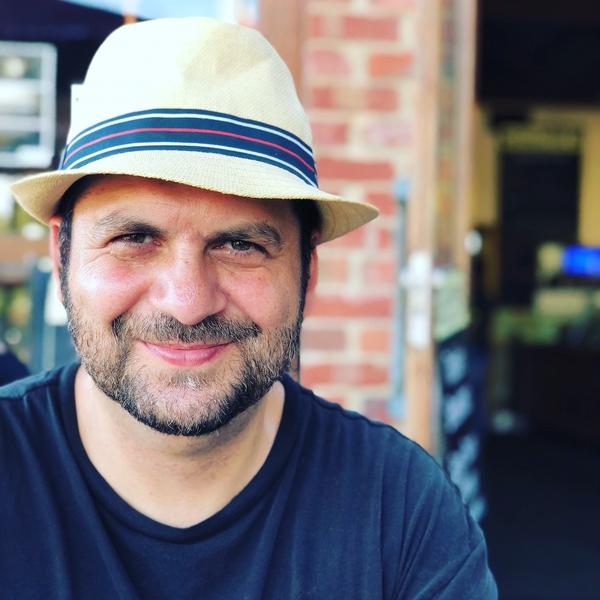