Andrew F. Leuchter, MD, is a Professor of Psychiatry at the Semel Institute for Neuroscience and Human Behavior at UCLA. He also is Director of the Neuromodulation Division and a Senior Research Scientist at the Semel Institute. Dr. Leuchter is a graduate of Stanford University and the Baylor College of Medicine who joined the UCLA faculty in 1986.

Christoph Bull is university organist and organ professor at UCLA as well as organist-in-residence at First Congregational Church of Los Angeles, regularly playing one of the largest pipe organs in the world. He studied at University of Sacred Music in Heidelberg, Musikhochschule Freiburg, Berklee College of Music in Boston, American Conservatory of Music and University of Southern California.

Chuck McCarthy is a thinker and creator who takes a problem-solving approach to innovation and invention. Chuck is the original People Walker and is the co-founder of People Walker Inc. He has been featured by many media outlets for his theoretical ideas, inventions, and of course, People Walker.

Dr. Jill Seubert is a mother, a wife, and an interplanetary navigator at the Jet Propulsion Laboratory. She has navigated numerous missions to and about Mars, most recently guiding the InSight lander to its touchdown in Mars’ Elysium Planitia. Jill studied Aerospace Engineering at the University of Colorado, Boulder and the Pennsylvania State University. As Deputy Principal Investigator for NASA’s Deep Space Atomic Clock technology demonstration mission, Jill explores how highly-stability timekeeping in deep space can improve deep space navigation, as well as reveal secrets of the universe.

Jordyn Wieber is an Olympic gold medalist and American gymnast from DeWitt, Michigan. This teenage gymnastics phenom caught the world’s attention by becoming the World Champion in 2011. A key member of the “Fierce Five”, Jordyn helped the U.S. Olympic Women’s Gymnastics Team capture the team gold medal at the London Olympic Games in 2012. In 2017, Jordyn graduated from UCLA with a bachelor’s degree in Psychology and currently serves as an Assistant Coach for the UCLA Gymnastics Team. As a former Olympic gold medalist, Jordyn has expansive knowledge of how to succeed in gymnastics, but her influence extends beyond the confines of her winning combination of physical prowess and determination. Jordyn is still one of the top influencers in gymnastics and also serves as a motivational speaker and vocal advocate for preventing child sexual abuse in sports.

International voice over talent in the entertainment industry

Kay Rhie is a composer of contemporary classical music of a wide-ranging palette of inspiration. Her musical influences include European avant-gardes, film and jazz music as well as various art forms. Rhie’s music has been performed by the Tanglewood Music Center Orchestra, Seoul Philharmonic Orchestra's Ars Nova Series, Swedish Choir Orphei Drängar, the Moscow Contemporary Chamber Ensemble, the BBC Singers, Winsor Music, among others. Originally from South Korea, composer Kay Kyurim Rhie grew up in the U.S., training in both the West (UCLA) and the East Coast (Cornell University). A recipient of the Charles Ives Fellowship from the American Academy of Arts and Letters, Rhie was the Composition Fellow at the Radcliffe Institute at Harvard University (2008-09). She now teaches composition at the Herb Alpert School of Music at UCLA.

Hall of Fame basketball player Marques Johnson, born February 8, 1956, went on to become one of the most distinguished players in NBA history, where he was a five-time all star.

Maryann Jacobi Gray is a social psychologist, writer, and university administrator. She was assistant provost at UCLA until her retirement in 2017; she has also served as associate vice provost at the University of Southern California and a behavioral scientist at RAND. She created and maintains the website accidentalimpacts.org. Maryann received her Ph.D. in social ecology from the University of California, Irvine and her BA in psychology from Duke University.

Paul “The British Ninja” McCarthy has been studying movement and martial arts for over 20 years. He holds black belts in various martial arts including Filipino Martial Arts (FMA), Hapkido (4th degree) and Taekwondo (1st degree) and is an instructor of Savate, Muay Thai and Jeet Kune Do. With an MS from Indiana University in Kinesiology and through his experience coaching, teaching and managing various movement practices, Paul is fascinated by what makes the body ‘tick’. He is currently working with Neuroscience Professors at UCLA, University of Victoria and University of Illinois to study how martial arts movement patterns improve cognitive function. Paul’s philosophy is that movement is vital to a happy and healthy life and that training and opening your mind to multiple arts, whether combative or healing, is the true path to maximizing your learning potential.

Peter Taylor is the president of ECMC Foundation. In his role, Mr. Taylor has led more than $90 million of investments in initiatives affecting educational outcomes, especially among underserved populations, in the areas of college success and career readiness. Before joining ECMC Foundation, Mr. Taylor served as executive vice president and chief financial officer for the University of California system. During his time there, he oversaw all aspects of financial management at the 10 campuses and the five academic medical centers.

PhD Candidate in Molecular Biology and Gene Regulation at UCLA

Shawntel Okonkwo is a PhD Candidate in Molecular Biology and Gene Regulation at UCLA and the founder and creative director of wokeSTEM, a creative and afro-futuristic consultancy that intersects social justice, STEM and science communication, while uniquely centering people of color. Shawntel’s unique background in being a first-generation born Nigerian-American, dancer, musician, artist, Molecular Biologist, and entrepreneur has uniquely colored her trajectory through adversity and life’s lows to success. She has secured over $500k in prestigious scholarships, fellowships (such as the National Science Foundation's GRFP and the Ford Predoctoral Fellowship) and awards ranging from scientific research at UCSF to public speaking to dance.

Valorie Kondos Field is head coach of the seven-time NCAA Champion, 22-time Regional and 18-time Pac 12 Champion UCLA Women’s Gymnastics team. One of only two active coaches to be inducted into the UCLA Athletic Hall of Fame in 2010, the four-time “National Coach of the Year” was recently named “West Region Coach” of the Year and Pac 12 “Coach of the Century” for her solid track record as a preeminent coach.

William E. Simon, Jr. is the co-founder of UCLA Health Sound Body Sound Mind, a program he began with his wife Cindy Simon in 1998, dedicated to fighting childhood obesity by providing state-of-the-art fitness equipment, a comprehensive curriculum, and professional development for PE programs. He is the author of, "Break a Sweat, Change Your Life" urging the need the for physical education in schools and championing fitness among youth. Mr. Simon is an Assistant Adjunct Professor in both the Department of Economics and the Law School at UCLA, and a a partner at Massey Quick Simon, a wealth management firm. In 2018, Mr. Simon was awarded the UCLA Marty Sklar My Last Lecture Award, and several honorary degrees. 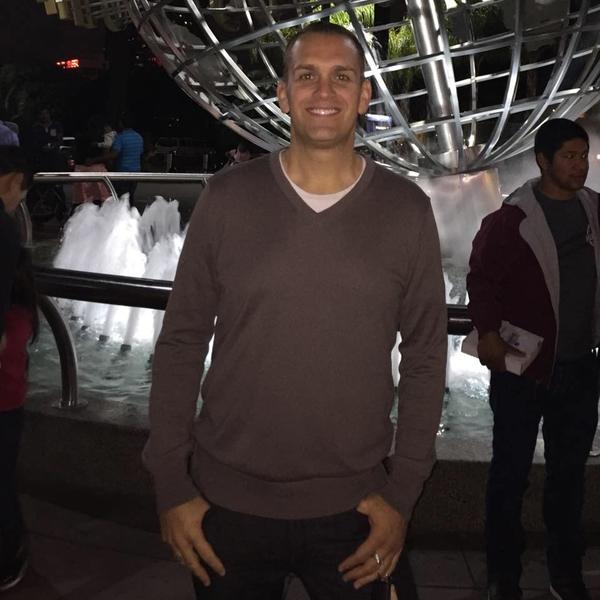