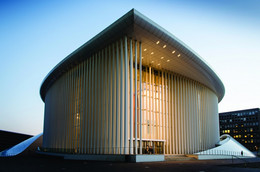 Welcome to TEDxLuxembourgCity 2019 on June 15th. Following on from last year's exceptional, sold-out success, we welcome you to eXplore who we are and the world around us. We engage Luxembourg and the greater region to share and eXplain ideas and create a movement with a view to eXciting the community to build a better future for us all.

Cristol Barrett O’Loughlin is a seasoned executive and storyteller. A former UCLA instructor, she co-founded advertising firm, The Craftsman Agency, and is humbled to advise global brands: NBA, Disney, Fox, Cisco Systems and Google. During her tenure at IBM Life Sciences, she helped accelerate advancements in cheminformatics and biotechnology. As Founder & CEO of ANGEL AID CARES, Cristol is fiercely passionate about providing social, emotional, physical and financial relief to mothers of children with rare disease. https://www.angelaidcares.org/

Known as ‘The International Man of Mystery’, David Goldrake has performed his award-winning magic for celebrities, royalty, and Fortune 500 companies around the world. From the palaces of Luxembourg to the Moroccan desert, and from the Magic Castle in Hollywood to his headlining show at the Tropicana in Las Vegas, David Goldrake unites the ancient traditions of the magical arts with his own modern style to create unique marvels in a new dimension.

Compelled by curiosity and impassioned by what he sees as humankind’s infinite possibilities, David Goldsmith solves big challenges using counterintuitive perspectives and non-traditional approaches. Whether advising executives and world leaders, mining environmental opportunities through space, patenting technologies that improve how we live, strategizing for organizations, or guiding others to becoming their best selves, his innovative and almost enigmatic insights replace limitations people don’t even realize they have with proactive, forward thinking leading to never-before-considered outcomes. Author of Paid to THINK: A Leader’s Toolkit for Redefining Your Future, David is the entrepreneur, consultant, and social movement leader who inspires, educates, and forever transforms how people view themselves and the vast potential for their futures.

David Timis is a EU Civics Outreach Fellow at Google and the Co-Founder of European Heroes, an initiative aimed at encouraging civic engagement among young Europeans. He is also an active member of the Global Shapers Community, a network of inspiring young people working together to address global challenges, and a Country Representative for the Common Futures Conversations project launched by Chatham House to facilitate dialogue between young people in Africa and Europe.

Dorothea is a seventeen year old teenager who has experienced the importance of integration into different cultures and the ease to do so through the art of music. Let me know if I can change anything for the better.

Galvanised by the challenges associated with Dyspraxia, Farah Nanji is passionate about championing leadership and challenging the status quo. As an 'autopreneur' (first coined by Channel 4 in describing her work), Farah founded Regents Racing to showcase how the disciplines of motorsport can inspire leadership. As a DJ and music producer she has played for some of the biggest brands in the world from Pacha Destino in Ibiza to the United Nations in London.

Lars Sudmann speaks, writes and consults on leadership, change and innovation. His work focuses on what leaders and entrepreneurs need to navigate today’s complex world. He draws on his experience as a former corporate executive as well as on his roles as startup advisor, university lecturer and corporate transformation council director. Lars was featured in international media such as Fast Company, the Chicago Tribune, Inc., BBC Capital and many more.

Marc Stoltz is a former police officer, who has a unique perspective in life. He has dedicated a part of his life to public service. As an individual Marc is dedicated to advocating the message of never giving up. He also advocates for this through his role the CEO of Krav Maga Luxembourg by Kickyoufit.

Marc talks about the importance of never giving up in life. As a former police officer in the Luxembourgish police force, Marc discovered his love for Krav Maga and has integrated it into his talk.

Paloma Castro Martínez is a global consumer brand strategist with over 20 years’ experience working with FTSE 100 companies on digital strategy, communications and regulatory affairs. Paloma is currently Global Head of Communications for Lime. She previously served as Global Director of Corporate Affairs for LVMH, Head of EU Corporate Affairs for eBay, PayPal, Skype and Head of Public Affairs at McDonald’s Europe. Paloma is a corporate lawyer and holds an MBA from the French Ministry of Finance.

Being born in Sao Paolo, Brazil to Belgian parents, having lived on 3 continents of the world before the age of 12, having learned 4 languages before the age of 10, having played 15 years of professional basketball, having played a founding role in the beginning stages of a technology start-up that was sold in less than 3 years and being a survivor (and not a victim) of the March 22 2016 Brussels terrorist attacks ... has given Sébastien a truly unique perspective on Life and beautiful Life lessons.

Seth Yudof traveled the world as a magician, before crossing over to the business side of entertainment. Yudof founded an entertainment company that has managed Grammy Award-winning artists and has produced concerts and Las Vegas residency shows. An expert (or possibly a complete failure) in self-reinvention, he has also developed a nightclub and three restaurants that he owned and hated. His best and most successful project will undoubtedly be his next one...whatever that may be. 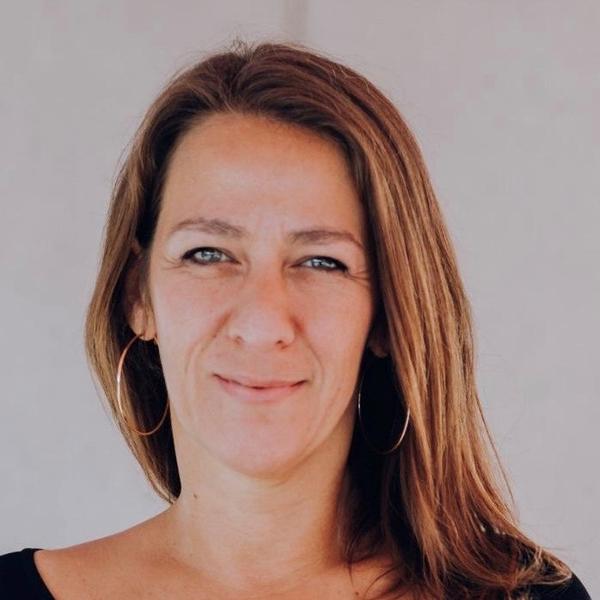