A method to look at our world and everyday life from a different point of view.
What if rivers were to run in the opposite direction?
What if we were able to climb plains?
What if we were to fell asleep in the morning and wake up in the night?
How would you react to the defeat of customs?

Feeling in crisis, questioning ourselves, breaking up and reassembling. Flip your view of the world to create new solutions, new models to rediscover yourself and what surrounds us.

Be inspired by the change of perspective.
Would you be able to reverse yourself?

Before founding Freeda Media in 2016, he has been, for more that six years, branded entertainment and media content director of FremantleMedia first and of Mediaset & Publitalia, later. During this period he followed significant projects of branded content for programs such as X Factor, Got Talent, Le Iene and Amici di Maria De Filippi among the others. He began his career in the entertainment and fashion sector of D’management Group, leader group in the management of prestigious artists like Roberto Bolle and Monica Bellucci. With Freeda Media he decided to start a new chapter of his professional life, collaborating with a team composed by the best creative talents - authors, storytellers, producers, video makers, data scientists and marketers - that work everyday to offer premium contents to new generations of women in Italy, Spain and South America.

She is president and CEO of Marcegaglia Holding SpA and vice president and CEO of steel-transforming companies held by Marcegaglia Holding SpA. She is president of Eni and Fondazione Eni Enrico Mattei and the prestigious association of European entrepreneurs, BusinessEurope. She is also a member of the board of administrators of Bracco SpA and Gabetti Property Solutions SpA. She is a Business Economics graduate from Bocconi University and holds an MBA from New York University. She has been the first woman to lead Confindustria, between 2008 and 2012. She has served as president of Luiss Guido Carli since 2010. Under her guidance the university has had a record number of students and has reached important objectives in the areas of internationalization, digitalization and research.

Francesco Messori, 20 years old, is an Italian football player. He studies physical education with a focus in football at San Raffaele University in Rome. He was born without his right leg but he has always been passionate about football. That’s why he decided that the obstacle that life had put in front of him had to become a challenge to realize his dream. In 2012 he founded, together with the Centro Sportivo Italiano (CSI) the Nazionale Italiana Calcio Amputati, of which he is the captain. The Italian National Team, with 20 players from 10 different regions of the country, is now part of the World Amputee Football Federation and of the European Amputee Football Federation. His lifestyle is kept in the message tattooed on his neck.

One of the things that has always distinguished him, is his passion for uncomfortable truths. He took his first steps on several local Sicilian television stations, until he arrived in Telejato, one of the smallest editorial offices in the world. In 2015 he joined the National Order of Journalists. He began to study the phenomenon of organized crime as a consultant to the Sicilian Anti-Mafia Commission in matters of political exchange mafia voting. In 2014, he received the legality Oscar from the anti-mafia commission and a special mention at the journalistic award Pippo Fava. In 2015, he found an unreleased letter written by Judge Giovanni Falcone and published it on the “Corriere della Sera”. In 2016, he moved his attention to Campania where in his second book he tells the story of Benedetto Zoccola, a man who said no to the Camorra and who therefore lives an armored life. Two years ago he had his debut at “Le Iene”, and the investigation "

Julia Blocher is a researcher at the Potsdam Institute for Climate Impact Research (PIK) and President of the International Youth Federation (IYF). She has worked for a decade on the interaction between climate change and the many factors that influence the movement of people and communities. She believes that there are two main development issues facing the global community for which youth lead the way in providing solutions: climate change and migration. In her work as a doctoral researcher at PIK and as an Associate Member of the Hugo Observatory (Belgium), her studies focus on environment, climate change, and migration linkages in the East and Horn of Africa and in island nations. Prior to joining PIK, Ms. Blocher was a Project Manager at the United Nations University Centre for Policy Research in New York (UNU-CPR), a think tank within the UN system. She previously worked for the International Organization for Migration (IOM), the Internal Displacement Monitoring Centre (IDMC-NRC)

Dr. Leonardo Pagani graduated in 1989 at Parma University. He then qualified in Medical Oncology and Infectious Diseases. In 2015, he was board certified in Internal Medicine in Paris. He currently works at the Infectious Diseases Unit at Bolzano Central Hospital (Italy), where he was the funder and the Director of the Antimicrobial Stewardship Program. His main fields of interest are antimicrobial therapy and antimicrobial resistance. He is member of the Executive Board of the Global Alliance for Infections in Surgery. He is also member of the American Society for Microbiology (ASM), the European Society for Clinical Microbiology and Infectious Diseases (ESCMID) and is member of the Executive Committees of the Study Group for Antibiotic Stewardship (ESGAP), for Infections in the Elderly (ESGIE), and PK/PD (EPASG).

He was born in Cluj-Napoca (Romania) in 1983 and grew up in Timisoara (West - on the border between Hungary and Serbia). He lived under the last and most critical period of Nicolae Ceausescu dictatorship, that ended in a revolution started in Mariu’s hometown in 1989. He moved to Rome with his family at age 15. In the beginning, as he just arrived in Italy, he lived a “traumatic and alienating” time, as he himself described it, which fell in 2 years of mutism. In 2008 he graduated from the Accademia Nazionale D’Arte Drammatica Silvio D’Amico. He started his acting career staging classical scripts, such as Hamlet (directed by Armando Pugliese) and Othello (directed by Roberto Guicciardini). Afterwards he collaborated with artists like Cinzia TH Torrini, Francesca Archibugi, Luca Barbareschi, Giancarlo Giannini, Ricky Tognazzi, Paul Haggis and Christopher Lambert. Currently he is working both in Italy and abroad, collaborating with the National Theater of London.

He considers himself a very lucky person, a dreamer. Driven by a very strong curiosity and willingness to learn, he has achieved all his objectives with humility, strong dedication, sense of duty, respect and loyalty. His professional career began in the Italian Air Force Academy where he graduated; he went through Pilot training in the United States and he flew as Fighter Bomber/Recce and as Instructor. After that, in 1998, he joined the Italian Aerobatic Team, Frecce Tricolori, an autonomous Squadron representing Italian Army and supporting diplomatic and Italian industries around the world. He then became their Commander, the equivalent of a CEO role in a company. In 2011 he joined Ferrari Spa as an Executive Consultant. He has been working in Formula 1 then HR, and finally he became the Corporate Risk Manager until May 2017. In 2015 he founded his own Company, the MT - Meta Thinking "Thinking above, beyond, behind"

Matteo Antiga is a Politics, Philosophy and Economics student at Luiss Guido Carli. He was born in 1998 in Verona and attended “Liceo Scientifico Girolamo Fracastoro” until 2017, when he transferred to Rome. Interested in many activities such as acting, political activity and videogaming, he is constantly getting involved in any project he finds unusual and/or promising. He got interested in cyberculture in 2016 and since then he observed and took notes of its daily interactions online. Currently Matteo’s goal is to understand what he wants to do with his life and to keep himself busy.

A communication consultant and translator, Paola Vitali holds a degree in Political Sciences from Luiss University and speaks 4 languages. Until the early 2000s she worked for major entertainment companies like BGM Music and Electronic Arts as a marketing professional. She supported a major company like EA to start up and establish a marketing office in Milan in 1998 and ensure growing success for company franchises such as the FIFA and Harry Potter video games. She is the mother of two, one of whom born in 2002 as a severely disabled child. To follow him as close as possible and fully support his development, she has downsized to more flexible and part-time jobs as a program and event organizer, contributing journalist, translator. At present she is working at a local start-up project to support the needs of disabled people, and mostly children like her own

Silvia was born in Genoa in 1885. Her particular story began when, at 3 years old, she started practising in an athletic field of which her dad was, for the following two decades, the keeper. When she was 15, she entered the national hammer throw team. From that moment she joined two olympics, Beijing and London, and one final at the World and European Champions. She retired in 2016 for an injury and she was elected in the Federal Council of Fidal (Italian Federation of Athletics) and in Coni National Council. In April she will graduate in Political Science with a thesis about the National Sports Federations.

After graduating in Political Science with the goal of becoming a social worker, she jumped on the chance of co-founding T-Consulting, an IT service provider specialized in Cybersecurity and Business Continuity. To this day, she is the CFO of her company and she is studying to lead the communication department. She sustains that the most defining word of her life is “change”: travelling south to north with her family, following her dad’s career, she took a journey both cultural and personal and, even if it didn’t spare her any suffering, it contributed to her adaptability and resilience. She loves her roots, but she defines herself as a citizen of the world. This inspired her to start her second venture in the US: “Italisan”, created to offer a platform to Italian small artisans that make Made in Italy known worldwide.

Violante Nessi was born in Bologna in 1990 by Chilean mother and Italian-German father. From 2009 to 2012 she studied Fashion Design at Istituto Marangoni in Milan and at Central Saint Martins College in London. During her studies she worked as a Sales Assistant at Marc Jacobs. In 2012, Violante moved to New York where she worked within the design team of Marc Jacobs, Proenza Schouler and Altuzarra. In 2014, she returned to Europe to become Design Assistant at Tom Ford in London. In 2015, Violante went back to Italy to build the foundations of her namesake brand. In 2018, she launched her official online store and she moved to London where she opened her first boutique, while rigorously maintaining all production in Italy with local artisans and suppliers. 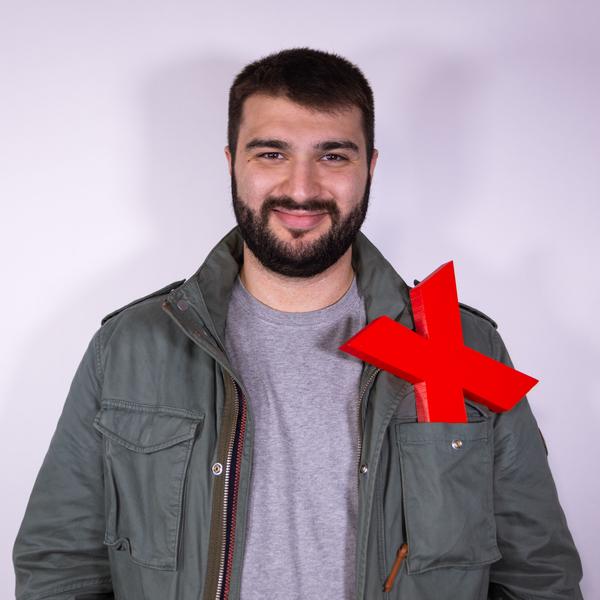 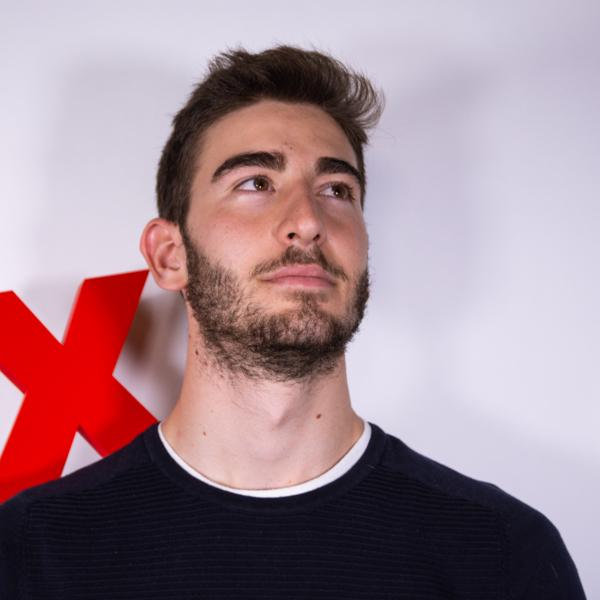