If you’ve ever wondered, “What was that like?” or “How did they do that?”, then you won’t want to miss our diverse lineup of speakers. Watch these masters of their craft as they explain the how-tos and the step-by-steps of living, exploring, and understanding the world around us.

Production Executive for HGTV Canada at Corus Entertainment and award-winning producer and director.

Award winning editor, writer, instructor, and editorial director at Vancouver magazine. The creative visionary at the helm of two award winning magazines, proving definitively that print is making a comeback like never before.

CEO and founder of O2E Brands, the banner company for 1-800-GOT-JUNK?, WOW 1 DAY PAINTING, You Move Me, and Shack Shine. He’s a strong believer in creating a culture where people can build something bigger, together.

Philip K. Dick Award-winning author of The Reconstruction, The Continuation of Love by Other Means, and The Mercy Journals.

This entrepreneur, athlete, and Search and Rescue team leader has dedicated himself to standing up for others and fighting to improve the world around him.

Boxing pioneer and innovator, and creator of the Boxfit® Fitness Program and Glove System® ranking system. Through a focus on fitness, he’s dedicated to making a positive change in the community.

Co-founder of AbCellera, a company focused on pushing the boundaries of biotech research and changing the way we treat diseases.

Author and researcher who worked as a bee inspector for the government of B.C. and founded a company named Beediverse in 1999. She’s on a mission to help the insects that are so vital to many of our crops.

Dedicated to helping patients thrive naturally, his approach to mind-body medicine shows how the mind and body can help heal each other.

Chairman and CEO of DDB Canada with nearly 50 years’ experience in the Canadian ad industry. He’s also a philanthropist and recipient of the Association of Canadian Advertisers’ prestigious Gold Medal Award.

As an Indigenous Canadian, Grace Dove feels responsible for lifting up her audience and her community. Co-starring with Leonardo DiCaprio in the Oscar-winning The Revenant, and most recently alongside Forest Whitaker in the Netflix release How It Ends, her career is about to take flight.

Meet Hector – an experienced politician and former Vancouver City Councilor who ran for Mayor. He’s been a civic leader on the frontlines who became an industry entrepreneur when he founded TOUCH Marketing, serving as a key advisor to the Deputy Premier of BC and also the BC Minister of International. As he begins a new chapter as a media personality and talk show host, he wants to discuss the big issues shaping the world right now. As a father and husband, he never shies away from doing what’s right, even when it’s hard - and that’s exactly what his first TED talk is all about.

Canadians have a lot to be proud of. We have a multicultural society that welcomes diversity, we invented poutine, and we play a darned good game of hockey. We’re also proud that a woman served as our 19th Prime Minister. Kim Campbell broke the gender barrier in our country’s highest political office, an achievement that reflects a lifetime of breaking new ground and working hard to make a positive difference in the world. Today Kim shares her wisdom and experience by speaking on issues like international politics, climate change, gender, and Canadian/American relations.

The CEO and founder of PROtect. A smart and simple personal safety app aimed at empowering employees and changing the landscape of personal safety and corporate responsibility in the workplace on a Global scale

Freedom of the Press Activist

Freedom of the press is something Mohamed Fahmy believes in so much, he spent 450 days in an Egyptian prison fighting for it. Former journalist with Al Jazeera and CNN, he’s now an author and human rights activist on a mission on behalf of all those who seek to tell truth to power.

With over two decades of experience building successful companies, she's a shining example of how female entrepreneurs can shoot for the top.

YouTube personality, entrepreneur, and CEO of Hashtag Communications, a marketing agency that connects brands with influencers.

As a co-host of Breakfast Television Vancouver, he’s been waking the city up with a smile for almost 10 years.

For three decades Victor Lucas has been making history as the pioneer in video game television, and the Canadian voice of millions of global fans. His long-running show The Electric Playground is an Emmy-winning program that still ignites the childlike fan of fun and games in all of us. 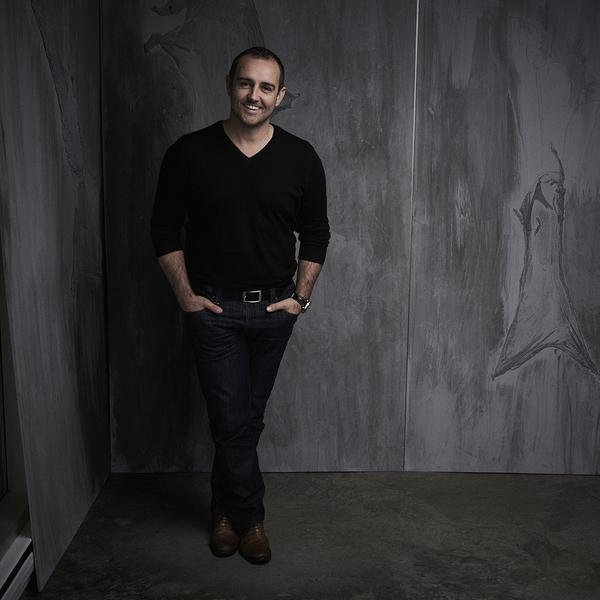