Amari Walker attends Scott Community College. He works at YouthHope as the Apprentice of their M.A.D. Skills outreach program, which gives him the opportunity to lead creative expression workshops to youth in the Q.C. area. In the future, Amari will design creative expression curriculum he will teach throughout the community.

Jessica Elliott is a senior at Davenport Central. She has been enthralled with the ocean since her first visit and plans to pursue a degree in marine biology. Jess spends her free time mentoring youth philanthropy group Teens for Tomorrow and participating in mock trial, the thespian troupe, and swim team. She enjoys skiing, sailing, hiking, and reading.

Liam Haskill is a junior at Rock Island High School, where he is a drum major for the Pride of Rock Island Marching Band, trumpet section leader for the Symphonic Band, a member of the Art Club, and a school representative for the Quad Cities Community Foundation's Teens 4 Tomorrow program. Liam and his family founded and operate QC Closet2Closet, a nonprofit organization that provides wardrobe assistance for preteens and teens in foster care or who have other exceptional circumstances.

Lily Chen is a senior at Davenport Central High School. She is an active member of many clubs at Central and of her community. After high school, Lily plans to study either film, technical theatre, or sociology. She is thankful for the opportunity to present with her classmates, and looks forward to continue speaking on issues of today’s youth.

Maitreyi Shrikhande is a freshman at Davenport Central High School and is interested in health science careers. She is a cellist in the Quad City Youth Philharmonic Orchestra and an active tennis player. At school, Maitreyi participates in Girls Learn International and the Athletic Leadership Program. Maitreyi has had a strong passion for volunteering ever since elementary school and believes that volunteerism fosters educational growth outside the classroom as well as social awareness.

Nia Walker is a senior who attends Davenport Central High School in Davenport, Iowa. She is involved in extracurriculars and hopes to continue her community involvement well into adulthood. She plans to major in international studies at a university.

Nicolas Harris is an award winning student, software programmer, and video game developer. Attending Scott Community College, Nicolas is the head designer and programmer of an upcoming video game created in his spare time. Sharing personal life stories about his journey as a developer, Nicolas hopes to inspire the audience.

Nina Lanciloti is a senior at Davenport Central High School, in Davenport, Iowa. She is involved in many clubs and organizations in her school, as well as in her community. After high school, her plan is to attend the University of Iowa and major in Chemistry, on the Pre-Med track.

Quintin Powers is 19 years old from Homer IL. He is a graduate of University of Illinois Laboratory High School in the class of 2017. He earned the Eagle Scout and Order of the Arrow Vigil. He was a National Eagle Scout Association World Explorer during the summer of 2018. He is currently a sophomore at Augustana College as a Geology major where he is doing independent research on paleontology, serving as TA for Dinosaurs and Extinction, working as a paleontology research assistant to Dr. Kelsey Arkle, and working as a student proctor in the Fryxell Geology Museum. He is also an Augustana College Board of Trustees Fellow.

In 2009, Sarah Cronk created The Sparkle Effect, a national nonprofit that generates cheerleading and dance programs that bring together students with and without disabilities. Since then, Sarah has become a nationally recognized speaker and inclusion advocate, delivering The Sparkle Effect's message to audiences nationwide. 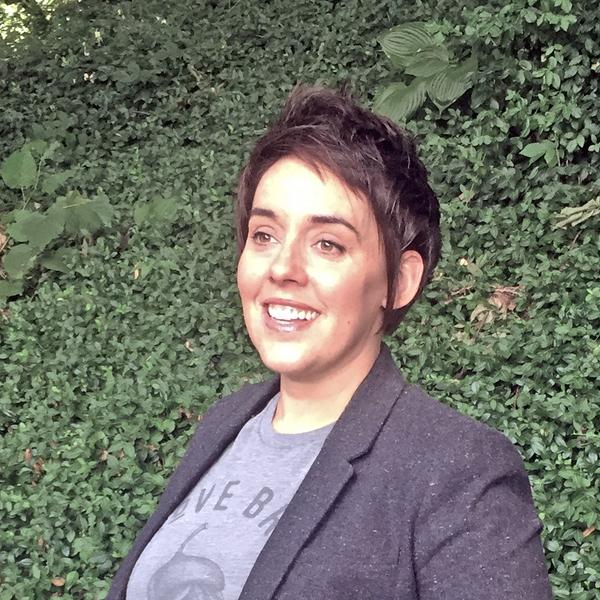