Brought back to the exhibit

Akito van Troyer strives to impact the future of human expression by creating musical experiences that enrich people’s lives. He accomplishes this through technological innovations in the fields of musical instrument design, music composition, performance, and audience participation. Akito obtained his Ph.D. degree from the MIT Media Lab in 2018 inventing novel interactive music systems that inspire and guide people in discovering their own musical language. His research interest lies in the transformation of everyday objects into playful medium to permeate creative thinking.

Van Dyke provides legal counsel to entities in a range of industries, including transportation, energy, health care, and higher education. He responds to regulator inquiries and enforcement actions, negotiates and implements settlements, and counsels allocations in multi-party investigations. Van Dyke also advises and represents participants in development projects as to environmental requirements and risks, permitting strategies, and cleanup costs recovery. He is the chair of the Section’s Sponsorship Committee.

Danika is the director of the New England Exotic Wildlife Sanctuary and the Foster Parrots Program. The program focuses on the conservation, education, adoption rescue and sanctuary of parrots who wound up there because they were abused, unwanted, or simply outlived their owners. The permanent lifelong care facility for homeless parrots and other displaced exotic pets has anything from the common budgy parakeet cockateels to medium size African greys, large macaws, cockatoos. The sanctuary sits on 23 acres of land in Hope Valley, Rhode Island and houses close to 400 exotic birds. Here, the greetings of the blue and yellow Macaws compete with the shrill screeches of cockatoos. Amazons gaze suspiciously as African Greys make their presence known.

George leads Synthetic Biology at the Wyss Institute, where he oversees the directed evolution of molecules, polymers, and whole genomes to create new tools with applications in regenerative medicine and bio-production of chemicals. Among his recent work at the Wyss is development of a technology for synthesizing whole genes, and engineering whole genomes, far faster, more accurate, and less costly than current methods. George is widely recognized for his innovative contributions to genomic science and his many pioneering contributions to chemistry and biomedicine. In 1984, he developed the first direct genomic sequencing method, which resulted in the first genome sequence (the human pathogen, H. pylori). He helped initiate the Human Genome Project in 1984 and the Personal Genome Project in 2005. George invented the broadly applied concepts of molecular multiplexing and tags, homologous recombination methods, and array DNA synthesizers.

Born in 1996 just outside of Boston, Massachusetts, Hayley Reardon discovered a passion for writing folk songs on her mother’s old guitar at a very young age. She quickly established a name for herself in the storied Cambridge, Massachusetts folk scene. Reardon was named a Bostonian of the Year by the Boston Globe Magazine in 2012 in celebration of not only her music but her work to use it as a vessel for empowerment. With a voice that is distinctively rich and a contemplative sincerity in her songwriting, Reardon has far more in common with Patty Griffin, Lucinda Williams, and Tracy Chapman than many of today’s young pop singer/songwriters, boasting a lyrical and melodic weight far beyond her years. Performer Magazine describes her music as “brilliantly moving folk/pop with a lyrical depth and soul,” while American Songwriter Magazine refers to Numb and Blue, the lead single from Wayfindings, as “a melancholy little masterpiece.”

Mason is the Executive Director of the Massachusetts Trans Political Coalition with over 10 years of experience as a trans rights advocate and activist. Originally from California, Mason graduated from Western Oregon University, before moving to New England. During his time in New Hampshire he was on the steering committee for Transgender New Hampshire and an organizer with the New Hampshire Coalition for Transgender Equality. An educator and activist, Mason is also an adjunct faculty member in the communications department at the University of New Hampshire at Manchester, where he specializes in LGBTQ images and perspectives.

Nathan Pearson is a Senior Director of Scientific Engagement & Public Outreach at NY Genome Center, where he and his colleagues build simple, engaging tools that compare one whole human genome to the next, in order to cast new light on human health and history. Fascinated by human genetic diversity since working as a young student in the laboratory of Luca Cavalli-Sforza (Stanford University), he traveled with Spencer Wells (now head of the Genographic Project) to collect DNA from people living throughout Eurasia, to reveal traces of ancient migrations recorded in their genomes. In doctoral work at the University of Chicago, he studied patterns of sequence variation on the great ape sex chromosomes, spotlighting how mutation, recombination, and natural selection have jointly made the X and Y ever more different from each other. Today, working with a talented team of scientists and programmers, he helps researchers and consumers sift through the billions of letters in each human genome.

Rita Poussaint Nethersole is a resident of Roxbury and is involved in many community activities. She is a volunteer animal care, education volunteer and docent for the Franklin Park Zoo and was a Chairperson, Host and On-Air Presenter for the WGBH/Channel 2 Auction. She is a consultant to the Harvard Foundation for Race and Inter-cultural Relations. She was also a volunteer in the Harvard Prisons Program. She received her A.B. degree in Afro-American Studies in 1975. She received her M.Ed. from Suffolk University in 1980 and an M.A in Critical and Creative Thinking program from the University of Massachusetts Boston.

Rodrigo lives at the crossroads of BIOLOGY + TECHNOLOGY + DESIGN. As Chief Marketing & Design Officer at Veritas Genetics, he creates experiences to engage people in the genomic revolution. For the last 20 years, Rodrigo has participated in and lead different initiatives in life sciences. Before joining Veritas, Rodrigo was Life Sciences Chief Strategist at IDEO. Prior to that he was a Principal with The Boston Consulting Group. With Juan Enriquez, Rodrigo co-founded Harvard Business School’s Life Sciences Project and coined the term ‘bioeconomy’ in a series of papers and articles starting in 1997. Rodrigo’s work has been recognized by awards including MDEA Gold Award, Core 77 Design Strategy, Webby; and has appeared in publications and books including WIRED, HBR Brasil, EDGE-Serpentine Gallery. Rodrigo has been a keynote speaker & presenter at: Summit at Sea, ARC Fusion, TEDx events, Brigham & Women’s Hospital, HBR Brasil, among other.

Internationally known as an authority on the history of zoos, Rory has taught and served as an academic and residential dean at Yale and at Harvard. Rory works closely with individual advisors and with academic departments and programs to improve the academic planning information available to students and to encourage them in the timely use of that information. A graduate of Oxford University’s Hertford College, where he also earned a master of arts and doctoral degrees, Browne came to the University in 2006 after 15 years at Harvard University in a variety of administrative and academic positions, notably as associate dean of freshmen from 2000-06 and associate secretary to the university from 1996-2000. Prior to that, Browne spent eight years at Yale University, first as dean of Branford College and a lecturer in history, and then as the Association of Yale Alumni associate director for education and communications. 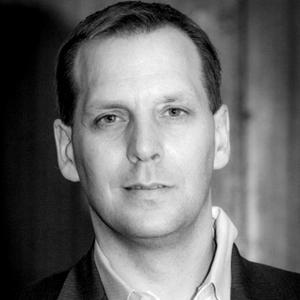