Continuing our journey of 6 years of spreading ideas worth from Tehran, we are fascinated with the effects of ideas. Yet we have so many challenges in front of us: climate change, our collective future, artificial intelligence, etc. Nothing is in our absolute control but one thing is certain: we need to act now! or we can not tell our children that we did our best. We, at TEDxTehran, believe that to take action, we need to inspire Responsible Optimism. For our next event, we are bringing optimists (both among speakers and audience) who believe they have the ability to influence the events of their lives and others also willing to take responsibility for their optimism and act on it.

Hail to our friends at the HUS.Institute who gave us the inspiration to think about Responsible Optimism.

Born in 1980, Dr. Amir Hossein Yazdani studied psychology in Tehran University. Meanwhile, he simultaneously continued his studies in western and Islamic philosophy, sociology as well as Religious studies. He began his career in 2002 as a university teacher, researcher, and consultant in the state- and privately-owned organizations such as Tehran University and Semnan University, the Women Entrepreneurs Society, an NGO, and the ministry of energy. Since 2010, he has practiced psychoanalysis while teaching philosophy outside the academic world. He is currently a psychoanalyst at the Mina House; an advisor to the Gashtar Industrial Group; and a teacher at the Ravesh School.

Born in 1990 in Hamedan. Arash Eskandarloo has started playing Piano from 1994, and composing, Sound editing and Sound designing in Films, Series, Teasers, Document Films, Theatre and composing music For “International Festivals” from 2006 to 2016. Since 2016 he has started to Compose, writing Songs, Conducting, arranging and playing keyboard and piano in Pop, Jazz, Rock, fusion genres and now working in two Bands “10or trio” as piano and keyboard player and “Madaar” as main member, producer, song writer, composer, arranger, piano and keyboard player .

For most of us, the only goals defined in the first 20 years of our lives are focused on education and learning. We spend over 10,000 hours at school, university and training institutes, all to build an asset for the next phase of our professional life. But surveys show that fresh graduates right after graduation lack the skills to properly perform almost any job. As a result, most struggle to find employment, pushing them to gloom and despair instead of the bright future they were expecting. This is leading many to confront the question: Is education worth all the time, energy and money being spent on it? Aseyeh Hatami, entrepreneur and researcher of the job market who founded IranTalent.com and studied the recruitment challenges faced by thousands of local and international companies, will show us how to transform education from a sunk cost to a valuable asset through 4 timely actions.

Born in 1989, Behrang Motamedi began learning music at the high school of music and began playing cello instruments in 1384. Since 1389, he entered the Tehran Symphony Orchestra and the Iranian National Music Orchestra, and to date, he has been with known interceptors, including: Shahrdad Rohani, Ali Rahbari, Nasir Hayidarian, Manouchehr Sahbaei and Farhad Fakhridini, and internationally recognized interceptors, including: Ricardo Mutti, Mark Stephenson, Alexandre Rodin, Emil Tababekov, Christian Schultz, worked.

...I’m not the first n won’t be the last; The stage of life has an endless cast... Satah... Hamed Abdi was born a Capricorn in 1973 in Khorramabad, western Iran. In his late 20’s, he was an English newscaster and correspondent with several reports for the CNN World Report to his credit. Over the two decades of his teaching career, he has trained thousands and mentored dozens of students in the fields of linguistics, TEFL, translation, interpretation, phonetics, creative writing, and critical discourse analysis. In his Ph.D. thesis, he has formulated a novel classification of metaphors and has developed a model prism for meaning excavation in the process of translation. Yet, his personal pastime has always remained enjoying world literature. Hamed Abdi’s inner poet has created him a mental haven that he refers to as Dotland- a universe where poets and thinkers of all ages and languages converse in verse.

Diplomat and Worldview Developer of Friendship

Mohammad Jafar Amir Mahallati was chairman of the department of economics in Kerman University and then became a multilateral diplomat. As ambassador to the United Nations (1987-1989), he played a key role in the acceptance of the Security Council Resolution 598 which brought Iran-Iraq war to an end. After his diplomatic career, Mahallati taught international relations at Columbia University for seven years. He also served as a senior scholar at a number of think-tanks with focus on Middle East Studies. As Presidential Scholar in Islamic Studies and then Nancy Shrom Dye Chair of MENA Studies, Mahallati has taught on peace theology at Oberlin College for over a decade. His dream is to develop a Peace Village in his hometown Shiraz including an institution of peace studies, peace museum, peace library.The school of peace that Mahallati advocates have one message: Not only the war but also the lack of friendship in social and international relations is a huge cost for the entire humanity.

Majid NaghediNia born in Tehran on 1968 – the same year that Intel Corporation was founded and Apollo 8 mission launched. He began his professional career in 1990; a year that the country was in a political crisis and the same year the Python programming language was founded. He began his career with importing computers, hardware, and financial and administrative software. Due to his interest in multiple industries, he entered other fields such as stock brokerage, currency exchange, manufacturing electronic equipment, ERP software, food production, restaurant chains and so on. Despite owning businesses in different branches, they were all executed successfully, as “practice makes perfect”.Since 2002, he started a brokerage firm and a currency exchange and was engaged in technical market analysis. In all these years, he shared his experience and knowledge through seminars for young individuals. He believes that economic justice will be achieved by implementing the free market economy.

He is graduated in Composing from Art University and successfully completed his education on master degree. He has benefited from great composers such as Tolib Khon Shakhidi from Tajikestan and also Ahmad Pejman, Khayyam Mirzazadah, professor Dichko and other Professors. In 2008 he won the third price on the composing competition known as "Singing and Sports" (2008 Olympics Games) with his piece "The Peace Bird". In Jan 2010, Alireza Ghorbani sang two of his pieces with Vancouver Symphony Orchestra. His activity started since 2000, with cooperating with Tehran Symphony Orchestra as Timpanist and Percussion instruments he had taken parts in several activities with conductors such as Loris Tjeknavorian, Ali (Alexandr) Rahbari, Shahrdad Rohani, FereydoonNaseri, Nader Mashayekhi, Derek Gleeson and other conductors.

Professor Nima Rezaei gained his medical degree (MD) from Tehran University of Medical Sciences and subsequently obtained an MSc in Molecular and Genetic Medicine and a Ph.D. in Clinical Immunology and Human Genetics from the University of Sheffield, UK. He also spent a short-term fellowship of Pediatric Clinical Immunology and Bone Marrow Transplantation in the Newcastle General Hospital. Professor Rezaei is now the Full Professor of Immunology and Vice Dean of International Affairs, School of Medicine, Tehran University of Medical Sciences, and the co-founder and Deputy President of the Research Center for Immunodeficiencies. He is also the founding President of Universal Scientific Education and Research Network (USERN). Prof. Rezaei has already been the Director of more than 50 research projects and has designed and participated in several international collaborative projects. Prof. Rezaei is an editorial assistant or board member for more than 30 international journals.

Born in 1984, Niyousha Barimani is a Kamancheh player and lead player of Nushe band which was established in 2013 (the only jazz and pop band formed and led by an Iranian woman). She started learning academic music when she was 10 and graduated music university afterwards.

Saba Nassiri is a visual artist. She studied Fine Arts Sculpture at the University of Tehran. In the past 20 years, she has had different experiences in handicrafts, digital art, and organizing workshops for children. Six years ago, she started creating animated pictures. Her art is a mix of imagination and creativity with lively photos from various scenes of the city. She captures these photos while hours of walking around the city, which is now part of her daily life. She gets out of the house every day to get inside herself. When walking, she explores and finds ways to benefit from her solitude.

Sepehr Mousavi is an Iranian sustainability strategist, innovation catalyst, smart city lead and a passionate futurist with an international and multicultural background based in Stockholm, Sweden. During past few years, Sepehr has been enlisted as one of the 50 world’s most influential global smart city leaders, nominated as one of the Sweden’s top 33 sustainability agenda shapers by Swedish topmost environmental magazine, Aktuell Hållbarhet and as well claimed no.19 of the top 101 Swedish super talents and 'future leaders of Sweden' list published by the leading Swedish business journal, Veckans Affärer. Being associated with innovation companies, various municipalities, United Nation and chairing the Swedish National Committee for ‘Sustainable Smart Cities and Communities’. As a technocrat futurist, Sepehr claims to strive for helping to build a better world and more equal societies and communities by expanding global reach and access to sustainable, smart and digital technologies.

Shabnam Yazdani is born on the 21st of June 1987 in Tehran. She has a Ph.D. in Aerospace engineering from the K.N.toosi university of Technology. During university, she was always engaged in projects that could ameliorate human life using space technology. While studying her Masters she joined Space System Desing Institute (SSDI) team to work professionally and officially on industry based space projects. A few years later she was promoted as the director of SSDI and her main concern was to combine university knowledge with industry requirements. In 2016 she was hired by Iranian Space Agency to work as the supervisor on university projects, the exact opposite point of where she used to work. This shift of environment gave her an insight of deficiencies between university and industry preventing private parts from flourishing. she is now working as a space business development director general in ISA.

Shahla Safaei is graduated from IT Engineering. She is interested in traveling, writing, music, doing sport and animals since her childhood. She pursued her studies in several fields including philosophy, management, literature, and history. She has the experience of being Marketing Manager in the gas and oil industry, entrepreneurship. She is the content manager of two businesses in Iran and the US. She updates her personal website " Kooch.org " and mostly talks about her life and keeping our idiosyncrasy and she writes about sociology which is her main concern in another website "sociomind.org" to share her knowledge with everyone who has the same concern. After deepening her studies in history especially about 20 & 21 centuries, she realized a contact endeavor is working on everyone to become similar and she decided to scrutinize this fact and will talk about the summery of her studies in her talk. 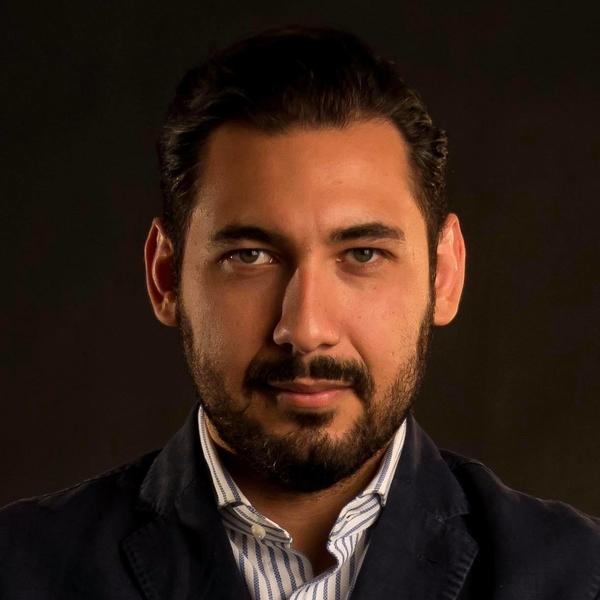 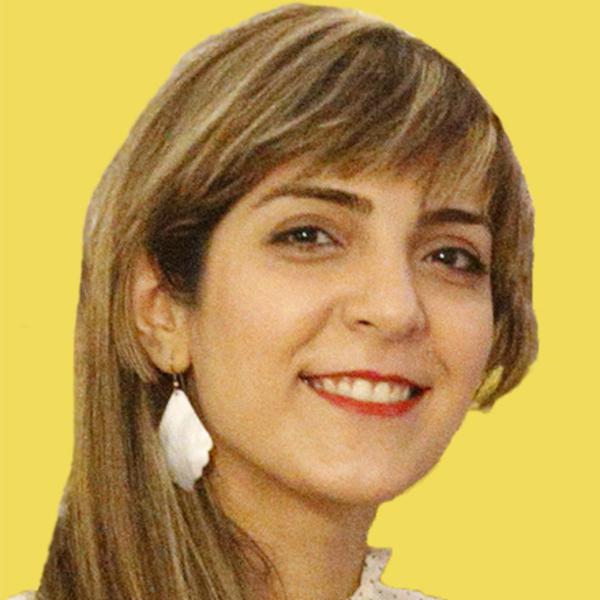