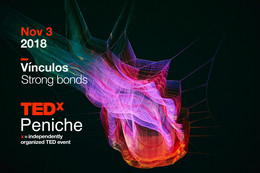 What connects us to others, to places, to the world; what keeps us united; what gives us identity and meaning; what makes us belong; what creates trust, involvement, purpose. What are the relationships that we depend on to bring logic to our lives and what happens when that logic is challenged. How many connections we don't know of and how many things seemingly unrelated are connected in the most extraordinary ways.

At a time when it feels that what divides us is far greater than what unites us it's urgent to understand that we have the power to build an alternative future based on new strong bonds.

Teacher of yoga for kids and entrepreneur

How can we help our children become resilient, happy and confident people? Ana Rita Duarte, extraordinary local Peniche teacher, shares how we can change the lives of our children, in our ever-changing world.

Carlos Vala, architect and artist from Peniche will be present at TEDxPeniche live painting. His works, often marked by the theme of the human figure, are paper drawings, canvases, sculptures and installations in which he uses various types of materials and tools. And if you are in Peniche, go check some of his works in the city and in the council of Atouguia da Baleia.

Dapunksportif started in late 2004 in Peniche and now, 14 years after and with 3 published albums, the duo João Guincho and Paulo Franco will be at the TEDxPeniche. They are the creative core of the rock band and longtime friends who have opened shows for the Xutos and Pontapés with their sonority inspired by music genres such as blues, rock'n'roll, punk and electro.

FOOX is an attorney, film producer and painter. As a fast rising film producer, working with artists and financiers he’s developing groundbreaking feature films like BITXBIT, his latest documentary. In his talk David is going to share what he learned during the making of the film about cryptocurrencies and blockchain technology and the impact it can make in our future lives.

Joana is a fishmonger by mother side and farmer by father side but it was in design that she found the way to make peace with this hereditary load. Moved from the countryside to the city to work with developing brands, communication campaigns and innovation projects for clients, big and small. Ended up opening the Peixaria Centenária (Centennial Fishmonger) where, with design, she learned how to sell her fish.

What do sharks and mosquitos have to do with following your dreams? The renowned shark expert, novelist and academic, shares with us how perseverance and humor can take us far in reaching our dreams. João is a professor at ESTM/IPL Peniche.

Thinker and tinkerer, who works in redesigning and democratising organisations, governance, and education. At TEDxPeniche he'll be sharing his ideas on reinventing education for the world we want. Jon lives by the sea in Peniche.

We challenged one of the most recognized musicians in Peniche to create a music for the theme of the event - “Vínculos” Strong Bonds. Zé Manel, as he is known, is probably who taught more people to play music in Peniche. To celebrate the music, the story, and his work got together Cristina Luz - singer, João Viola - viola, and Nelson Valério - portuguese guitar.

How can the way we live and design our cities and homes enable us to be more democratic? Pedro Aibeo, architect, artist, and future thinker shares how building less can give us more.

Director of a folkloric ranch

What makes a people a people? The culture, the traditions, a way of speaking, of singing, of dressing, dancing? And where does all this start or come from? Ricardo is the director of Geraldes Folkloric Ranch and passionate about telling stories that usually remain untold. It is one of these stories that he comes to share with us on November 3rd at TEDxPeniche.

Professor of Business Administration and Management, Co-director of the Center for Strategy & Competitiveness

Robin is a do-it-all - mother of five, Professor of Business Administration and Management of Digitalization in Gothenburg, Sweden and Co-director of the Center for Strategy & Competitiveness who, recently chose Peniche as harbor for the Peniche Ocean Watch Initiative. Robin will tell us how this coastal community development initiative is using circular economy as a way to achieve economic resilience in Peniche and how serendipity influenced the project.

Afonso Castanheira, also known as Blue Beard is a surfer musician that plays double bass, sings, composes and writes lyrics. His music is fresh and turbulent, directly from the energy of the sea, wind, surf and good vibes of Baleal.

Activist designer Susana António, combines product design with traditional knowledge and social innovation to impact the lives of local communities in Portugal. Susana's moto is "Old is beautiful", and brings us all to challenge our perspective on ageing and the elderly.

Susana is not only an innovative Neuroscientist studying how meditation can change our brains, but also has the accolade of being the only Portuguese woman to have swam from Berlengas islands to Peniche. How can mindfulness and meditation make us superheroes?

Legendary local and national surfer Teresa Ayala has been surfing the waters of Peniche for over 30 years. She will be sharing with us her story and how to look after our local playground in a soft environmental activism where she leads by example and with the attitude “the beach is our garden”.

How can the energy of civic action enter into our lives and change our communities forever? As ex-Mayor of Peniche and local ambassador, Tó-Zé shares his powerful journey of community action and environmental sustainability that had a global impact.

An appointed Maori elder, Toroa Aperahama, was raised and taught the traditional ways of his Ancestors in New Zealand. Today, do we all live a mono-existence or are we all one? Toroa will share with us unexpected new ways the world is connected. 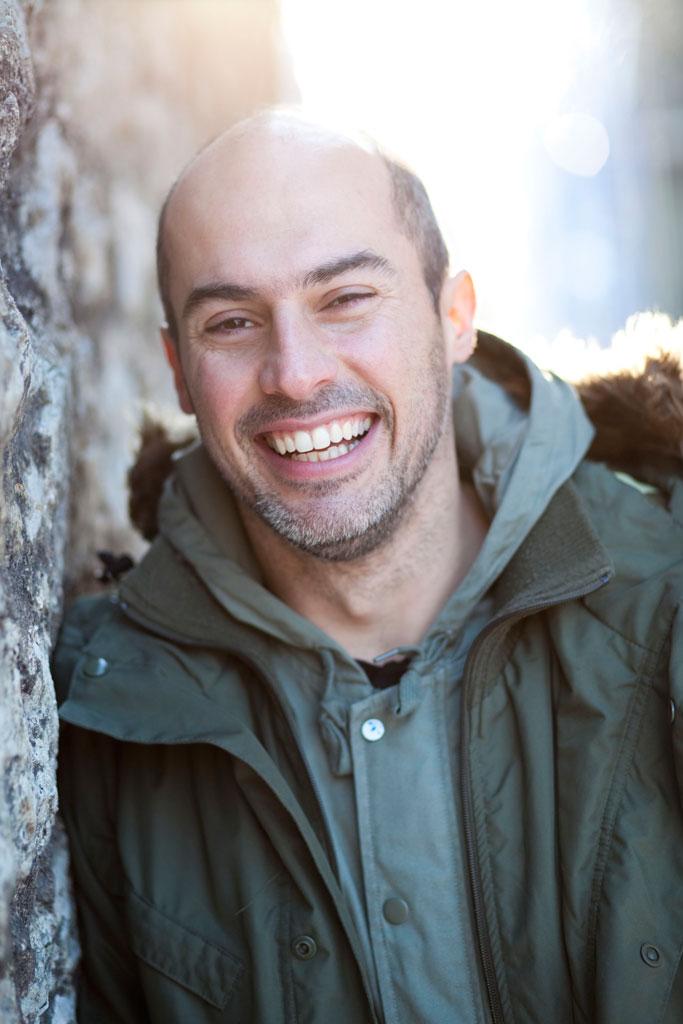