This event occurred on
May 31, 2018
Ashburn, Virginia
United States

This TEDX salon event is for those defining moments, ideas and messages in life that we must grasp or overcome to achieve self-discovery or insight to achievement. To go beyond the path to the unseen or leap the unbeliever. We share those disruptive experiences from music, technology, the arts, and those ordinary experiences in life that takes us to the extraordinary or give us a glimpse into the future.

AJ Jaghori is a serial Technopreneur, Data Scientist, Inventor, Early Blockchain Pioneer, Founder of the MIT Social Genome Project, and a Fortune Magazine Most Influential People in Business - 40 under 40 nominee. A self-taught, dyslexic coder, he started his first tech company at 17 from the back of a car in Palo Alto and sold it at 19. He’s since had 4 successful exits including to Google and Verizon, 2 failed ventures, a month-long digital detox with a Buddhist monk whose teachings helped him overcome burnout, and a patent litigation battle that nearly bankrupted him ,all before the age of 30. AJ is the CEO and Co-founder of social commerce upstart Chelfie, Founder and Managing Partner at the global tech incubator HelloLoCo.

Brandon Diaz is a gifted and highly accomplished vocalist, songwriter & musician born & raised in Northern Virginia, with 13+ years of experience.As a 21-year-old student at Berklee College of Music, he is excelling on many levels, not only academically, but also by continuing his pursuits as a solo artist & fulfilling his goal of creating an R&B Soul Fusion band (Brandon Diaz ’N Soul) along with equally talented fellow students from Berklee. His dedication to his art is evident and compelling. He has recently expanded his reach worldwide after being a Top 24 contestant on the latest reboot of American Idol on ABC. Brandon clutched the nation with his soulful performance of Allen Stone’s “Unaware” and his scintillating rendition of the hit song “Despacito”. He has received love and support from countries all over the world, and is currently in the works of writing and recording new music. He wants to blur the line between pop and R&B while bringing a fresh face to the music industry.

Caroline is an alum of the University of Washington’s Early Entrance Program, which is designed to prepare and guide young students through college. She started her preparatory year at age 13 and officially became a college student at age 14, eventually graduating with degrees in bioengineering and applied mathematics at age 19. She specializes in biological modeling and software design. She has done research through the University of Washington, Fred Hutchinson Cancer Research Center, and Institute for Systems Biology in Seattle.

Mali Phonpadith is the Founder & CEO of the SOAR Community Network (SCN). She is a #1 International Bestselling author, speaker, authenticator of brand values and messages, podcaster and producer of Tea with Mali TV Show.

Pat Scannell is an industry leader in developing and commercializing new technologies. His 25+ year career covers pioneering work in the Internet, wireless (2G, 3G, 4G, 5G) and the Internet of Things, in segments ranging from some of the most ubiquitous consumer electronics around us today to DARPA-funded advanced defense technologies. For the last 5 years, Pat has dedicated his focus to understanding the growing impact of these emerging technologies on humans, and specifically on human thought. His research has him working with world-leading neuroscientists, psychologists, technologists, policy leaders, and thought leaders from a wide range of other disciplines;the result is being compiled into a 3 book series examining the co-evolution of technology and cognition across human evolution.

Tyler works at the intersection of emerging technology and organizational culture to help leaders transform their teams to thrive. A West Point graduate with 2 combat tours in Afghanistan focused on targeting bomb-making networks and conducting covert operations, Tyler now works with leaders across public and private sector industries to identify and understand disruptive technologies and their implications, and identifying the meaningful data and human attributes that signal coming risk and opportunity. He spends the majority of his workday exploring the rapidly changing world of advanced technology and helping organizations to take advantage of change, and the majority of his evenings coaching youth soccer. 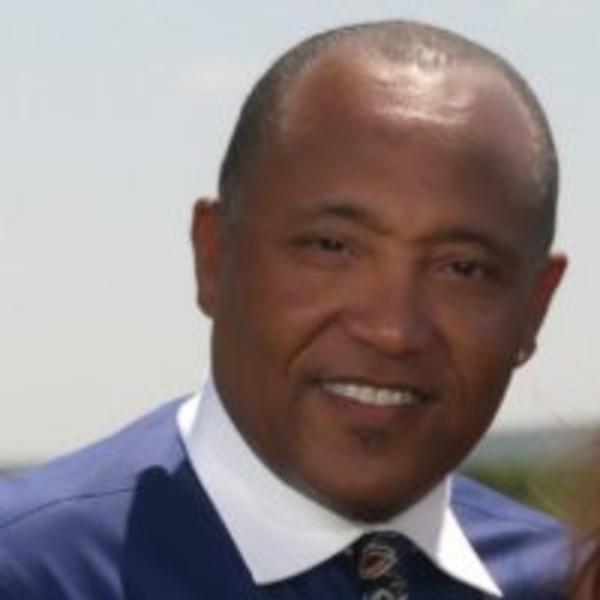