Abigail Zhang is a year 8 student at Lauriston. When she doesn’t have her head in a book or isn’t endlessly scrolling through her Instagram feed, she is a passionate human rights supporter and loves a good debate (inside and outside the classroom). Her love and passion for the wonderful cultures and diverse people around her have inspired her to share her ideas of the importance of cultural diversity within schools.

Bella Crouch is a Year 12 student at Lauriston Girls’ School. Having had a bilingual education throughout her life, she is passionate about internationalism, and is fascinated by the roles of culture and language on how humans interact with the world around them. She’s thrilled to be taking part in TEDx to bring her ideas about global citizenship to a wider audience.

Emina Besirevic is a third year Law/ International Relations student at Monash University. During her tertiary studies, Emina has worked across government and NGOs, including the British Consulate- General and UN Youth Australia. Her passion for international relations has also earned her the Global Scholar scholarship where she has travelled to the United Kingdom to study at Cambridge University for an intensive international politics program. Earlier this year, she was also selected to participate in the largest stimulated United Nations Conference in New York, where she debated with other passionate delegates from across the globe. A strong advocate for human rights, Emina is passionate about ensuring young people are empowered to make a difference in the international arena.

Jon Staley is a Producer, Writer, Director and Social Entrepreneur and has been involved in establishing the youth media social enterprise Youthworx from scratch – taking the seed idea of using creative media to engage highly marginalised young people and building a sustainable model. Over the past decade Jon has successfully overseen the development and production of over 400 commissioned short films while training and mentoring young people as film producers. Most recently Jon co-wrote and directed Brown Paper Bag based on a story by acclaimed indigenous author and storyteller Boori Monty Pryor. In 2017 Brown Paper Bag was the winner of Best Achievement in Indigenous Filmmaking at the Stkilda Film Festival. Jon is passionate about the role film can play in giving voice to marginalised communities.

Kathleen Esser grew up in Mauritius speaking French, English and Creole. She is trilingual and she considers herself to be Mauritian. After completing her schooling in Mauritius, she moved to Australia with her family. She graduated with a BA Arts and a Master in EIL from Monash University and a Master of Teaching/IBDP Certification in Teaching & Learning from The University of Melbourne. Kathleen believes that Creole languages are the languages of the future because of the way they were created and continue to evolve. She also firmly believes that the skills needed to understand and to speak a Creole should be part of any language curriculum.

Lilith Pett is a Year 8 student at Lauriston Girls’ School. Born in England she was dragged across the world experiencing different cultures as she travelled. Her love of difference is almost as strong as her love for her cat, almost but not quite. Now she’s an aspiring designer-activist-traveling-photographer who maybe doesn’t have everything planned out. She hopes her speech on the modern LGBTQIA community will give insight and recognition that may not be experienced otherwise.

Monika Grierson is a Senior Economist at the Department of Treasury and Finance where she works on developing funding models that focus on achieving social outcomes for people experiencing disadvantage. Prior to joining the Victorian Treasury, Monika worked at Oaktree, Australia's largest youth-run not-for-profit, on a campaign to raise awareness of the relationship between climate change and poverty in the Asia-Pacific. She holds a bachelor of Commerce (Economics and Finance) and Diploma in Languages (German) from the University of Melbourne and has also studied Development at the Paris School of Economics. Monika recently started a mentoring program that connects young women interested in economics with female economists from the Department of Treasury and Finance.

Paul Butler attended Christ Church (yes, the Charles Dodgson/Lewis Carroll and Harry Potter college) at the University of Oxford. He graduated with an MA degree in Natural Sciences (Physics) and moved to work as an engineer with BBC television. He returned to Oxford to train as a teacher, then moved to Melbourne, Australia. He has now taught Physics, Mathematics, Science and Information Technology for 40 years in single-sex and coeducational schools, variously holding the position of Head of Science, Head of IT and Director of Curriculum. In this time, he completed the BEd and Med Studies degrees at Monash University. Paul Butler presents classical music on 3MBS FM radio, sings in a choir and drives a 1970 MGB sports car.

Reesa Navani is a Year 11 student at Lauriston Girls’ School. In a nutshell, she's just another chai-loving, dog-obsessed and Grey’s Anatomy-addicted teenage procrastinator who is passionate about all things feminist as well as all things public speaking and so, combining these two loves is a dream come true. Hopefully, her presentation will provide a deeper perspective into gender-related issues in our society today that are only becomingly increasingly prevalent, as is evident with the #MeToo movement.

Ruth Clare is the award-winning author of the acclaimed memoir, Enemy (Penguin 2016), a book about her experience growing up in a home with domestic violence and an exploration of the psychological impact of war on veterans and their families. As well as working as a copywriter for over a decade, she teaches creative and non-fiction writing, and is a passionate advocate for the rights of children. Her work has appeared in publications such as Meanjin, Elle, The Good Weekend and Better Reading.

Shasta is a scientist and science communicator; a passionate adventurer, entomologist and educator. She has named beetles from the Amazon (and has one named after her), guided white water rafts in Canada and once crocheted a hot air balloon. She lives in Tasmania, where she is completing her PhD research into alpine fire ecology. Shasta is also a representative of Future Crunch; a Melbourne based Nerd collective committed to communicating how science and technology are creating a world that is more peaceful, transparent and abundant than ever.

Tilman Ruff is Co-President of International Physicians for the Prevention of Nuclear War (Nobel Peace Prize 1985); and co-founder and founding Chair of the International Campaign to Abolish Nuclear Weapons (ICAN), awarded the Nobel Peace Prize in 2017 “for its work to draw attention to the catastrophic humanitarian consequences of any use of nuclear weapons and for its ground-breaking efforts to achieve a treaty-based prohibition of such weapons". Tilman is also Associate Professor in the Nossal Institute for Global Health, University of Melbourne; and international medical advisor for Australian Red Cross. He was appointed a Member of the Order of Australia in 2012 “for service to the promotion of peace as an advocate for the abolition of nuclear weapons, and to public health through the promotion of immunisation programs in the South-East Asia – Pacific region”. 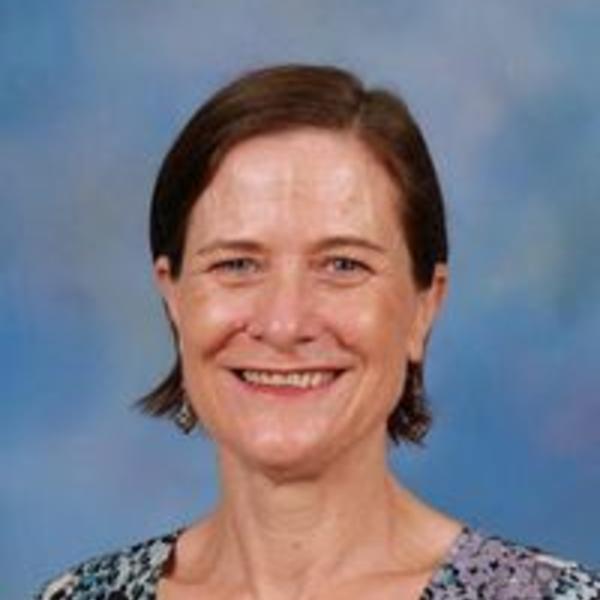