I’m Alp Çırnaz and I was born in 2002 in Istanbul, Turkey. I graduated from SEV schools and I’m currently a 10th grader at Üsküdar American Academy. I like to travel and spend time with my friends. I enjoy public speaking, mathematics, science and sports. I do track and field and sailing. I’m also a huge soccer fan. I watch soccer matches a lot and I also play on the school soccer team. I’m in the school MUN club as well. I attend to both local and global MUN conferences. Even though I am currently undecided about what to study in the future, I want to become either an economist or a physicist. I’m looking forward to the upcoming Tedx event.

I’m Arda Yengul and I am currently a 10th grader in Uskudar American Academy. I was born and have always lived in Istanbul. My passion is researching. I love to learn about topics that interest me by watching videos and reading books about them. I also love explaining them to people. I am currently participating in the Book club and the Philosophy club. Some topics I’m deeply fond of includes subjects like Philosophy, Psychology, Evolution and Neurology. I am really excited about the TEDx event, as I will be trying to merge the topics I’m most fond of and to explain my ideas.

Deniz is an entrepreneur, investor, corporate strategist, ex-auditor, MBA grad, scuba diver, and supporter of social entrepreneurship. After graduating from Uskudar American Academy and later Carnegie Mellon University, Pittsburgh (B.S. Economics/Math) she started her career as an auditor at Ernst & Young where she lead teams in the audit of various sectors mainly banking, insurance, production, news and media sectors. After receiving her MBA degree at Koc University, she co-founded her first company, Balyolu: The Honey Road. Balyolu won several prestigious awards and was at the time the most funded food-related Kickstarter campaign. Deniz works with investors and women entrepreneurs and acts as the Managing Partner of Arya Women Investment Platform. She has served as the Istanbul Chapter President of Ellevate, the largest global women’s network in the world, and is a member of the Carnegie Mellon Alumni Association, Turkey.

Math Teacher at UAA Elvan Yaralilar was born in 1988 in Manisa. She graduated from Bogazici University in 2012. After her graduation she seeked for different job opportunities. Between 2013 and 2016 she worked as a Human Resources specialist in an energy company. At the age of 27 she decided to go back to her passion – teaching - . She worked at TED İstanbul College for 3 years and she has been working as a Math Teacher at UAA for a year now. Her passion in life is teaching and learning. That is why she has been practising and teaching lindy hop ( dance ) in the evening for three years.

Kutay Ürkmen was born in 1972 in Ankara. He graduated from Hacettepe University Psychology Department in 1994. Psychologist Kutay Ürkmen, who worked as an executive in Koç Holding for many years, is especially known for his motivation seminar titled "The Magic of Smile", which was shared with more than 100,000 participants in more than 720 presentations in 6 different countries. Until this day, Kutay Ürkmen has attended many leading national television and radio channels in Turkey such as TRT, FOX, Star TV, SHOW TV as a guest speaker. Ürkmen, who is known as the first and the only "Smiling Trainer", also prepares and presents a radio program called the "Therapy Hour" in TRTFM. In addition to the motivation seminars he continues to carry out under the umbrella of his company, "AKADEMİ 35 Eğitim ve Danışmanlık", Kutay Ürkmen still works as a columnist at Hürriyet Aile.

I was born in 2001 in Istanbul. I’m currently a junior in Uskudar American Academy. Being a psychology enthusiast, I’m interested in unpredictable, weird but intelligent, rational but irrational species called human beings. I like creating, designing things and finding practical solutions to problems. I also enjoy playing tennis, travelling to new places, taking photographs. 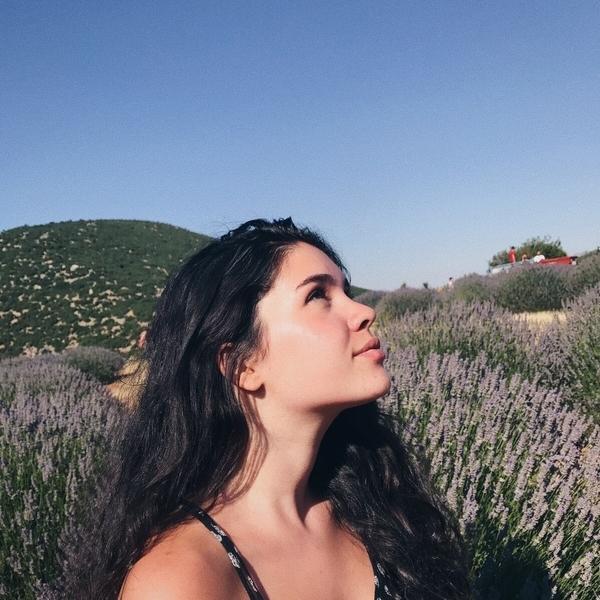