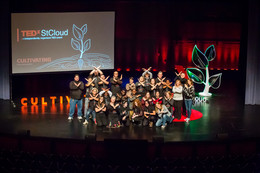 Six TEDxStCloud speakers presented their ideas worth sharing on Thursday evening, October 11. Our speakers planted thought-provoking seeds for you to nourish and grow in your own plot, the field of your mind.

Cultivating means many things: preparing and using land for plants, breaking up soil to prepare for planting, raising gardens, crops and even cells. On a personal level, cultivating means developing ideas, skills, qualities and sentiments. Cultivating means working to make something better. Cultivating a plant, a skill or a relationship requires attention to detail and patience.

Cultivating is an active process. Cross-fertilize your ideas with our speakers’ and those of other TEDx attendees. Join us in cultivating an even better community!

Beth Berila is Director of the Gender and Women’s Studies program at SCSU and a Professor in the Ethnic, Gender, & Women's Studies Department. She is also a 500-hour registered yoga teacher. Her work blends intersectional feminism and mindfulness to help communities more fully embody social justice.

Brian Beck is the Vice President of Research and Development for Microbiologics and has led the organization's molecular products and services division since 2013. Brian earned his Ph.D. in Bacteriology from the University of Wisconsin-Madison and completed research appointments at the University of Minnesota and the University of Michigan. He is fascinated by the translation of scientific knowledge into applications that improve and environment and our lives.

Cynthia Terlouw (CeCe) has spent over 30 years working with troubled teens. In 2014 she opened one of the first MN Safe Harbor programs for sex trafficked and exploited teen girls as part of the Heartland Girls Ranch in Benson, MN. Recognizing the lack of housing and services in our state for sex trafficked wom

Eric R. Sannerud is a farmer, thinker, and entrepreneur. He is CEO of Mighty Axe Hops, a Minnesota hops farm. He is a TEDx speaker, Fellow of the Future, and advocate for the next generation of farmers. In his free time, Eric loves food.

Fahmo Abdi and Naimo Abdullahi have been performing poetry together since they were in the sixt grad. Currently sophomores at St. Cloud's Tech High School, they perform regularly at community event.

Jashmin Nakarmi came to the United States from Nepal in 2012 to follow her career passion. A graduate of St. Cloud State University, she is a Graphic Designer at Leighton Interactive while also completing a Masters degree in design. She is "always looking for the new new life experiences" and believes in living so as to have no regrets. Her vision for the St. Cloud region is that it is a growing community of like minds and a hub of idea inventors.

Jolene Singh is a general and trauma surgeon at St.Cloud Hospital. She has been practicing in St.Cloud for six years and has been performing robotic surgery for one year. Jolene is originally from Plymouth, MN and completed her medical and surgical training at University of North Dakota and Hennepin County Medical Center.

Kanthi Yalamanchili is the founder and CEO of Rizlet, a tech startup that aims to empower women and create chic, smart wearables that help keep them safe. Yalamanchili, who grew up in India, has had a passion for science, technology, engineering and math (STEM) since childhood. As an engineer, her research has included work on hydrogen jet propulsion and data storage. She is. on a mission to transform the personal protection device (PPD) industry.

Undisputed winner of the “Best Job on Campus” four years in a row, Mark is a technology evangelist and director of the SCSU Visualization Lab. He teaches courses in Software Engineering when he’s not trying to make something that’s indistinguishable from magic. Originally from Mississippi, he’s been in Minnesota five years now and is acclimating nicely.

Mary Dana Hinton became the fifteenth president of the College of Saint Benedict in 2014. Dr. Hinton's scholarship focuses on African American religious history, higher education leadership, the role of education in peace building, and inclusion in higher education. She is the author of "The Commercial Church: Black Churches and the New Religious Marketplace in America." Hinton is "enthralled by the emerging neuroscience research about brain development in late adolescence and young adulthood."

Matt Julius leads the anaerobic digestion and biomass production team at St. Cloud State University. His research goals focus on microorganism use applications, and include working with academic and corporate partners in the U.S., Japan, Northern Ireland and Nigeria. Together these research teams are identifying novel organisms for biomass production for use in nano-material, dietary supplement, nutraceutical, and pharmaceutical applications. Julius predicts that we will experience near zero cost energy in the future.

Steve Henningsgard is a product manager at Geo-Comm, a leading provider of public safety GIS systems. He attained a BS in computer engineering at St. Cloud State University, having previously spent ten years as a touring musician and audio engineer. Henningsgard is "inspired by people who constantly strive to be better, who aren't satisfied with the status quo, and who maintain an open, excited mind."

Wm. Blair Anderson is currently Chief of Police of the St Cloud Police Department and has been a licensed peace officer for 20 years. He commands 108 sworn officers and 45 civilians with an operating budget of approximately $17.5 million dollars. 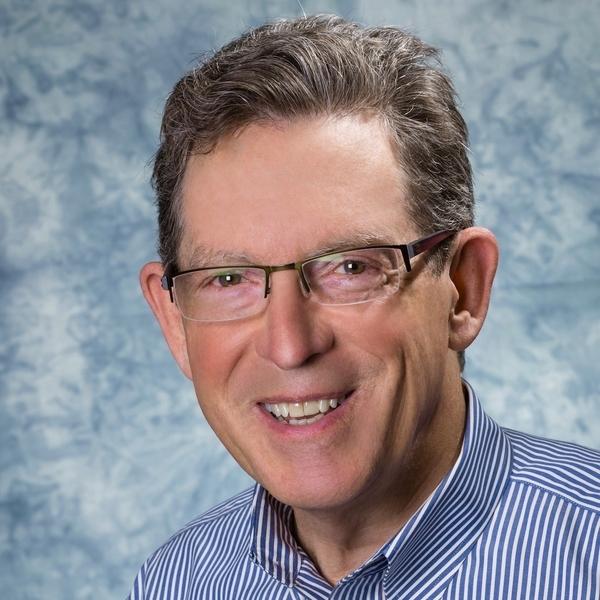 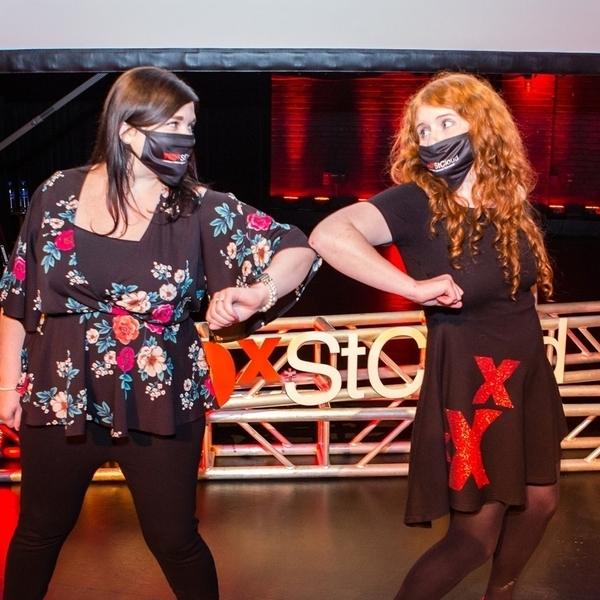