My name is Abby, I’m 16 years old. I live in Toulouse. I go to the Lycée St Joseph Nay, a boarding school in the Pyrenees where I do lots of sports: riding, boxing and weight lifting. I am in 1ère ES and I would like to be a fighter pilot one day. I am very glad to do the TedX talk!

Dr Amanda Hodgkinson is an award winning novelist, poet and journalist. Her debut novel 22 Britannia Road, a riveting novel of love and war, was an international best seller. In luminous and powerful prose, Amanda writes about love and loss and the changing ways we understand relationships and family. She is a lecturer in Creative Writing at the University of Suffolk.

Hi, I’m Audrey, I’m 17 years old and I go to the Lycée Victor Hugo in Colomiers. Next year, I’m going to Caen to learn Norwegian, I hope to live in Norway one day. Maybe to become a hollistic detective, or to work at the nobel peace prize center, who knows?

David Mimoun is an associate professor in space systems at ISAE-Supaero since 2007, and deputy head of the Master in Astrophysics of the University of Toulouse. He leads the SSPA (Space Systems for Planetology and Applications) SUPAERO research team, focusing on the design of space mission and space instruments for the geophysical exploration of the solar system. He was the systems engineer of the SEIS Martian seismometer, until its selection by NASA as part of the InSight 2018 mission. He is currently co-investigator of the InSight mission, in charge of overall performance. Guest Researcher at the Jet Propulsion Laboratory / Caltech in 2013-2014, he is also a collaborator of NASA's upcoming Martian Rover (March 2020), with the supply of the very first Martian microphone (made at ISAE-Supaero) on board SuperCam. He is also the PI of the first CubeSat of the ISAE-Supaero, EntrySat.

An aviation enthusiast since he built up Aircraft models, Gilles is now working in the Airbus group, within the aircraft manufacturer ATR. He is currently developing Aircraft Archeology in France, with ethic and rigor, but also with the idea to revive forgotten crews and aircraft. His week-end activity consist in finding aircraft parts in the earth, then reviving them by telling their story (what happened to this aircraft ? who was the pilot ? etc..) . He is publishing regularly in France and in Germany, and soon in England. He is also involved in the management of the brand new Aeroscopia museum in Toulouse, in front of the A380 assembly line.

Ihssane Zaadoud is an Aerospace Engineering student at ISAE Sup'aéro. Born and raised in Morocco, she has moved to France four years ago and has started her journey exploring Europe ever since. The Supaero debating club is where she discovered her passion for Public speaking. From small audiences of 3 students at the club's room to the New York Time's democracy Forum's student debate at the university of Athens, she has learned that - as Martin Luther King said - "Our Lives begin to end the day that we become silent about things that matter".

I work as a transformational coach and therapist. I grew up in South Africa and have worked in the UK, France and South Africa - ranging from journalism, to public/media relations and latterly in human development. I am passionate about wildlife, believe we do have choice in the decisions we make (even if we feel we do not) and taking responsibility of our future... as individuals and collectively.

I have been living in Colomiers for over 25 years, am originally from New York State, I studied psychology & education in Boston, then came to France where I learned French and studied film-making. I now subtitle student film projects at the ENSAV in Toulouse so these may be sent out to film festivals around the world. I enjoy reading texts in English for voice recordings in local studios. I often need to translate French to English. I helped raise two children and was part of a local FCPE while they were in an elementary school in Colomiers. I also teach aeronautical English as an independent trainer at various ENAC campuses. I enjoy travelling to different countries and walking around exotic places and beautiful parks. I have worked as a film editor, subtitler, producer and first assistant to a film director on location in Tanzania. I have occasionally acted in student film projects. My name is John H. Temple.

Katrine Horn teaches, coaches and mentors at Toulouse Business School as well as in her coaching company, conducting students and clients to capitalize on their creativity and to confidently bring their unique gifts to the world through heightened self-awareness. She’s an Associate of the Guildhall School of Music and Drama, London, Laureate of the Conservatoires de Paris, with a master’s degree in English Literature and Education, Toulouse University Jean Jaurès.

I am 16 years old, currently in Grade 10 at the International School of Toulouse. My interests include acting and creative writing. I participated in the Toastmasters Youth Leadership Program which took place in Toulouse in 2017/18, also known as the ‘Violet Pilots’ group. It was while taking part in this program that I learnt to enjoy public speaking and sharing my ideas with people. I am thrilled to be taking part in TEDx Colomiers.

Philipp Scholz is a German magician who has been performing magic for over a decade. He performs at weddings, company events and private parties all over Europe. During his career he has performed for some of Europe‘s highest ranking martial artists and for the executive board of VW.

In 2011, aged 9, I moved from Liverpool, my family home, to Toulouse and started a new life in a new country, house, and school. It was a big change! As a teen school is at the centre of my daily life and I have had the luck to attend an international Baccalaureate World School in Toulouse ever since. In my school 34 nationalities are represented speaking 20 first languages; it has been a fantastic chance to learn with fellow pupils from around the world, which I love! Reading and creative writing are my passions. The quote “A reader lives a thousand lives before he dies. The man who never reads lives only one” (George RR Martin) says it all for me. My next rather scary step in a passion for words is to learn to write speeches and perform them in public. I took this step by joining France’s first Youth Leadership programme of Toastmaster’s International. Performing my first speech called ‘A bubble-gum bubble‘ was a moment of fear and thrill I will never forget! What about my hopes for the future? I want to be a doctor. It’s a cliché but I want to make a positive difference to our world. I managed to gain a place on an educational trip to South Africa a year ago which changed my goals. It began with the incredible opportunity of meeting South African women in Pretoria jail, their stories really moved me and made a lasting impression. I then went on to meet residents in Soweto’s townships. I will never forget this experience and it has instilled in me a desire to make the most of my life and to enjoy a future changing the world for the better. 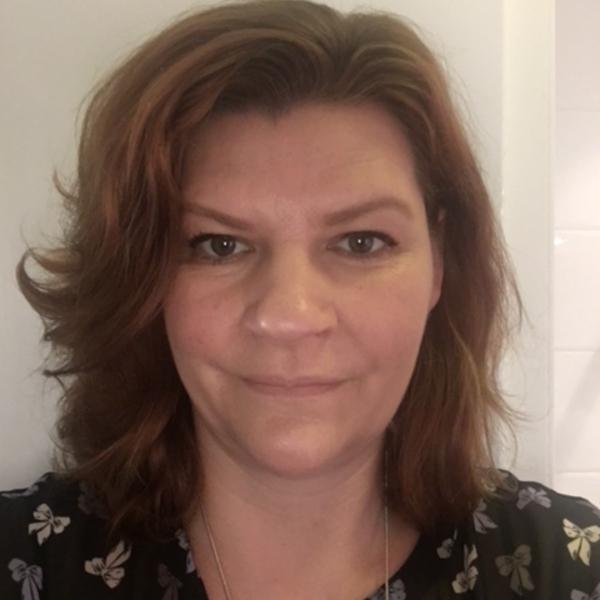