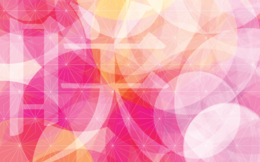 Originally meaning “laugh” , in modern Japanese "Saku" means “to bloom” .
From flowers to beautiful scenery and even from conversations to one’ s life purpose,
“Saku" always gives us excitement, brightness, happiness and expectation to future possibilities.
Many possibilities have been found and weaved toward the future through the past two events,
and now they are ready to bloom and be celebrated at TEDxAnjo 2018.
“Ideas Worth Spreading” always starts from a simple conversation.
Your ‘laugh’ and endless ‘conversations’ will lighten up our future and lead us to more possibilities.
Let’ s enjoy having great conversations and bloom many flowers of possibilities together!
TEDxAnjo Organizer Yuri Ueda

Formed in 2003, and currently has seven members. BONGA has been pursuing their own original music and unique sound by taking traditional Japanese drum sounds and mixing it with a modern taste."BONGA" means the power to control the universe and the power of prayer, and wishes to move the heart of the audience with their performances at local festivals and events. In the past, they've performed in outdoor festivals and events in Gifu, Kyoto, and Shiga Prefecture, and has also performed in the finals for Tokyo International Wadaiko Contest in August 2010.In October 2017, the first ever taiko festival in Aichi, "DENPA" was produced by instructor and member of BONGA, HidenoriYura, held in Denpark in Anjo with over 20 different groups from nearby regions in the course of two days.

A high school girl, born in 2000. Her hobby is playing the piano and the flute, singing, and drawing. The Hayakawa family has a family constitution that was established by all members and under their unique principles of child care, she was never shy and could talk to anybody. During her elementary and junior high school years she was active as a leader. However, she became depressed during her second year in junior high school, and eventually stopped attending school. Supported by her parents, she was able to overcome her difficult condition. She now belongs to the Nagoya city’s theatrical group, and is practicing full swing for their next stage performance to eventually become an actress in the future.

From Ichinomiya city, Aichi. As a call center operator, she left a remarkable achievement through her “Stress-free Telephone Reception” method, and received numerous awards including the first place award for the National Telephone Response Quality Survey. After retirement, she became a freelance instructor of corporate and telephone response training sessions. Contrary to her success, her son developed depression. Using her experience of having a family member struggle through mental disorder, she established a non-profit organization called “Outreach,” a social rehabilitation support group for adults who struggle with social withdrawal. She has supported many people in taking deliberate steps forward to return back to society.

Leading artists performing Live Paint entertainment at Japanese music festivals. Their performances are widely ranged from Live Paint at METROCK and at the ART PROJECT for SUMMERSONIC, to public painting events for Namie Amuro's 20th CD album and MAN WITH A MISSION CD album covers. Kaoru Sauda displayed his enormous painting as a message of LOVE& PEACE at the ceremony hall of the 70th World War II Okinawa Memorial Day. Takashi Matsuyama has published 4 picture books such as "MOTOR PANIC," and has also held exhibitions of his drawings in several locations. YOICHIRO has designed merchandise for Japanese artists such as GLAY, LiSA, AKB48, and EXILE.

Born in Tokai city, Aichi, in 1966. While working hard as the first-born son for his father’s sushi restaurant, he was forced to face inheritance trouble caused by the sudden death of his father. After struggling through his sad experience, he decided to commit himself to help prevent any other families from being torn apart by tragic inheritance problems. Wishing to create happy inheritance experiences to keep eternal family bonds, he became an inheritance administrative scrivener. Besides his ordinary business services, he eagerly travels all over Japan offering a seminar to teach legal knowledge about happy inheritance experiences called “The most amusing lesson for a happy inheritance and will in Japan.” Also, he teaches non-legal knowledge and methods for creating desirable environments for happier inheritances, and is a professional will consultant as well as a level 1 grief-care advisor, too.

Born in 1987. At the age of 14, Dojima started learning anatomy, under the idea that he will be "Number one in the world if the learning process starts now instead of waiting until college." Since then, he has learned different aspects of the human body and mind, and flew to the United States to study abroad after graduating from high school. After coming back to Japan in 2009, he opened a clinic for acupuncture and moxibustion. As an acupuncturist who doesn’t use needles, he sees patients all over Japan. Doujima was a speaker at TEDxTokyoyz ver.3.0 in 2013. He not only does private treatment, but he has also widened his field as a lecturer, a company advisor, and a social artist. Currently, he is making the documentary film “What Is Health,” with a theme of world health.

Born in 1964, Chita city, Aichi. While attending school, Masashi Kato was interested in the structures of life, that he has proceeded in researching the simplest of life forms; the study of microbes. After graduating from the University of Tokyo, Graduate School of Agricultural and Life Sciences with a Ph.D. in 1992, he has succeeded in taking on the position as an assistant, and later the associate professor at the Nagoya University Agricultural Department. Kato has also been involved in the traditional fermented food industry, because of the close relation microbes have with the fermented foods that are common in Aichi prefecture. He has also worked together with a company to co-produce Japanese wine made from double-flowered cherry blossoms and carnations. Currently, he is a professor at Meijo University's Agricultural Department.

Born in Yokohama city, Kanagawa in 1982. As an engineer for a major automaker, Nobuhisa Otsuki was engaged in developing medical rehabilitation robots. As a child, he loved making things, and was involved in groups such as the invention club. At the age of 14, he has dropped out of school to devote himself to innovations and computers. When he was 16, he returned to school by studying abroad in the United States to further study innovation. After completing high school, he proceeded in attending a university in studying Electronic Engineering and Computer Science. Currently, he has established MONO Creator's Lab with his fellow innovators, and is involved in the development of a wide range of robots under the theme of happiness, and expanding the possibilities and visions of people. 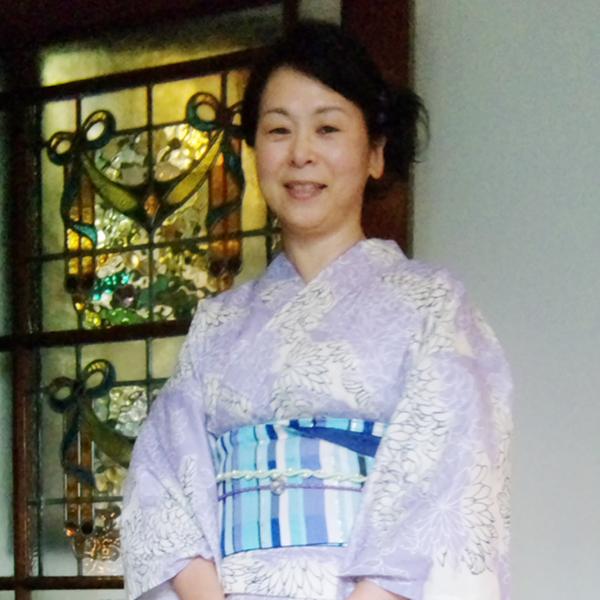