Alessandro Lolli holds a degree in Philosophy and contributes for several online magazines, including NOT, Vice, Alfabeta2 and Dude Magazine. In 2017 he published the essay The War of memes: a phenomenology of an infinite joke.

Christian Raimo is an Italian writer, journalist and high school teacher. He is a contributor for the magazine Internazionale and he teaches at Rome’s Liceo classico "Dante Alighieri". In 2017 he published the essay “Tutti i banchi sono uguali” (“All school desks are equal”), published by Einaudi, where he addresses the issue of equality in public school and, in perspective, in the world of labor. A few months ago he wrote the book "I am 16 years old and I am a fascist - An investigation on kids and the extreme right", published by Piemme.

A graduate in piano at the Niccolò Piccinni Conservatory of Bari, Emanuele Arciuli has established himself as one of the most original and interesting performers on today's classical music scene. His repertoire ranges from Bach to contemporary music, with a strong affinity for composers from the United States. His most recent album, Walk in Beauty, is a rich anthology of American music. He teaches contemporary piano at the Academy of Pinerolo and regularly holds workshops for numerous universities in the United States, where he has held more than forty tours since 1998.

Francesco De Leo is an Italian singer-songwriter, founder and frontman of the band L’Officina della camomilla, which he founded in 2008, when he was only seventeen. One of the most brilliant and original representative of the new Italian indie scene, in 2018 he integrated the ranks of the record house Bomba Dischi and published his first solo album, La Malanoche, anticipated by the singles Muse, Caracas and Mylena.

After a doctorate at the University of Turin in collaboration with the CNR, Giulia Maffei received a Master's degree in Communication Studies at the University of Milan Bicocca with a thesis on entomophagy. She is founder of Entonote, a consulting firm dedicated to ento-gastronomy (insect gastronomy).

Lorenzo De Angelis is an Italian memer and founder of the Facebook page Oznerol, through which he daily releases meme on Italian culture and society.

Engineer and entrepreneur, Nell Watson works in the field of artificial intelligence and studies the ethics of machines and the relationship between humanity and robotics. She is the co-founder of Quantacorp - a body scanning technology - and Ethicsnet - a non-profit dedicated to the interaction between human beings and machines. She has already been TEDx speaker in Antwerp and teaches Artificial Intelligence at the Singularity University, a think tank located in the Silicon Valley.

Rachel Vanier was born in Budapest in 1988. After having grown up in Lille, she studied at Sciences Po in Paris, she then worked between Paris and San Francisco, in the world of innovation and start-ups. She is the former Communication Director of STATION F, the biggest startup incubator in the world. In addition, she is the author of Écosystème (2017), a novel which talks about the clichés and the difficulties of the start-up world.

A philosopher and director of research at the Center National de la Recherche Scientifique, Roberto Casati teaches at Paris’ École Normale Supérieure. He deals particularly with metaphysics and phenomenology of spaces and objects. With Columbia University Press he published the book “Insurmountable Simplicities: 39 philosophical conundrums” (with A. Varzi). He is also the author of the novel “La lezione del freddo” (The Lesson of Cold, Einaudi 2017).

Rossella Ferorelli is Ph.D. in Architectural and Urban Design at the Politecnico di Milano, where she discussed a thesis on public space in the post-digital era. As a researcher, she studies the evolution of urban space, information, and biopolitics, along with the progress of architectural mediatization through the internet. Since 2011 she is the co-founder of SMALL - Soft Metropolitan Architecture & Landscape Lab, an architectural firm and a research, curatorial and design studio, focused on the contemporary urban condition and based in Bari and Milan. SMALL’s most recent activities concern the reuse of abandoned urban landscapes and the transformation of the public space design.

An adult film actress known all over the world. Passionate about philosophy and politics, in 2012 she was invited to the Popsophia festival in Civitanova Marche, and from 2014 to 2017 she has held a personal blog in the Italian political magazine MicroMega. In 2016 and 2017 she stars in two films by Monica Stambrini, Queen Kong and I Am Valentina Nappi. 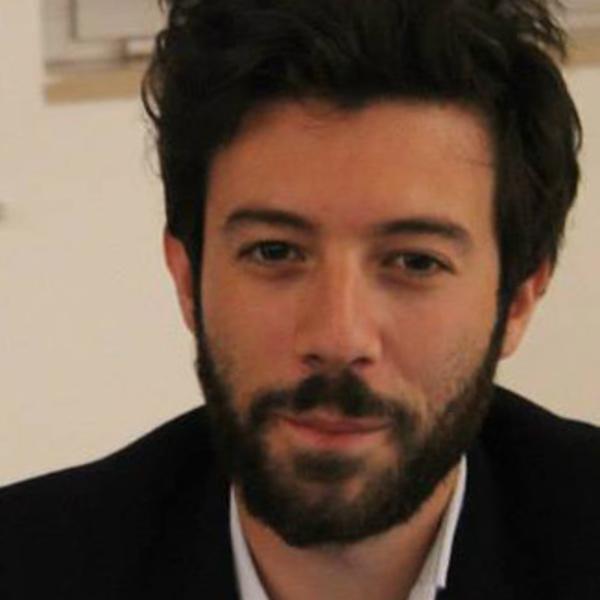