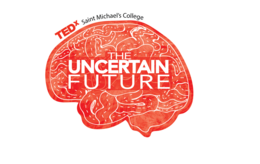 It is our belief that at Saint Michael’s College, every person can make a difference in the world. TEDxSaintMichaelsCollege will be just the beginning to recognize the unrecognized, give a platform to those who don’t have one, and begin to inspire students that they can make a difference. Everyone has an idea worth sharing, we just put them on a stage.

Allyson Kristofik graduated from Saint Michael’s College and studied neuropsychoanalysis at the University of Cape Town in South Africa. After writing and performing comedy in L.A and working for the writer of Narcos, she moved to New York and continued to write screenplays while immersing herself in the world of her characters. She provides freelance writing and chocolatier-ing services to several organizations while she continues to work on a screenplay with a major production company based in LA.

Chris Eldridge graduated from Saint Michael’s College in 2012 before getting is a Master’s degree in Business Administration in IT management from SNHU in 2015. Today, he works as an Engineering Operations Manager for Alumni Ventures Group, a startup venture capital firm that helps provide smart, simple options for investors to add venture capital to their portfolio. He is also the co-owner of a technology solutions agency for insurance companies located all around the United States. He has worked a both Fortune 100 companies as well as many startups, including multiple venture backed startups including one of his own which was featured at the 2016 USA Federal Laboratory Consortium in Chicago in front of top military officials. In that same year, Chris was voted as a New Hampshire Innovator of the Week by Live Free and Start. Additionally, he volunteers on his local fire department and is a program manager for Camp Takumta, a pediatric oncology camp in Vermont.

Dr. Edmund Adjapong is an assistant professor in the Educational Studies Department at Seton Hall University. He is also a faculty fellow at The Institute for Urban and Multicultural Education at Teachers College, Columbia University and author of #HipHopEd: The Compilation on Hip-Hop Education Volume 1. Dr. Adjapong is a former is a middle school science pedagogue at a New York City public school in The Bronx. He is the director of the Science Genius Program, a program that engages urban students in the sciences through Hip-Hop, and the director of The Science Genius Academy, a program that encourages and prepares students to pursue STEM careers while providing mentoring and support. Dr. Adjapong has appeared on media outlets such as Hot 97’s radio station and is a contributing writer for Huffington Post and The Good Men Project, where he writes and speaks about issues of race, diversity, social justice and education.

Laura is an educator, adviser, researcher, and author. She has over 30 years of financial leadership experience as a CFO/Controller for fortune 500 companies and as Partner of a fee-only wealth management firm. Laura is the Personal Financial Planning Program Director at University of South Florida where she developed a degree program to train future ethical financial advisors. She conducts leadership workshops for women in financial services to support success and retention. Laura is a local board member and women’s knowledge circle host of the Financial Planning Association. She received her Ph.D. in Personal Financial Planning from Texas Tech University, a Masters in Business Administration in Accounting/Finance and a Bachelor of Arts degree in Psychology from Montclair State University. She is the author of “Gender On Wall Street: Uncovering Opportunities for Women in Financial Services” published by Palgrave Macmillan.

Patrick Standen is currently a Professor of Philosophy at Saint Michael’s College and holds an appointment as Instructor in Medical Ethics at the University of Vermont. In 2008, he was recognized, along with his sled hockey team, The VT Sledcats, in a 2008 Vermont Senate and House joint resolution. Standen garnered attention in 2005 with a United Way Hometown Hero Award and in 2006 earned a City of Burlington Community Leader Award. The winner of the 2000 Outstanding Teacher Award at Trinity College, he was recently nominated for the 2013 Kroepsch-Maurice Excellence in Teaching Awards at UVM. He is Board President of NDAA and serves on the Board of Directors of the Empire State Games and on the Board of Governors of the Northeast Sled Hockey League. He serves on the VT Governor’s Council for Physical Fitness and Sport and The Burlington Mayor’s Advisory Committee on Access. He just finished a 350-page history of the concept of disability. 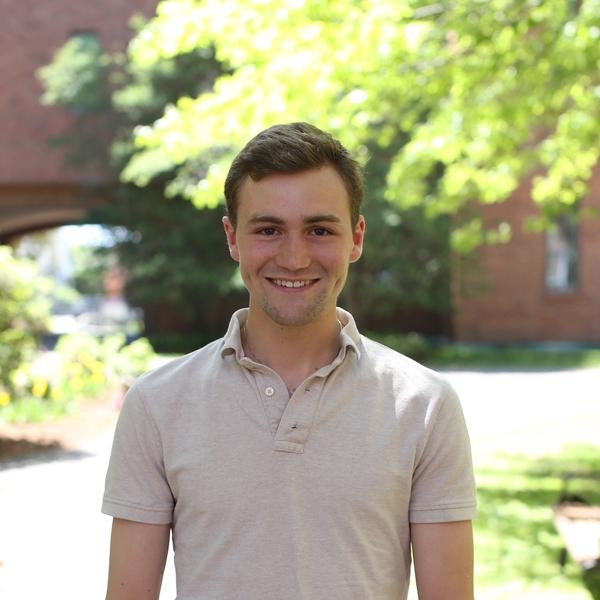