Theme: The Audacity to Create

“The Audacity to Create„ is the theme of the first year of TEDxKarlskrona. It's a message that encourages actions, creation, innovation and development. Therefore, speakers of TEDxKarlskrona will talk about a different approach to creation: from well-being & health, through innovation and entrepreneurship by learning, and volunteering - at refugee’s camp, and as far as possible from its boundaries.

This year’s TEDxKarlskrona will become a new space and the attendants will find out new perspectives and inspiration to take actions to create. It will be the opportunity to meet people who implement the main theme in business, science, and humanitarian activities.

Christian Malmström (born 1980) is an ordinary Swedish father of three, who ten years ago decided to start doing extraordinary endurance challenges as way of proving human capabilities. Every year since then he’s pushed the boundaries for what’s possible inspiring others to also reach for their full potential. Having raced some of the worlds toughest endurance races and with a newly set world record, he six years ago decided to dedicate his life to helping others achieve the impossible. During Christian´s talk you will learn mental strategies to overcome fear, tackle big obstacles and set audacious goals. No matter what your dreams and aspirations are, stories from the world of extreme endurance sports, might give you the courage and mental toughness to reach your ambitious goals in life.

Karl-Henrik Robèrt, M.D., Ph.D. (born 1947), is a Swedish cancer scientist and an important figure in the worldwide sustainability movement. He is known for the Framework for Strategic Sustainable Development - also known as The Natural Step Framework, after the not for profit promoting and applying it - a framework that lays out the system conditions for sustainability, that arose from his consultations with municipalities, businesses, government departments, environmental organizations, and the arts community. Having secured the imprimatur of the King of Sweden. Professor Karl-Henrik is an internationally renowned change agent and Blue Planet Prize laureate.

Kholoud Sukkarieh is an English teacher, mother and social activist works hard during her journey in Lebanon and Sweden to establish her independence physically and emotionally. She experienced social and traditional norms in her home country and broke them all to create new life style in her own area. she believes in humanity, gender equality and independence for women. She was active in several international organization activities like AMIDEAST, USAID, British Council and Public Achievement in the middle east to help women and empower them to stand up for themselves. She is the first woman in Lebanon who achieved first civil marriage, that becomes constitutional revolution in Lebanon and that’s why she moved to Sweden to be able to continue her activities.

When you face global challenges you have two options: fear the world or save the world. When 18 year old student Louise Lindén from Karlskrona was struck by climate change depression she decided to save the world, and founded Swedens most sustainable music festival – LiveGreen. Today Louise is a 26 year old multi-entrepreneur, business leader and change maker. Since 2011 she has developed national concepts for sustainable behavior change and young innovation, written books about green events, inspired and educated thousands of people and been awarded by The King’s Foundation for Young Leadership and Reach for Change Sweden. Her goal is to empower people and create change through ”edutaining” plattforms and sustainable experience design.

Michael Björn is Head of Research at Ericsson ConsumerLab. In his role he is studying global consumer trends, as well as the process of assimilation of ICT into everyday consumer life. Professionally, he is most well-known as the author of the Ericsson ConsumerLab 10 Hot Consumer trends report that has been published annually for six years and gained much international media coverage, including appearances at BBC World News and CNN. Between 2000 and 2002, Michael Björn was responsible for mobile internet applications at Ericsson in Japan. He joined Ericsson in 1997 as an analyst, after having completed his PhD in data modeling at the University of Tsukuba in Japan. Michael is also an adjunct professor at the Lund University School of Economics and Management, a novelist with two works of fiction, and a journalist regularly contributing to Tokyo-based rock music magazine Strange Days.

Nima Sanandaji is an Iranian-Swedish author, analyst and public speaker. He has published around 25 books and many studies on policy issues such as women’s career opportunities, integration, entrepreneurship and reforms which encourage innovation in the provision of public services. He has conducted research at Chalmers University of Technology, Royal Institute of Technology (KTH) and Cambridge University and holds a PhD from the Royal Institute of Technology in Stockholm.

Freelance Journalist and Yeoman Specialised in environment. Former Producer and reporter at Swedish National Radio and Course leader at FOJO, Linné University in Kalmar. Living in Härnösand and Nordingrå. He is going to talk about how he and his four elderly friends has travelled in 29 countries in an unordinary way ending up founding a school-home in the hidden Himalaya

Saeid Esmaeilzadeh, Ph.D. is a serial entrepreneur whom together with his partner Ashkan Pouya co-founded the Serendipity Group in 2004. Serendipity Group identifies, invests in and develops companies that commercialise products based on leading academic research aiming for global market opportunities. Saeid holds several executive and non-executive positions at both Swedish and international companies. He became Sweden’s youngest associate professor in Inorganic Chemistry from Stockholm University at the age of 28. Saeid is a member of Prince Daniel’s Fellowship, board member of the Royal Swedish Academy of Engineering Sciences and has received multiple honors and awards for his contributions to Swedish entrepreneurship.

A fashion designer from Iceland with long career in the fashion industry. She studied in Reykjavik School of Art and graduated in Fashion Design with BFA honors from Parsons School of Design in NY. She has worked for Ralph Lauren and Calvin Klein in NY, and in Italy with Tom Ford at Gucci, before becoming Director of Design at La Perla. Today she leads her own firm STEiNUNN, where offers luxury quality knitwear, inspired by Icelandic landscape and nature. She is best known for great textures and details in the craft of knitted textiles inspired by forms and shapes of Icelandic nature. Her focus is on using natural fabrics and combines quality with comfort. Her work has been displayed in many Design and Art Museums around the world. For her striking creations, she earned many prestigious awards such as the Nordic fashion award Ginen, Reykjavik City Artist, Order of the Falcon by the President of Iceland and is the first recipient fashion designer to receive the Swedish Söderberg Prize. 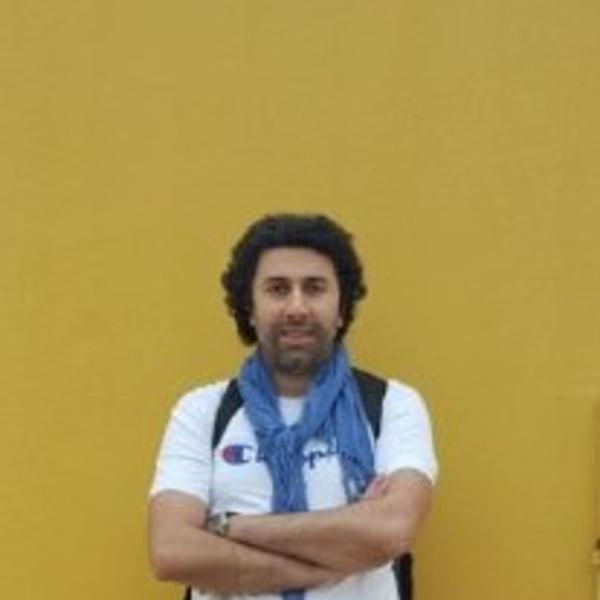