Meaning of "unlearn +"
"unlearn" is to try to forget your usual way of doing something so that you can learn a new and sometimes better way, and broaden your horizons farther.
It is about challenging the established, and questioning the accepted.
It’s not about ignoring what you already know, but it’s about being brave enough to question it and break down old rules so we can write new ones.

In 2016, Momoko Kido entered Aoyama Gakuin University, Education Psychology and Human Sudies departure. When she watched broadway musical, she was attracted the energy of arts. Then she studied in LaGrange College, Georgia, United States, for thinking about using musical at the field of education. At that time, she learned the effection of arts, through watching a variety of education method in the kindergarden and elementry school at the United States. Now, she tries to get official teaching license, and works as the teacher at “ Shichidashiki.”

Michel is commonly known as a “crystal magician”, active all over the country based on Shonan. He is skillful at attracting audiences by giving them mysterious optical illusions with a crystal ball and mentalism. What he needs for his performance is only the crystal ball and words. No matter how the space to perform is, his performances with sophisticated atmosphere and only one body were Furthermore, he grew up in New Zealand to have outstanding communication skill to break the barrier of language.His great many tricks appeared from her naive fingers have attracted men and women of all ages throughout their lives.

Tomoaki Konno was born in Sendai, Miyagi Prefecture. He graduated from Aoyama Gakuin University, College of Literature in 2018. He has assumed the project managements involving the administration of Shiogama, Board of Education, members of assembly and Aoyama Gakuin University. He sent many students in University to the fields of education and economics. Moreover, he experienced establishing NPO and long-term internships at an employment agency and an advertising agency. He has established in Nihon Keizai, Asahi, Nikkei College Cafe Last year he was on Nikkei College Labo with Akira Ikegami. Currently, he engages in career development of various people as a career navigator at the range of BtoC of Link and Motivation Group. After entering the company, He won 39 people at the project by new graduates of all companies.

When Koki Shimazu was 17, he founded a language school in Yamanashi. While expanding his business, he attended Aoyama Gakuin University where he studied English Education. After moving to the UK, he obtained the Cambridge CELTA and completed a Masters in Applied Linguistics at the UCL Institute of Education. In 2017, he was awarded the Pearson ELT Teacher Award. Currently, he is teaching at university and developing English learning programs and materials at Taktopia.

Miku Sugao is from Hiroshima Prefecture. She got "peace education" in compulsory education course and grow up. Adults said that "young people whose peace is natural from the time they were born forget the gratitude for being alive every day.” However, in reality, it may not be enough to know how to express oneself and how to open the soul. So she faces many people in my own group depending on her thinking. She established The Hiroshima Mirai Conference with the theme of "not consumers of peace, but creators". Currently, it develops a community of about 100 people in Tokyo and Hiroshima, and creates encounters of people across regions and generations. 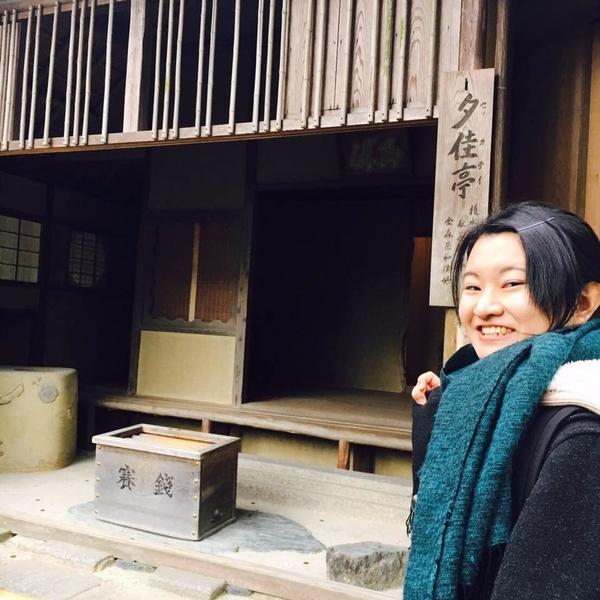