Adam Khaliq a.k.a Aadam Speaks is a performer based in London. He is currently taking his bachelors in Politics at SOAS - University of London. He has previously been the Young Mayor of Newham, a Jack petchey Speak Out Challenge Winner, and a Monologue Slam UK Winner. Having previously performed in theatres across the UK, he started performing spoken word a year ago in an attempt to use his skills of performing to raise awareness on humanitarian issues.He aims to to educate, entertain and most importantly inspire. Aadam Speaks is currently working on a one man spoken word show which aims to speak about issues surrounding the concept of being a British Pakistani Muslim. You can keep up to date with all that he does by following him on social media - @aadamspeaks or for any enquiries send him an email at adam.khaliq@icloud.com

After training originally as an engineer/designer, Alan got curious about how we humans think and make the choices we do. He built his career designing new ways for people to tackle the challenges created by our messy and rapidly changing world. These include the external challenges of digital business, innovation, change and collaboration, and the personal challenges of becoming more resilient, resourceful and creative. Alan has worked directly for Ford, PwC, BP and AXA XL, and now works as a coach and thinking partner, helping people make practical sense of work and leadership for our digital age.

"Dr Mohammedabbas Khaki is an award-winning London-based doctor, recognised as one of Pulse’s Top 50 influential GP’s in the UK. Alongside work in the capital, he is an international medical volunteer, educationalist, author, media doctor, founding trustee of a global charity and social entrepreneur. He is an acclaimed international speaker, dedicated to inspiring change on a local, communal and global level. Within the medical field, Dr Khaki is often referred to as a “pioneering generalist”, and is a keen proponent of medical education, wellbeing and lifestyle medicine, and in 2018, was part of the medical team working with sports figures at The International Association of Athletics Federations Championships. His work has been featured on ITV, Zee TV, Tedx, The Guardian, and The Independent."

Dr Andrea & Jon Taylor-Cummings are co-founders of Soulmates Academy – an organisation on a mission to reduce relationship and family breakdown across the globe, by proactively educating people to develop strong relationship capability. As a key part of this vision for social change, they help organisations equip people to build healthy relationships at home so they can perform better at work, improve wellbeing and mental health, and achieve better work-life balance. As City professionals and entrepreneurs themselves, over the last 20+ years, Andrea & Jon have leveraged their first-hand experience of the inevitable relationship challenges of high-stress careers to help countless couples strengthen communication and relationship skills, overcome challenges and improve happiness. Andrea & Jon are recognised authorities on the subject of couple relationships and marriage, with numerous public speaking engagements and several TV and Radio appearances in the UK. Their book is due out soon.

Dr. Ravina Kullar is an infectious diseases global expert and researcher who has been studying the impact of antibiotic-resistant bacteria to society for over 12 years. She has published over 30 research papers, has been invited as a prior TEDx speaker twice (Bend, OR; Detroit, MI; USA) and has been invited to speak around the globe to educate the public and clinicians on how to slow the development of antibiotic-resistant bacteria. She also serves as a patient advocate, fighting for those patients ridden with antibiotic-resistant infections. She believes that if we all work together now to solve this global health issue, we will thrive rather than just merely survive in the centuries to come.

Felicia Williams is an globally seasoned technologist, designer, writer and speaker with more than 15 years of industry experience in virtual and augmented reality, fashion, interaction, and visual design. Working as a creative director and design leader across multiple Fortune 500 companies, she has lead numerous teams and created game-changing experiences on innovative devices like the Oculus and Microsoft’s HoloLens, the world’s first commercial mixed reality computer. She also founded and owns the travel lifestyle brand Black Hound, which has been widely featured internationally, including Refinery 29 and Porter Magazine. Currently, she heads up AR/VR design for the Future of Work at Facebook London, building and leading new product as the company explores and builds its own ambitious next generation technology strategy for supporting people and productivity.

Helen Needham is a Neurodiversity advocate, founder of Me.Decoded, and a financial services management consultant at Capco. She is focused on bringing about a world where the Neurodivergent are valued. Being part of a neurodiverse family, Helen has experienced first hand the challenges that being neurodivergent can have, and has seen what is possible with the right understanding, environment and support. This is something she wants for all Neurodivergent thinkers. A change she is already starting to bring about. Through Me.Decoded, Helen has provided an online platform where the Neurodivergent and allies can share their personal experiences and insights. At Capco, Helen has launched an employee Neurodiversity network. Initiatives which are helping people to find the courage to speak up about their unique perspectives and state what they need to be successful. Now Helen is looking to take this to the next level as she calls for everyone to embrace Neurodiversity.

Co-Founder of Copy and Code

An avid reader, writer and storyteller, Ishita is the Co-Founder of Copy & Code - a digital marketing and website development agency working with social impact organisations to build their presence and share their stories. With over a decades experiences in starting, building and consulting for social enterprises, Ishita is an advocate of using business as a force for good. Ishita is also passionate about understanding and sharing stories from marginalised voices in society, and the role this plays in our collective understanding of the world we live in. She is on a mission to explore the lesser told version of events, be they historical or happening in real time!

Jillian Kowalchuk is an award-winning entrepreneur and is the Founder & CEO of Safe & The City, the AI street-smarts app to safely navigate while making your experience count. She sits on the Commonwealth Businesswomen Executive Team to empower 1B girls and women into business and was awarded Most Inspiring Role Model by the 53 Commonwealth Governments. She sits on the Department for International Trade’s Global Entrepreneurial Programme Alumni Advisory Board to help attract and retain international talent to the U.K. Jillian is a speaker, business coach and consultant sharing her knowledge and experience of traveling to over 50 countries and a breadth of knowledge on gender equality, tech4good, women in STEM to inspire and motivate others to take innovative action to solve meaningful problems. She holds an MSc in Public Health from London School of Hygiene & Tropical Medicine and a BA in Psychology and currently resides in London.

Justas Pikelis is a serial entrepreneur and investor, co-founder of Monetha - a blockchain reputation platform with raised 37 million USD in 18 minutes with their Initial Coin Offering. Justas is elected to Forbes 30 under 30, Nominated for Innovator of the Year by Euronews and is an influential voice in the blockchain/cryptocurrency industry.

Lisa Talia Moretti is an award-winning digital sociologist and strategist with 13 years’ experience based in London. For more than a decade, she's worked in, studied and written about the intersection between technology, information and society. During this time, Lisa has also presented keynotes and run workshops to audiences from a wide range of business backgrounds on the impact, opportunities and challenges of emerging technologies. Lisa is an Associate Lecturer in the Institute of Management Studies at Goldsmiths (University of London) and at Cardiff University in the School of Journalism, PR and Cultural Studies. She is also a Visiting Lecturer at Plymouth University and Sup De Pub in Paris. Her teaching area of expertise is Digital Research Methods, Design Thinking, Campaign Analytics and Brand And Digital Strategy. Lisa's research projects with Goldsmiths and Kings’ College have seen her collaborate with businesses like To Play For, ipsoft, Adobe, Mindshare and Rackspace.

Mike is an unusual combination of international businessman turned mentor who has worked with 250 executive clients to help them work out and achieve a role in which they will feel happy and be effective. He is writing a book on work and well-being. Over a varied career – change manager, chief executive and now career mentor – he is proudest of having told the World Bank how they should spend $300 million on environmental education in Indonesia in 1980.

Oliver is 25 and was born with a disability that affects his left leg. About two years ago a doctor told him he would spend the rest of his life on crutches and never be an athlete. Life on crutches was a bitter pill to swallow - fortunately he had no plans on becoming an athlete, but he really didn’t like being told what to do. A year and a half later, he is now a Team GB Wheelchair fencer. Do what you can’t.

Sayo is a global citizen who has lived and worked on five continents, which fostered a love of international affairs, languages, and travel. She is the Founder of JourneyKind, a sustainable travel platform that helps individuals and businesses discover the world while making a positive impact. She is also a Partner at Leaders’ Quest, a social enterprise committed to building an inclusive and sustainable world.

Shabnam is a paediatric surgeon at St George's Hospital in London. She was the first female general surgeon and one of the youngest to join her team of consultants. Shabnam is also a performance poet and performs at various events. Her poems include themes on women empowerment, philosophy, social activism as well as medicine. She is an advocate and public speaker to help encourage girls to get into STEM careers. Shabnam is also one of the surgical leads of a charity who run yearly medical relief camps in Nepal. 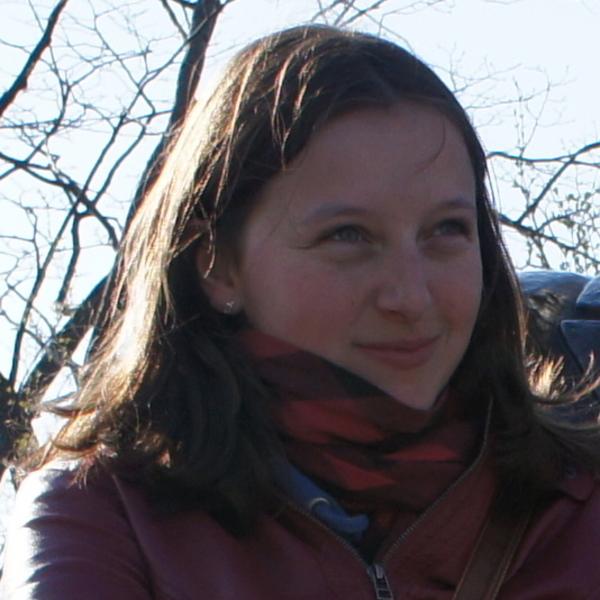 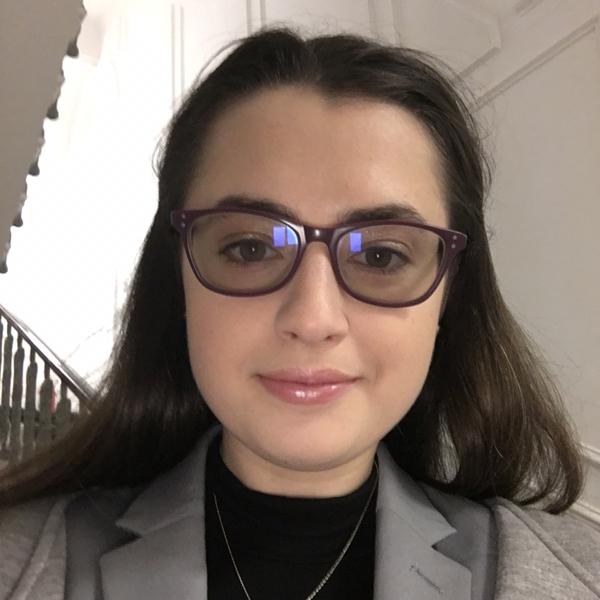