TEDxFISAT is a full-day event being curated by the students and faculty of the Federal Institute of Science And Technology, in the FISAT campus in Angamaly. The event seeks to bring together intelligent minds to give talks that are focused on powerful ideas, on a wide range of subjects, to foster learning, inspiration, and wonder. The day-long event with live speakers hopes to provoke conversations that matter. With a theme "Breathtaking Disarray" the event hopes to share volatile ideas across temporal and spatial barriers.

Anand Narayanan is a Chartered Accountant by profession and an Indologist by Passion. He is currently working with one of the world's leading Investment Banking organisation, but has been preoccupied for over a decade, studying and researching about the vast History of India. His obsession with the Indian history started at an age of fifteen, when he finished reading Mahabharata for the first time. He still considers it to be the best literary work ever made. Along with many others, he strongly feels that the history that is being taught in India is a western narrative and is also biased, hence he has volunteered to be an advocate for revisiting the History of the Indian subcontinent through an Indian perspective.

Arjun is one of the youngest psychological illusionists in India at only 21 years. He specializes in bringing cutting edge mentalism and magic to the modern audience. Fusing together principles from various disciplines such as Psychology and Magic with Deception, he aims to provide intellectually stimulating and relevant entertainment that strives to bring about a change in his audience’s perception and make them question What Is Possible and What Isn’t. He has been flying all over the country doing shows over the last 3 years while he was still in college, he now performs full-time.

Arunima Gupta is the Artistic Director and Co- Founder of 'THE FLOOR' - a premium Dance and Fitness studio based in Kochi dedicated to facilitate a culture for sincere dance training and pure artistic work. A post graduate in English Literature with a B.Ed. degree, Arunima is a well-known contemporary dancer and choreographer. Besides, she is one of the senior most licensed Zumba Instructor and fitness coach in Kerala. With a career of almost twenty years in performing arts, Arunima has toured the world performing at different dance festivals, taught countless workshops and choreographed many a dance work. Arunima is trained in several Indian classical forms, western modern dance styles, martial arts and yoga. With this knowledge she has crafted her own signature style of dance and, coupled with her acute sense of aesthetics, it finds expression in her dance productions. Arunima has mentored many dance artistes and, today, most of them are established dancers in their own right.

Devika V grew up listening to stories and her stories grew up with her. As a little girl, she looked on with fascination as her maternal grandfather pored over books, the subtle smile that played on his lips and the twinkle in his eyes telling he was in another world. This was passed on to her mother who, reading book after book, laughed out loud, cried silently or exhaled peacefully. When she became a part of this world, the first thing she did was to open the book to a page, bring it close to her nose and inhale deeply. They walked her into the world of books and asked her to find her own way. Then, Literature became the most natural path to choose, currently in the second year of post-graduation. Having participated in a number of speaking competitions since early years of schooling, speaking became an integral part of her personal and public existence. Devika has been a Feminist since the day she realized that was what she believed in and fought for was called.

Dr. Anand Narayanan is an Associate Professor of Astrophysics in the Department of Earth & Space Sciences at the Indian Institute of Space Science & Technology (IIST),Trivandrum. His current research is in understanding the physical properties of gas associated with galaxies and the intergalactic medium. Previously, he was an Assistant Scientist in the Department of Astronomy, University of Wisconsin, Madison, USA for two years. After a degree in Electrical and Electronics Engineering from College of Engineering (CET), Trivandrum, he made a transition to follow his passion for Astronomy and Astrophysics with a Ph.D. from The Pennsylvania State University. Dr. Anand has scripted and anchored a 9-episode astronomy documentary series for a Malayalam television Channel. The series later went on to win the 2014 Kerala State Government Award for the best educational Television program. He has also been contributing articles to The Hindu newspaper on science, science heritage and scientists.

At the age of 25, Karthik co-founded Pragmatix Learning Resources, which later went on to become one of the leading career-enhancement firms in Kerala. He is passionate about cognitive and behavioral-skills training and he implements creative thinking and innovation as recurrent themes in his sessions. He also incorporates the utility of common sense as a personal development philosophy. During his free time, he takes initiative to counsel and provide guidance to students who are experiencing emotional difficulties. He is an avid traveler who takes frequent backpacking trips, with South-East Asia being his recent place of visit. If not escaping into the wilderness, he can be found ardently reading books and journals on literature and philosophy. To satiate all his varied interests and passions, he volunteers as a teacher of English in schools of Cambodia.

Minu Pauline is a restaurateur in Cochin known world over for her “Nanma Maram” Initiative which is an open refrigerator to feed the hungry and reduce wastage. After having undergone formal education in Cochin, she worked at Citi Bank until she opened her restaurant. Nanma Maram or tree of goodness quickly grabbed global attention for the charitable thought and management of resources in the restaurant and has inspired many restaurateurs to follow suit. When Kerala was devastated by the monsoon floods, she selflessly extended her kindness to help those in need. Having dealt with the crisis for days Minu Pauline now takes the stage to break down those eventful days and tell the heroic tales of how we as a community braved the disaster together.

The first visually impaired individual in its 75-year history to study in the London Institute of Printing, Mr. Swaminathan Rajappan Pillai is a truly inspiring personality, who, overthrowing the barriers posed by physical impairment, carved a niche for himself in a world of excuses. He is a British educated senior academic and journalist specializing in History, Politics, Health Disability and various other social issues. Alumni of the prestigious London School of Economics and Politics, Mr. Swaminathan hails from Alleppey, Kerala. Mr. Swaminathan's contributions to the realm of educating the blind is extraordinary - Instructor of English at the All India Confederation of the Blind, New Delhi in 2012, Honorary Director, the Kerala Federation for the Blind, London, from 1995 to 2000 and a Life member at the Kerala Federation of the Blind, to name a few.

At a young age of twenty-two, TNM Jawad is the founder and managing director of TNM Online Solutions Private Ltd, a multi- crore IT firm that caters to businesses in over 20 countries. Hailing from Kannur, Kerala, this man took it upon himself to lift his family out of a financial turmoil by launching a website designing company at seventeen. Powering through various setbacks, he bought his family a house at 19 years of age, and a BMW at 21. Today, with 954 delivered projects to 917 clients, TNM Online Solutions is rapidly expanding as an excellent web design company in Asia. Mr. Jawad has now set up an academy to help people like him gain pragmatic knowledge in the art of website designing and develop other technical skills irrespective of their age or educational qualification.

Valerian MacRabbit is a french author and musician who travels the world with a ukulele and a small backpack. Half-settled in the Alps, where he teaches at a high school and half-settled on the road, where he picks up different varieties of music, he has set out on a round the world musical trip which led him to 15 countries in 5 continents over the past two years. In 2017, he released an experimental pop album 'The Freak Parade' of which the music video 'The Man who became a Rabbit’ was shot in Cochin. The album has been showcased in France, Switzerland, New-Zealand and India. His works as a writer include the horror novel Bâton de Réglisse and the travel novel Wanderlandz inspired by his trip around the world which was meant to foster musical encounters with the locals. His travels over the past two years include Ecuador, Chile, New-Zealand, Polynesia, Myanmar, Vietnam, India, Thailand, Morocco, Uganda, Senegal and Nepal. 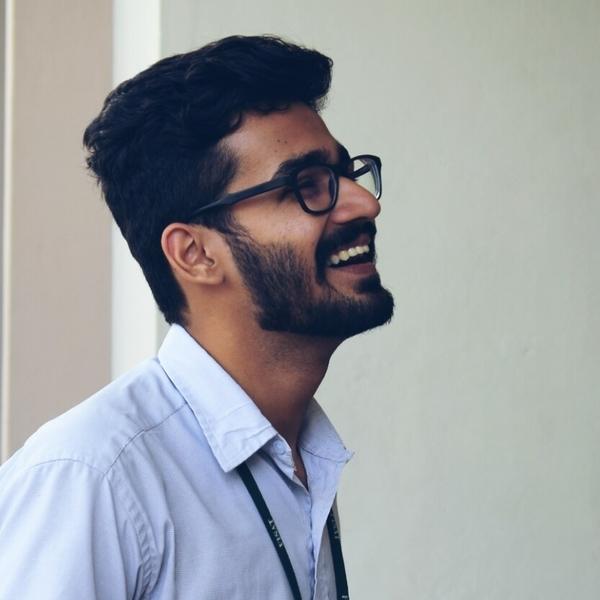