Theme: From ME to WE

The world is made of ideas.

Ideas change our lives, fill us with passion, open the doors to newpossibilities. We are made of ideas: ours, and the ones of those around us. Ideas make us feel alive, giveus the power to ignite small, big cultural revolutions towards unexplored paths. But an idea isn’t worthanything if it isn’t shared. An idea can’t be implemented if not by a group, a team. This is why shifting the focus from one to many is a challenge that is important and essential. In fact, it’s so much more: it’s a necessity.

Sometimes a small detail can make all the difference, rerouting fate on a new, magic journey. Even one letter can change everything. From ME to WE changes the consonants of the future by transforming one in many, opening our eyes, paving the way meant to be walked on by a community, not by just one person. From ME to WE, the 4th edition of TEDxVicenza, doesn’t want to just show a vision of change. It wants to make change happen.

Ahmad Joudeh is a dancer from Syria. Under the civil war, he encountered not only life-threatening situations, but also received death-threats by extremists, simply because he is a dancer. As declaration of his determination to keep on dancing, he had the words “Dance or Die” tattooed on the back of his neck, the spot where the blade would be applied in case of execution. Ahmad Joudeh moved to Amsterdam with the help of the Dutch National Ballet in 2016. Currently, Ahmad Joudeh is internationally active.

Alberto Pellero, from Savona, born in 1972, mechanical engineer, a master from the SDA Bocconi in automation, he starts his career in ABB Flexible Automation working on Robotics since 1999. He holds positions of commercial responsibility in the robotic welding area and in the glass for automotive. In 2005 he starts his collaboration with KUKA Roboter Italy, where today he is the Head of Marketing and Strategy.

Andrea Stella, born in 1976, is an Italian skipper and entrepreneur, born in Sandrigo (VI). In 2000 he graduates Law at the University of Trento. In August of the same year, during a graduation trip in the States, Andrea, 24 years old, is involved in a shooting in Fort Lauderdale, in Florida: some thugs were trying to steal his rental car, he was shot two times in his liver and his lung. After 35 days in a coma, struggling between life and death, the diagnosis is paraplegia to his legs. After recovering from this tragic accident, he dreams about going back to sailing, realizing very soon the sad truth: in the world, a boat accessible by people affected with disability doesn’t exist. With the support of his family, Andrea projects his first catamaran completely accessible: “The Spirit of Stella”.

Caterina was born in Vercelli but lives in Milan, marathoner by vocation. She likes to define herself a social worker in communication and marketing, Caterina deals with Sustainability, Contaminations, Responsibility: important tools of change, transformation, evolution. In life she observes, projects, interprets. And always believes firmly in what she does, proposes and lives.

Francesco Cigana explores his expressive potential through percussion instruments with an approach tied to the timbre and the melody, to the hypnotic dimension and the contamination and mix between genres. He collaborated with different musical realities in Italy and overseas. He is a permanent member of the collective Permeable, with headquarters in Brussels, he performed also for the European Commission, Theater Am Zee and Suedtirol Jazz Festival, with performances utilizing new technologies like brain sensors, 3d audio, radio communications Earth-Moon-Earth, smart fabrics, collaborating with partners like Google, Barco,Starts. He is leader of the Francesco Cigana Trio, The Fifth, Archery Madness. Recently he founded the project D.O.O.O.M., orchestra and lab centered on improvisation, of which he is director and teacher.

Guido Saraceni is an associate professor of Law Philosophy at the University of Teramo, where he also teaches Legal Information Technology and Law Philosophy. Director of the Master in Cyber Security and Network Science, since 2017 he is also President of the Master’s Degree in Law at the University of Teramo. He collaborates with the Research Center “Di-con-per donne” at the University in Rome “Tor Vergata”. He is part of the Scientific Committee for research on law and religion “Lus et fas” (Aracne) and of the Committee of the Doctorate “Processes of Harmonization of Law between History and System” at the Law School of the University of Teramo. He has more than seventy scientific publications. His last work, co-written with Agata Amato Mangiameli, is dedicated to Cybercrimes. Expert in viral messages and digital communication, for about three years he is one of the most followed blogger in Italy.

He graduated in physics in Milan, he is a Professor for the Department of Physics of the University of Milan, where he did researches on superconducting magnets. Since 2001 he is at the CERN of Ginevra, where he directed the superconductor magnetic systems for the LHC project, the largest scientific tool in the world that brought to the discovery of the Higgs boson. Now he directs the LHC ad Alta Luminosità project, the flagship project from CERN for the next ten years. Lucio Rossi supports the dissemination of of scientific knowledge, with particular interest in the relationship between science and technology, certainty and truth.

Manuela Aguzzi is one of the instructors of The European Astronaut Centre in Cologne and teaches astronauts how the technologies installed on board of the international spatial station work, utilized to conduct experiments. Manuela has a degree in Industrial Design from the polytechnic of Milan with a dissertation on Design for Microgravity; during her Research PhD Manuela covers the role of designer for the planning of human and robotic missions. She activates collaborations with research centers in China, California, Holland, Torino and Milan. Since 2007 she works at the Astronaut Training Centre of the ESA in Cologne. She trained most of the astronauts that did experiments on the ISS (International Space Station), and is part of the team of instructors that teach to the future instructors. In 2015 she wrote an illustrated book for children inspired by the mission of Samantha Cristoforetti.

Maria Pettersson is originally from Sweden but has lived all over the places. She moved to Cyprus in 2005 and since then has lived in Spain, Italy, England, Norway and in her forever packing, unpacking suitcase – always on the go. At age 24 she decided that she wanted to do a profession where she could keep traveling and explore the world – that’s when she decided to become a pilot. Her first commercial flight was in 2014 in a Boeing 737 that takes almost 200 passengers. One year later she started to share her experience as an airline pilot, flying around Europe with the world through her social channels @pilotmaria.

Massimo Ippoliti, through technology and business, guides today the Practice Insights & Data of Capgemini, Italy, after coordinating the Units Innovation and Cloud. After the degree in Engineering from the polytechnic of Milan, he attends a Master in Business Administration in Scotland and teaches Digital Transformation in some important MBA programs. In these last few years, he worked on Data Science and Artificial Intelligence and especially on their application in Service Design. Being exposed to new business models and distributed innovative technologies brought him to address innovative initiatives in the data management towards BlockChain technologies.

Noa Jansma is a young artist, designer, storyteller. She is born and raised in Amsterdam, 1996 and is currently studying at the Design Academy Eindhoven. Her projects are broadly themed and hard to label. Strength, vulnerability and tactility are often recurring inspirations for Noa’s work. In August 2017 she started a project to bring awareness about street harassment on women, known as “catcalling”. Noa made an Instagram account where she took selfies with each of her catcallers for a month. In the photo series both the object (herself) and the objectifier (the catcaller) are assembled into one composition, causing a shifted power ratio, together with raising awareness on the topic. Her project got a lot of attention internationally and has gained around 350.000 followers, tens of millions of views, multiple international exhibitions and is used in various teaching programs.

Science journalist and freelance consultant with a PhD in molecular science. Since 1998 he collaborates with Italian and international newspapers (Scientific American, the New Scientist, Reuters, Nature), writing especially about genetics, stem-cells, medicine. He took care of the communication for Telethon and of several european research projects. He teaches scientists how to communicate to an audience and to the media. He is the author of the book “DNA encounters Facebook”, winner of the award Premio Galileo 2013. He goes to different schools in Italy with his show-conferences and the tour Genes on Board. He likes to share and read fascinating stories, talk about his DNS, go underwater and many other things.

Tim Landgraf obtained his PhD degree with renowned neurobiologist Randolf Menzel and famous roboticist Raúl Rojas. He built the first working honeybee robot which was able to “talk” to honeybees. He became fascinated by both the individual and collective intelligence of bees and – thanks to a Fulbright fellowship – moved to California to study more honeybee biology with expert Kirk Visscher. Upon his return to Germany he established his research group to learn about the beauty of biological systems. He co-founded the Dahlem Center for Machine Learning and Robotics and currently applies bee-smarts to human “swarms” and self-driving cars. 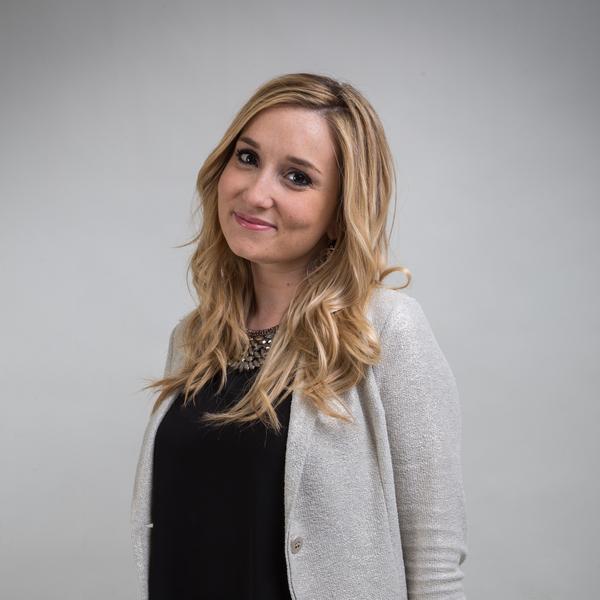