AiJaz (AJ) Rizvi is currently serving as Senior Advisor for Global Exploration at Hess Corporation. For over 28 years, AJ has held various technical and management positions in the oil and gas sector. In the past, he has worked in the Far East, the Middle East, Africa, Canada, the Caribbean, and the Gulf of Mexico. On the technical side, he has two Bachelor’s degrees, one in Applied Petroleum Engineering from Southern Alberta Institute of Technology and the other in Geology from the University of Karachi. He also completed his Masters in Petroleum Geology at the University of Karachi. On the commercial side, he has completed business education at Sloan School of Management at MIT. He served as Co-Chair of the Real Time Optimization Group within the Society of Petroleum Engineers for 4 years. He has authored many technical papers and holds multiple US and International patents. He has also served as a National Energy Policy advisor with the US Department of Energy.

Alexa Johnson (née Sanfilippo) has been playing the violin since she was nine years old. She is a graduate of Syracuse University, where she studied with Dr. Peter Rovit and earned a B.A. in Music with emphasis on performance. She completed her M.M. in Violin Performance under the direction of Dr. Kirsten Yon at the Moores School of Music at the University of Houston. She has had the opportunity to perform in Greece; Cambridge, UK as a part of the Cambridge International String Academy at Trinity College; and most recently in the famed Leipzig Gewandhaus in Leipzig, Germany with the Leipzig Academic Orchestra. She has also enjoyed finding unique musical experiences, such as performing with Samba Laranja, a Brazilian music ensemble at Syracuse University. Alexa is currently a part of The Recollection, a Texas country/bluegrass band, she teaches private lessons and is a lead teacher for the Coda program through Houston Youth Symphony which provides after school lessons to low-income students.

Christopher Kai is the founder & CEO of The Mathem Group, a strategic-consultant firm that helps businesses with executive branding, exponential sales growth through strategic storytelling and network science. He has worked with the U.S. Consulate, Google, Bank of America, Papa John’s, Farmers Insurance, New York Life, City National Bank, and Merrill Lynch. Christopher is the author of 5 books including the #1 global bestseller. Outside of his business, he is the founder of Mondays at the Mission, the world’s most unique homeless youth life skills program where they have had 300 speakers from 37 countries with participants like astronaut Buzz Aldrin, baseball great Tommy Lasorda, and business visionary Elon Musk.

Frank Shamrock is many things: visionary entrepreneur, ex-con, author, star athlete, survivor of childhood abuse, international speaker, husband, dad and general defier of the odds. He holds multiple world records and remains the only athlete in history crowned champion of every major MMA sports league. Author of “MMA for Dummies”, he has literally written the book on the sport of cagefighting. Unlikely as it may seem, as a speaker, Frank is best known for his humour, compassion and his ability to use cagefighting techniques to create deep trust and unwavering focus even with non-athletes. Shamrock’s coaching and training techniques are employed by top performers, celebrities and major corporations around the world. Today, Shamrock lives in Los Angeles with Amy, his wife of many years and two kids, Frankie and Nicolette. Together they oversee Shamrock Way, a family nonprofit that tackles social issues and supports at risk communities with educational scholarships.

Jeff McManus is the Director of Landscape Services at the University of Mississippi’s Ole Miss campus. He brought with him the understanding that students regularly mention campus appearance as one of the key factors in their decision to enroll at a University. With that in mind, Jeff and his team developed a system of beautification and landscape management that has led to numerous awards for the Ole Miss campus. Princeton Review and Newsweek Magazine identified the University of Mississippi as our nation’s most beautiful campus. Most recently, Ole Miss was named by USA Today readers as the 2016 America’s Most Beautiful College Campus. Jeff and his staff recognize that education at its best is a community experience. For he and his team, developing and maintaining beauty, order, and safety on the Ole Miss campus is much like a higher calling. Providing faculty, staff and students with clean, safe and beautiful spaces for knowledge sharing is their mission. The recognition and awards attest to their excellence. Jeff holds a bachelor’s degree in Landscape and Ornamental Horticulture from Auburn University and is a Certified Arborist.

Jesse Stewart is the founder of AM300 Solutions and author of The Phoenix Project (2019). Jesse was medically retired from the Army after being wounded in combat and multiple surgeries at the rank of Major, at 31 years old. Since retiring he helped found The American 300 non-profit providing college scholarships to all children from the men that fell in Task Force 300, was a Professor (Leadership and Marketing) at Grand Canyon University, and started his own for-profit company. Jesse works tirelessly with Veterans providing guided fly-fishing trips with his father (also a retired disabled veteran), mentoring people across all walks of life dealing with trauma, and working with high performing individuals from US Olympic Athletes to everyday people seeking to be their best version of themselves.

Kevin Doffing is a small business owner and non-profit executive who believes that communities make the best teams for organizations. In his non-profit work he has focused on leveraging his combat experience in the Army to bring a systems based approach to building community for veterans in Houston, Texas and helping to grow startups and growing small businesses.

Larayne Glidewell is a healer, newborn care specialist, and a post-partum doula who has worked with kids and newborns for over 26 years. As a post-partum doula, she specializes in working with newborns, infants, twins, and children with autism. Larayne helps create a calm environment for both the babies and parents, which allowing the relationship between them to thrive. She enjoys sharing what she has learned through her life experiences, covering topics like spirituality, child development, overcoming abusive relationships, and entrepreneurship. Formerly, Larayne has run social programs, including Jeans for Justice in San Diego, where she discussed bullying, sexual misconduct, and violence in schools to help students overcome trauma from those experiences. Larayne has also worked with Junior Habitude Warriors, where she helped inspire the youth to grow as independent leaders.

Leslie Marchand lives and teaches by her motto “Renew Yourself. Inspire Others.” She is passionate about providing support and guidance to people who are committed to a life of service, especially professional and family caregivers. She teaches online courses through SoYoCo Wellness, offers farm fresh food products to her community through Whitehurst Heritage Farms and provides support to caregivers and people with dementia through her job at an assisted living community. She is a Licensed Clinical Social Worker (LCSW), Registered Yoga Teacher (RYT-500) and Certified Life Coach (TDM). She lives in Texas with her husband, 4 children, 7 dogs and hundreds of farm animals.

Maya is 14 years old and is in the 9th grade. Since the age of seven she has been deeply involved in volunteering and philanthropy work with the Arnold Palmer Foundation and premature babies. When she was 9 she founded Miracle Makers Foundation, whose goal is to support preemies and their families globally. In 2014 she was awarded the Orlando Community Builder Rising Star Award from Mayor Buddy Dyer and in 2018 the Disney Dreamer and Doer Shining Star Award for Orange County.

Sebastien “Mr. D” Boileau was born in Versailles France in 1973 and was influenced by the American Pop Art and early Graffiti movement of the 60s, 70s, and early 80s and began his artistic endeavors in Paris in 1987 at the age of 14. In 1989, Mr. D created his first piece of canvas art, as well as his first large-scale mural. In the early-90s he began to travel the world painting in remote countries like Sierra Leone, Tunisia, Senegal, and many western destinations. In 1995, Mr. D was invited to participate in his first contemporary art group show in Paris. Mr. D immigrated to the United States in 1998 and in 2000 launched what is now a highly successful “ Street Art inspired “mural company in Houston Texas, “Eyeful Art Murals and Designs”, serving both the public and private sectors. Mr. D’ describes his style as “Canpressionism“ a neo-impressionist texture primarily done with spray paint and street art techniques such as “tagging and paint dripping “creating a “urban impressionism” like texture. “After 30 years as an artist, the stigma in regards to Urban Art remains, and I want to change people’s perception. My artistic and personal goal is to use my skills, experience, and credibility to demonstrate “Urban Art as Fine Art” approach while connecting with people around me; Art is for me an emotion more than an aesthetic outcome”.

Zoe Lalji has always fought for the things she’s believed in. She is many things at the young age of 17. A writer, a musician, an ALS Advocate, CEO and founder of a 501(c)(3) nonprofit and a high school senior aiming for an Entrepreneurship Diploma. Ever since last November when her father, her hero, was diagnosed with ALS (Lou Gehrig’s Disease), she has been dedicated to raising awareness for ALS and researching to find a cure for this devastating disease. In inheriting this mission, she has formed the Lalji ALS Foundation, which was featured on Great Day Houston on October 3. She also lead an ALS Day of Silence Campaign on October 18, wherein over 500 students practiced silence to raise awareness for ALS patients who cannot speak. Zoe hopes to help move the needle in finding a cure for ALS and as such is entering into the field of medicine, neuroscience and research. 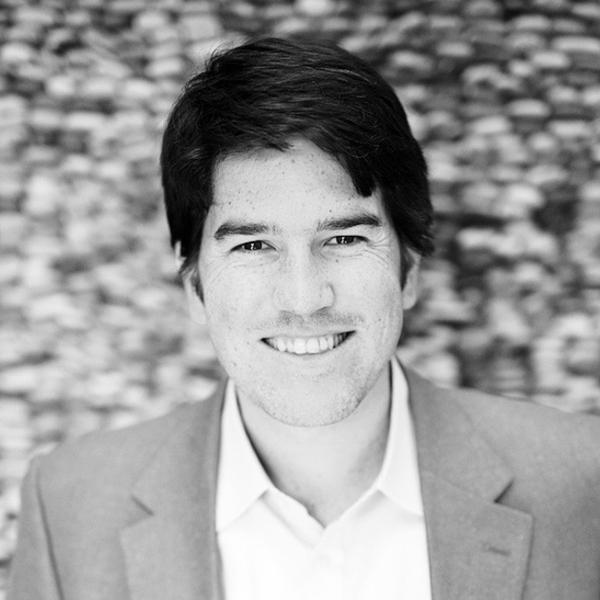 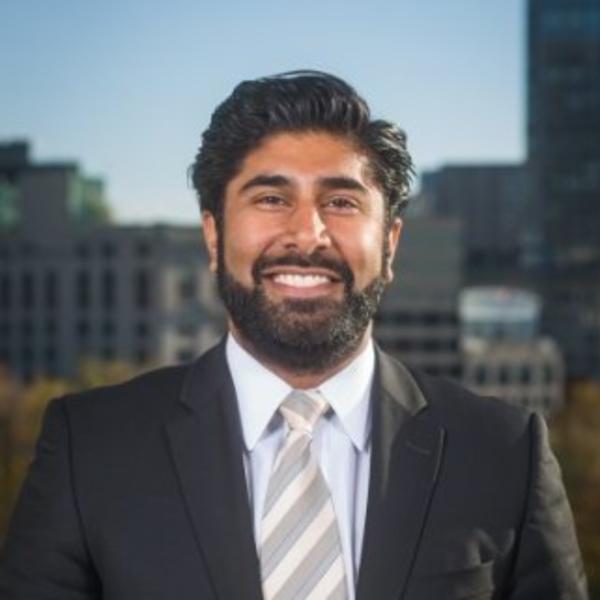