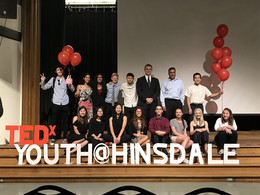 TEDxYouth@Hinsdale is a TEDxYouth event organized entirely by high school students from Hinsdale Central High School in Hinsdale, IL. The theme of this event is "Defying Gravity," referencing both the literal and metaphorical struggles that everyday people face on a daily basis to break free from a confining force. This event is designed to foster creativity, inspiration and wonder, with speakers from all over the country with various backgrounds speaking about defying their own force of gravity.

Anasthasia Shilov is an honors student at Hinsdale Central. She is interested in pursuing medicine. She likes to read, listen to music, watch movies, and create art. Her initial interest was supported by her dad, an amateur photographer, and her mom, who tried her best to raise her kids immersed in culture and a creative environment. Through her work, Anasthasia explores familial relationships, specifically within her own family and herself. Using her collection of family photos, graphite, marker, ink and pen, she creates drawn images that come together to convey a broader message. Her latest pieces reflect the artist’s power of selection and emphasis within their work. Anasthasia’s favorite colors are red, green, and yellow.

Anna Conidi is a ballet dancer with Salt Creek Ballet.

Annie O’Malley is an 18-year-old singer/songwriter who knew music was going to be her career since age 5. She plays piano, guitar, & ukulele, and all songs are written by herself. She has an album coming out in the fall and a single and music video coming out this summer. Her biggest mission is change and she believes in what she dreams of.

Dr. Anu Mahajan is the co-founder and CEO of TinkRworks, an organization focused on providing exceptional and enriching STEAM (science, technology, engineering, arts, mathematics) programs for our children that allow them to reinforce and augment foundational concepts taught by our wonderful and dedicated school teachers. Academically, Dr. Mahajan has a Ph.D. in Electrical Engineering and an M.B.A. Prior to TinkRworks, Dr. Mahajan led Innovation Teams at Owens Corning and served in senior executive roles in a couple different healthcare companies. Dr. Mahajan also spent several years in the world of management consulting, including time with McKinsey & Company where he focused on serving high-tech clients and also clients who used “big data analytics” to make decisions. Outside of work, Dr. Mahajan LOVES to spend time with his wife and two kids, most notably on Sunday mornings watching Formula 1 grand-prix races and cheering on Ferrari.

Ashley Singh is currently a student at Waubonsie Valley High School. In addition to being an honor-roll student involved in 6 different extracurricular clubs, she has begun her own nonprofit organization by the name of AMF Chicago. This charity implements choir programs in the Chicago Public Schools and has been covered by the Chicago Tribune and other influential newspapers. Music has always played a prominent life in Ashley’s life, from taking vocal lessons in both American and Indian styles of music, being in the varsity musical groups at her school, and performing at numerous events. She hopes to create a more connected and joined world through the grand power of music.

Audrey Giltner is a ballet dancer with Salt Creek Ballet.

Austin is a 17-year-old practicing fine artist, born and raised in Southern California, where he attends Orange County School of the Arts, Visual Arts Conservatory. Growing up with Korean immigrant parents, much of his work encompasses his experiences struggling to identify with American “suburbia” culture and his Korean heritage. Having been brought up in an art-intensive family, he is traditionally trained in fine arts, fashion design, theatre technology, and experimental arts. He also draws inspiration from the rich diversity and ethnic heritage vibrantly buzzing in the city pf Santa Ana. He mainly engages in concepts of cultural identity and ethnic gentrification, where he hopes to spread awareness towards issues surrounding minority rights, cultural/ethnic oppression, and art literacy/appropriation. His work has been in art galleries and shows throughout Southern California, where it has been exhibited and awarded in places such as Chapman University’s Hilbert Museum.

Brian McManus is a rising senior at Hinsdale Central. He is interested in studying math in college, as well as possibly computer science. He swims and plays water polo for Hinsdale Central, and he is also interested in computer programming and gaming outside of school. Because his parents are both pilots, it was natural for him to pick up flying as a hobby. He is training to eventually get his private pilot’s license, which he hopes to have by the end of the summer.

Cheyenna Clearbrook is a college student who attends Gallaudet University, a school primarily for deaf and hard-of-hearing students located in Washington DC. She has a popular YouTube channel that she uses to change people’s perspectives on the deaf community. “I want to do something where I can expose the deaf community to the world,” Cheyenna says of her YouTube videos. “I felt that YouTube is such a great opportunity for the deaf community and I decided to do this for them. I have been doing YouTube about three years now and it inspires me more by doing this because it helps many people.”

Joanne C. Smith, MD, is a visionary leader and the driving force behind transforming the delivery of care in physical medicine and rehabilitation (PM&R). As President and Chief Executive Officer of the Shirley Ryan AbilityLab (formerly Rehabilitation Institute of Chicago or RIC) for the past decade, Dr. Smith has led the organization in its mission to provide the highest-quality patient care with the best outcomes through integrated research, discovery and education.

Does the observed accelerating expansion of the universe require a modification to our theories of gravity or does there exist some new form of energy, so-called ‘Dark Energy?’ Dr. Bleem seeks to answer such questions by studying of clusters of galaxies—which are amongst the most massive objects in the Universe. In her presentation she will give a brief introduction to this work and describe how such research has led scientists to build observatories at some of the most remote sites on Earth. Dr. Bleem received her PhD from the University of Chicago in 2013 and BA from Kenyon College in 2005.

Paige Rawl is an accomplished speaker and an inspirational figure for the tens of thousands of kids to whom she has spoken. Today, Paige is a international youth advocate, anti-bullying crusader, and powerful American Red Cross certified HIV/AIDS educator. Paige has been featured in multiple national media outlets, including USA Today, People magazine, and Seventeen magazine. Rawl has been HIV positive since she was born, but she has never let her status define her. One day in school she disclosed her HIV status and within hours the bullying began. From that day forward Paige made it her mission to educate others and stand up for those who don’t have the voice to do so themselves. Throughout her years Paige began to write her memoir, POSITIVE: Surviving my bullies, Finding Hope, and Changing the World, sharing her story to help others relate and realize that bad situations can turn into something good. She’s now working towards her goal of starting her own organization, Paige Power. 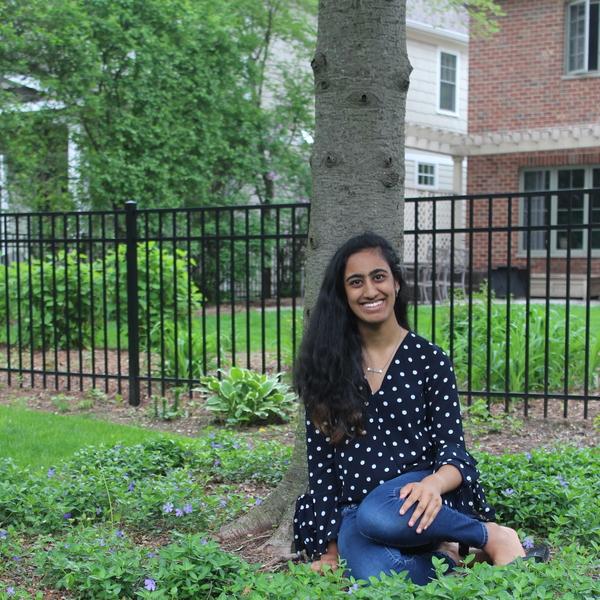 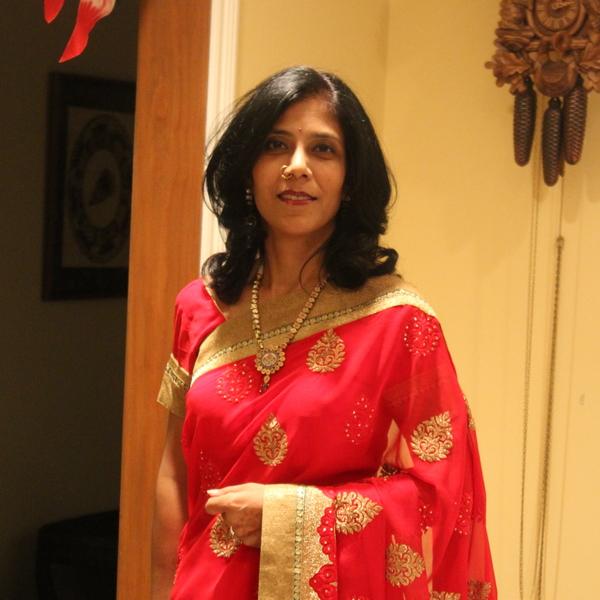