TEDxBelmont is an event dedicated to serving community members from Belmont and other surrounding towns. Numerous different speakers, from both the Lakes Region area and beyond, will be presenting on a variety of new, interesting, and unique ideas.

The list of speakers is currently being finalized, so make sure to check back soon!

Christopher M. Strickland is an Artist Educator and researcher living in Newmarket, NH. He holds a BFA in Fine Arts and Art Education; a M.Ed. in Arts Integration, and recently earned his Ph.D. in Educational Studies, with a concentration in Educational Leadership from Lesley University. Dr. Strickland taught K-12 public school visual arts education for 16 years in Dover, New Hampshire and served as the Dover School District Visual Arts Curriculum Coordinator. He has also held adjunct positions with Maine College of Art and Southern New Hampshire University. As a member of the artist groups, Seacoast Moderns and the Kittery Art Association, in Kittery Point Maine, he displays his watercolor abstract expressions in local and regional galleries, cafes, businesses, and exhibitions, as well as on his website: www.stricklandcms.com

Corey Gately received her undergraduate degree in Psychology and Sociology from Keene State College, as well as her Associate’s degree in Chemical Dependency. She also completed her Master’s degree at Springfield College. She has been working in the field of human services for over 20 years. Corey is currently working as the Clinical Program Coordinator at the LRGHealthcare Recovery Clinic, a Medication Assisted Treatment Program providing services to people recovering from opiate addiction. She also continues to be a Substance Abuse Professional for the Department of Transportation and is a teaching lecturer at Plymouth State University where she teaches a master’s level course in Substance Use. Her areas of concentration include family dynamics in the addicted family, medication assisted treatment and advancements in the treatment of people with opiate addictions.

Professor of Mindful Communication and Writing

Professor Huston teaches mindful communication and writing in the English Department at NHTI, Concord’s Community College. He has been incorporating mindfulness, meditation, and emotional intelligence in his communication curriculum for twenty years and was awarded NHTI’s 2008 Chancellor’s Award for Teaching Excellence. Huston is the author of the textbook Communicating Mindfully: Mindfulness-Based Communication and Emotional Intelligence, which has been adopted at numerous colleges and universities, as well as other publications on mindful communication. His Communicating Mindfully course is required of students in several degree programs at NHTI and strongly recommended for others. The course doubles as a form of professional development for faculty, and it forms the basis of NHTI’s Mindful Communication Certificate.

Elizabeth Burakowski is a Research Assistant Professor at the University of New Hampshire, where she studies snow and climate. She has been skiing and snowboarding for 30 years in New England.

While studying psychology and education at Wheaton College (Norton, MA), Emily Clement worked in a health food store in Petersburg, Alaska, and then was a camp counselor in Istanbul, Turkey, and finally a waitress on Cape Cod. Following graduation, she taught English for a year in the Czech Republic and later taught study skills to 5th-12th grade students in Blairstown, New Jersey; Albuquerque, New Mexico; Beirut, Lebanon, and St. Thomas in the U.S. Virgin Islands. She returned to New Hampshire and taught, coached and dorm parented for three years at Cardigan Mountain School. After earning her M. Ed in school counseling at Plymouth State, she explored a few career paths before working as Director of Christian Education at the Congregational Church of Laconia, United Church of Christ, for five years (2005-‘09). In the five years to follow (2009-’14), she was a high school guidance counselor. In 2014, she began her life coaching business, believing everyone is deserving of happiness.

Jacob Bowser is set to graduate Belmont High School this year, along with the rest of the class of 2018. He will be attending Union College in Schenectady, NY, studying Chemistry. After years of fighting his own mental illness, he was trained by the National Alliance on Mental Illness (NAMI) to educate his peers and community about suicide prevention. He, along with four others who were trained in the same manner have gone on to make a publicly-presented PSA, speak at regional youth education committees, and most importantly, help those struggling with mental illnesses such as depression. Along the way, many things were learned that were not taught by NAMI, including the difficulties presented by the eccentricity of those that surround us and how those traits affect people in their battles with mental illness. 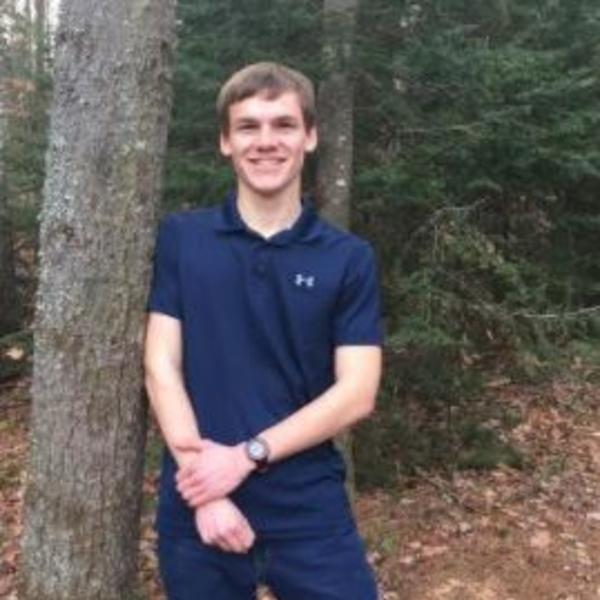