Theme: The Future of Healthcare

In the first event of 2018, TEDxABQ brings together bright minds with innovative ideas in the fields of medicine and healthcare. Five speakers will explore the question:

WHERE IS HEALTHCARE GOING NEXT?

The talks will include research and innovation, medicine ecosystems for providers, and technology in healthcare. The TEDxABQ Future of Healthcare Salon will focus on changing the way healthcare is perceived and medicine is practiced in New Mexico.

This special two-hour event will foster learning, ignite inspiration, and provoke conversations that matter. TEDxABQ believes the power of ideas can exponentially shape and change our community, or even the world, forever. These extraordinary voices will unlock imaginations as new ideas are presented to challenge the way we think of medicine and to embrace its exciting future in our state.

Born and raised in Albuquerque, Aaron has dedicated his career to innovation and healthcare. Focusing on disruptive delivery models has been a consistent theme from re-envisioning emergency care platforms to supporting cutting-edge primary care modules that help employees stay out of the hospital. After sixteen years in Silicon Valley and New York, Aaron is bringing his experience and passion for healthcare improvement home to contribute to New Mexico’s blossoming entrepreneurial economy. He brings with him a patient wife, Marie, and two awesome boys, Milo and Julian. Don’t forget the dog, Sandy. When he’s not taking risks in building something new, Aaron can most likely be found playing cello or watching obscure European soccer leagues.

Christine enjoyed a career in mental health directing Employee Assistance Programs for both Johnson & Johnson and Cigna. Later, she joined her husband’s fabrication business where they designed and fabricated the 65’ Tricentennial Towers at I-40 and Rio Grande. In 2014, Christine founded and now volunteers for Women To Be distributing reusable sanitary pads to women around the world. Christine has held appointments to the NM Board of Nursing and the NM Medical Board and later, to the NM Arts Commission. She served on the Board of Trustees for both the Albuquerque Museum of Art and the BioPark Zoo. She is currently an Honorary Commander at Kirtland Air Force Base. In 2014, the Bernalillo County Commission selected her to serve on the Board of Trustees for University of New Mexico Hospital. Christine and her daughter, Jenna, climbed Mt. Kilimanjaro in 2013. Additionally, Christine has completed over 150 triathlons. She is committed to being ‘shocking’ in her life.

Dr. Howard Yonas is a neurosurgeon who went to college at the University of Pittsburgh, attended medical school at Ohio State, and completed a residency at Case Western Reserve. He spent two years as a flight surgeon in the US Air Force followed by fellowships in Switzerland and Pittsburgh, PA. Dr. Yonas joined the department of Neurosurgery at the University of Pittsburgh and became the Vice Chair of the department before taking a position with UNM as the Chair of the Department of Neurosurgery. Dr. Yonas was funded by Medicare (CMS) in 2014 for $15.2 million to create a system of telemedicine for neuro emergent care in rural New Mexico. UNMH is the major center for the delivery of trauma, cerebrovascular, pediatric, spine, skull base and tumor care in the state of New Mexico.

Kulmeet has a proclivity to take the road less traveled, and often a road that is steep, uphill, and fraught with risk. A serial entrepreneur, he has focused his innovation on two industries that resist change: education and healthcare. At present, he is building Twistle, a venture that automates conversations with patients on behalf of clinicians to free up their time. Twistle is transforming care management and population health. He also funds a foundation that focuses on education in rural Punjab. Prior to Twistle, Kulmeet spent a decade in healthcare IT, starting with MedRemote, a venture that leveraged speech recognition and artificial intelligence to automate medical documentation. After selling to Nuance, he spent 3 years helping to grow Nuance’s health division primarily through 6 acquisitions over 36 months. He has degrees in Economics from University of Chicago and in Computer Science from Columbia, and makes his home in New Mexico.

Leigh Caswell is Director of The Center for Community Health at Presbyterian Healthcare Services. She directs initiatives, strategy and operations that support the community health priorities of the largest non-profit health system in New Mexico. This includes convening partnerships and leveraging funds to tackle barriers to health across the state. The Healthy Here Wellness Referral Center, Mobile Farmers’ Market, and FreshRX are among the initiatives Leigh has developed to promote prevention, increase health equity, and enhance the effectiveness of clinical interventions. Under her leadership, Presbyterian was named one of 32 national participants in the Accountable Health Communities model, which is testing how communities can address the health-related social needs of people enrolled in Medicare and Medicaid. A Robert Wood Johnson Foundation Culture of Health Leader, she has a Masters of Public Health from the University of New Mexico. 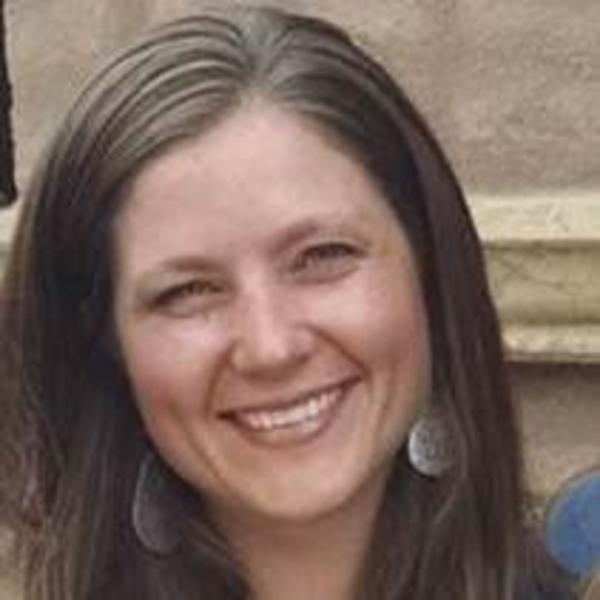