In our seventh year, we will be assembling a vivid cast of characters capable of stirring the imagination as never before. We are looking for thinkers and doers driving grassroots movements and innovations from the ground up in our local communities. In many fields - including philosophy, science, art, systems theory, machine learning and more - emergence is a phenomenon where larger entities arise through interactions among smaller or simpler entities. On June 2, we will put a spotlight on the individuals who are working towards a greater goal, making an impact in the process that affects real, lasting and positive change.

Alane Kosanovich Cahalane is a board-certified specialist in pet surgery and the CEO and co-founder of veterinary healthcare company VSH Hong Kong. She has performed thousands of cutting-edge surgeries on animals, including using 3D printing technology to revive a moon bear that spent years in cruel captivity. Alane’s goal is to help advance animal health care in Asia and beyond—and inspire veterinarians, pet owners and others to continue their fight—by sharing their stories with the world.

Ashley Galina Dudarenok is a China-focused marketing expert. She is the founder of several startups, including social media agency Alarice International and membership platform for China-focused marketers ChoZan. She vlogs about marketing to China’s billion-plus consumers. Her book, "Unlocking the World’s Largest E-Market: A Guide to Selling on Chinese Social Media” is available on Amazon. Ashley is the host of the AshleyTalks Podcast, where she discusses entrepreneurship, women in business, China, and tech with industry experts. She is also a member of Alibaba's Global Influencer Entourage. Ashley is fluent in Mandarin, Russian, German and English.

Cecil Calsas writes poems and prose detailing lives of domestic helpers. Her pieces “Tsetserella” and “The Game That Binds” have been translated into Chinese and published in “The Wishing Well”, an e-book with a title coined from one of her pieces. She is also a regular at Peel Street Poetry, an open mic poetry event in Hong Kong. In 2009, she co-founded and coached the Philippine Sluggers women’s baseball team comprised of Filipino domestic helpers which became the league champion in 2016 after defeating local Chinese teams. Prior to moving to Hong Kong as a domestic helper, Cecil Calsas was an Auditing Assistant at the Commission on Audit in the Province of Guimaras, Philippines. She has also worked as office assistant in the College of Law while pursuing a Bachelor of Science degree in Commerce, and later received a Bachelor of Science in Mass Communications and Bachelor of Arts in English at West Visayas State University.

Cristopher Villones Flauta (Crease) is part of Disneyland Hong Kong’s entertainment team, where he is a chorus dancer for The Lion King, among other things. He teaches jazz and contemporary dance and choreographs for Disneyland’s annual cabaret showcase. Crease began with humble roots in the Philippines, learning ballet, jazz and contemporary dance at Leyte Dance Theatre. As lead dancer, Crease has showcased Filipino and other regional dances at shows in Singapore, Indonesia, Malaysia and the U.S.

Darius Dzadu Agbeko Kokou is the captain of the All Black Football Club; an initiative that bridges social and cultural differences between refugees through the uniting power of sport. He is passionate about improving the working conditions of marginalized communities, particularly refugees and ethnic minorities, and hosts talks in Hong Kong shedding light on the plight of asylum seekers around the world. The physical and emotional toll of war, genocide and natural disasters makes it tough for asylum seekers to integrate even as they find safe haven in another nation. Originally from Togo, Darius helps bring refugees, mainland Chinese, and native Hong Kongers together, connecting them over the common cause of serving the local community. He believes refugees can contribute positively toward social and economic change in Hong Kong, and is interested in telling tales of personal struggles, wasted talents, and surprising breakthroughs.

Davon Williams is currently a vocalist at Disneyland’s productions in Hong Kong. On stage, he has appeared in McCoy Rigby’s international tour of Dreamgirls, won critical acclaim for his performance in Gershwin’s Porgy And Bess, and featured in the surprise hit musical, Grey Gardens. A lead actor in the indie film, Naked Dragon, he has also been seen on American television, Netflix, and at several international film festivals. With a strong background in theatre arts, he graduated in 2009 with a BFA in Theatre Arts from the University of the Arts and went on to serve as Director of Theatre and Theatre Chair for the School District of Philadelphia’s Regional Talent Centers — a multimillion dollar project. Growing up on the rough streets of Baltimore, Davon experienced the extremes of gang violence and poverty; he is the nephew of drug kingpin Lil’ Melvin Williams, the inspiration behind HBO’s The Wire.

Hailing from Holland, but a long-time resident of Hong Kong, Dennis Philipse is the founder of “Out in HK,” an LGBT+ community which brings people together through sport, fitness and other outdoor activities.

Singer, rapper, and writer Dessa has made a career of bucking genres and defying expectations—her résumé as a musician includes performances at Lollapalooza and Glastonbury, co-compositions for 100-voice choir, performances with the Minnesota Orchestra, and a top-200 entry on the Billboard charts for her album Parts of Speech. She contributed to the #1 album The Hamilton Mixtape; her track, “Congratulations,” notched over 5 million streams. As a writer, she’s been published by The New York Times Magazine, broadcast by Minnesota Public Radio, published two literary collections of her own, and is set to release her first hardcover collection with Dutton Books in the fall of 2018. On the stage and on the page, her style is defined by a ferocity, wit, tenderness, and candor. Dessa’s third full-length album Chime was released to critical acclaim in February 2018.

In 2014, a single mother founded a choir made up of domestic workers and dedicated a song to them. “I Wish I Could Kiss You Goodnight” was composer Jane Engelmann’s way of saying thank you to a group of women who offered her their ultimate sacrifice: putting her children to bed instead of their own. From humble and inauspicious beginnings, the choir, aptly named ‘The Unsung Heroes’, went on to becoming the face of the 2017 documentary “The Helper,” which chronicles the lives of Hong Kong’s migrant workers in the face of heart-breaking separation from their loved ones.

Keisha Siriboe is a researcher focusing on early childhood literacy, parent education, access and equity issues within Hong Kong. Her research won an outstanding publication award from the American Educational Research Association this year. In Hong Kong, she provides parent-child early literacy programs through her social enterprise, Stories of Us, and has established a long-term social service children's program at St. Barnabas Society with the Graduate House, University of Hong Kong (HKU). Globally, she works with the Word Educational Research Association, Organization for Economic Cooperation and Development, and the American Educational Research Association to cultivate student leadership within educational research and policy development. She is currently a doctoral candidate studying English-language education at the HKU, and in 2014, she was the first African-American to graduate from Beijing Normal University with a master's degree in comparative education.

Lale Kesebi is a sought-after strategist, innovator and transformation coach. As the founder and Chief Executive of human-at.work, she helps CEOs and their teams build great places to work. Lale believes in designing workplaces that are high-performance and innovative, yet people-centered at their core. She especially enjoys advising founder entrepreneurs, social innovators and emerging leaders leading disruption of incumbents. Lale regularly speaks and writes on leadership, innovation strategy and culture. Over the past 20 years, she has led teams in over 40 countries. Lale is a member of the global TED community and serves as a Board member at The Women's Foundation of Hong Kong and as a Trustee on the Board of the Asian University of Women.

Meg is a neuroscience and psychology researcher, studying the intersection of big data, technology and mental health. She serves on the executive board of Global Innovation and New Technologies Health Events, an annual conference that showcases cutting-edge medical technologies in London. Meg was previously a research fellow at Yale School of Medicine, where she used data from online social interactions, among others, to find patterns on depressive behaviour. She also co-ran Psychiatry Technology Group, which brought entrepreneurs and professionals from different backgrounds in exploring technology for psychiatry. Her passion for inclusivity of women and youths has led to her involvement with Microsoft Corp.’s London accelerator, which started an annual programme for mentoring and encouraging young individuals in STEM subjects.

Ramona Pascual is Hong Kong's first professional mixed martial arts fighter signed to a regional promotion, Road Fighting Championship. She is also the first female ever to headline a fight event and compete for a mixed martial arts championship title in Hong Kong. She was previously on the Hong Kong Women’s Rugby team and is also an active competitor in Brazilian Jiu-Jitsu and Muay Thai.

Saketaram Soussilane is the founder of meo, a company that helps the community understand the air we breathe and provides actionable advice toward cleaner air. Saketaram started this venture five years ago, when his 18-month-old boy developed respiratory complications. The ordeal led him to understand that existing treatment - antibiotics and other drugs—can only mask symptoms, not solve the origins of the ever-growing problem. Born in South America to Indian parents and bred in France, Saketaram is an electrical engineer specialized in robotics and signal processing.

After years of serving in tie-and-waistcoat style speakeasies, Tom Egerton hung up his arm garters and traded them for something less formal. He now manages the bar at Potato Head in Hong Kong, where he crafts cocktails with maximum flavor and minimal waste. That means reusing, recycling and repurposing ingredients—from pineapple skin to bamboo sticks—that would otherwise end up in a landfill and working to implement conscious practices in hospitality. Raised in New Zealand, Tom has traveled as far as Tokyo to Havana in search of his next cocktail. His experience spans bars, hotels and kitchens in Dubai, North America and most recently Australia, where he managed Sydney’s Eau De Vie, an award-winning drinking den for whisky worshippers.

Tom Grundy is the editor-in-chief and co-founder of Hong Kong Free Press, a non-profit, independent news source for the city. Run by journalists and backed by the public, it was founded in 2015 as a direct response to declining press freedom and now attracts up to a million readers a month. Born in Britain and based in Hong Kong for 13 years, Tom has a master’s in journalism from the University of Hong Kong and cut his teeth reporting on the 2014 Umbrella Movement protests for international outlets such as the BBC. Previously, he ran the HongWrong news and culture blog, and in 2012 co-founded HK Helpers Campaign, a multimedia platform for domestic worker rights.

Vishal Nanda is a writer and spoken word performer in-between being a game designer, teacher, and editor. He spends his time writing poetry, scripts, screen plays, plays, short stories, lists, novels, song lyrics, bios and the like, as he cannot quite help himself. He has performed at a variety of events, including comedy shows, fundraisers and on RTHK Radio Three. He can usually be found nervously performing In Lan Kwai Fong most Wednesdays with the other Peel Street Poets. You would like him, probably. 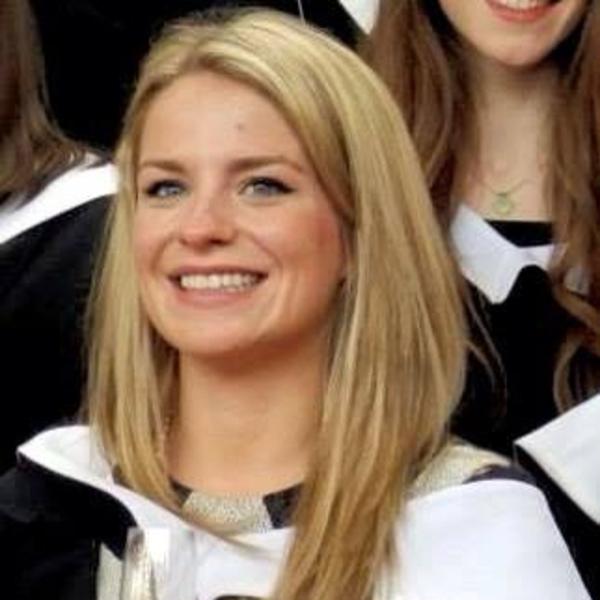 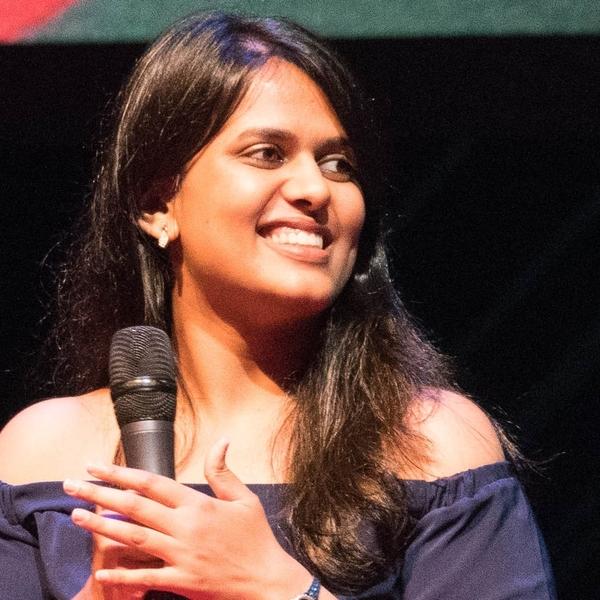