Angela has worked as a journalist for close to twenty years with her reports appearing on CBC’s the Current, the National and the Globe and Mail. She currently works with CBC Vancouver as a radio, digital & television reporter. In 2017, Sterritt launched “Reconcile This,” a CBC column that explores the tensions between Indigenous people and institutions in British Columbia. It has led to multiple policy changes and awards including an international Gabriel award. In 2017, Sterritt accepted the Investigative Award of the year from Journalists for Freedom of Expression for her team at CBC and their coverage of missing and murdered Indigenous women. In 2015 Sterritt became the first Indigenous person to be awarded a William Southam Journalism Fellowship at Massey College. She is currently writing a book on missing and murdered Indigenous women. She is Gitxsan and Irish.

Candace Kaleimamoowahinekapu Galla was born and raised on the island of Hawaiʻi. At home, she was immersed in hula (Hawaiian traditional dance) and was taught by her Native Hawaiian and Filipino kumu hula (hula master) mother. From her Filipino father, she developed a deep connection to the ocean and was taught to appreciate, respect, and embrace the ocean. She learned ʻŌlelo Hawaiʻi formally at a time when there was an ideology that “learning and/or speaking Hawaiian would not be relevant in the ‘real-world’”. At the University of Arizona, she received her B.A. in Linguistics, M.A. in Native American Linguistics, and Ph.D. in Language, Reading, & Culture; she now resides in Vancouver, as an Associate Professor at the University of British Columbia. Her scholarly and professional activities, teaching, and service are reflective of her commitment to mobilize Hawaiian language medium education, and Indigenous language education and revitalization, locally, nationally, and globally.

Deborah White likes to consider herself "The problem solver with a pen". After assisting people with conflicts and differences for many years, she now feels fairly certain she knows a few things about conflict. Years of schooling helped, she has a Bachelors Degree in Social Work, a Masters in Applied Behavioural Science,and a Certificate in Conflict Resolution, butit was in the trenches that she learned the most. Now that she thinks she has something to say about conflict, you can often find her waxing eloquent at the Centre for Conflict Resolution, Justice Institute of British Columbia (JIBC). When she is not teaching you may find her out in an organization somewhere assisting folks to figure out what the "heck" is going on. She mediates, facilitates, coaches and she also walks her neighbours' dogs.

After 28 years as a First Responder, Jeff transitioned into his work as a Crisis Management Specialist and Work Place Mental Health Facilitator. Jeff is an /instructor for the Justice Institute of British Columbia (JIBC) Fire Academy and an instructor for the Center for Counselling and Community Safety (JIBC). In the field of mental health, Jeff has developed many initiatives by introducing the latest techniques and training to the workplace. He is well respected for his ability to connect with people and provide them with direction to support mental health. Jeff was a valuable resource to the BC College of Pharmacists Robbery Prevention Task Force, which drafted new bylaws that came into effect September 15, 2015 in response to the opioid crisis. Jeff brings his admiration and knowledge of Eastern Philosophy into his life as a Facilitator for Workplace Mental Health Education and Leadership Training.

Julia Menard is a mediator, trainer, ICF-certified coach, and faculty member at the Justice Institute of BC in both their Centre for Conflict Resolution and Centre for Leadership. Her mediation experience spans over 25 years, starting as a community mediator, then co-director of a victim offender mediation program and now in private practice as a leadership and organizational conflict consultant. Julia has a Master’s in Education, specializing in leadership, is the co-author of Hold On To Yourself–How to Stay Cool in Hot Conversations, the Canadian distributor and trainer for Mediator in a Box, a principal at Restorative Solutions and co-host of the podcast onconflictpodcast.com. In recent years, she’s taken up the electric bass and aspires to play more of the blues.

Kathryn Thomson is a leadership consultant and coach with LeadershipMind Consulting; she draws on insights from neuroscience and developmental psychology to help people in communities and organizations think and act more innovatively and collaboratively. She is inspired by Howard Zinn who once said small acts, when multiplied by millions of people, can transform the world. Radical Listening is one small act that can bridge the political and social divides that currently threaten human survival. Kathryn is co-principal of LeadershipMind consulting, founder of The Radical Listening Project, and is a senior faculty member in the Centre for Leadership at the Justice Institute of British Columbia. She is also a founding member of Ethelo, an e-democracy platform designed to help organizations and societies tackle complex problems and make better decisions together.

Detective and Co-Founder of the If Project

Detective Kim Bogucki, co-founder of The IF Project, has more than 30 years of experience with the Seattle Police Department, focusing primarily in fostering community outreach and connectivity. Her self-motivated focus led her to establish and develop nationally replicated programs; “The Donut Dialogues” and “The West Side Story” were formed to effect change for the youth and homeless members of the community. Her current role is leading the work of “The IF Project”, a unique partnership with inmates at Washington Department of Corrections facilities. The introspective writing and presentations include inmate participation, both during their incarceration and after their release and re-entry. She has received numerous awards for her work that we cannot even begin to list here but including FC Seattle Reign Legends Award and Washington State Mentors Association Unsung Heroes Award. She has another program, Kind2All, which aims at creating communities of kindness.

Executive Director of Canadian Women for Women in Afghanistan

Lauryn holds a BA Honours in International Development Studies from McGill University, a MA in Human Security and Peace building from Royal Roads University, and a PhD in Language and Literacy Education from the University of British Columbia. Her doctoral research focused on the development of mother tongue teaching resources using information communications technologies (ICT) for primary teachers in northern Uganda. She is currently Executive Director of Canadian Women for Women in Afghanistan, as well as Adjunct Faculty at the University of British Columbia, and Associate Faculty in the School of Humanitarian Studies at Royal Roads University.

Dr. Millan Patel is a Clinical Professor in the Dept. of Medical Genetics at the University of British Columbia; a Clinical Geneticist with the Provincial Medical Genetics Program at the Children’s and Women’s Health Centre of British Columbia, Canada; an Investigator with the BC Children’s Hospital Research Institute and Chief Medical Officer and Co-founder of the Rare Disease Foundation. His area of research involves finding genes for rare diseases and developing effective treatments for today’s patients.

Rick is a leadership explorer, ICF Certified Coach, facilitator, consultant and author. As “chief inspiration officer” of ambient consulting, inc., Rick’s joyful work is to assist leaders lead deeply through self-exploration, collaborative dialogue and adaptive action. Rick holds a doctorate in educational leadership with a focus on human resources strategy and leadership, a masters in organizational leadership and systems renewal and a masters in adult education. Rick is faculty with the Justice Institute of British Columbia and a certified facilitator of Brené Brown’s Dare to Lead program. His first book, “The Anxiety Chronicles: 39 Real-life stories of Personal Angst, Honesty, Humour and Coping” is available on amazon.ca. Rick’s passion and service stem from his desire to experience others tapping into their joy, connection and passion at work and in life.

Ron is an educator known in different times and places as a researcher, administrator, curriculum theorist, curriculum developer, instructor, paramedic, and firefighter. Ron is Director, Academic Affairs at Justice Institute of British Columbia. He teaches and conducts research in several of JIBC’s community, health, and public safety disciplines. One of Ron’s passions is exploring the relationships between teaching and learning – seeking to better understand how we create effective environments and experiences that meet the unique needs of our learners while fostering the competence and expertise required to practice in high risk, high consequence professions.

Sarah is passionate about fostering vibrant and healthy community through empowerment and education, and believes in the profound impact of connecting individuals and communities to their land, food and spirit. The bees, and gardens that surround them, provide an incredible and therapeutic opportunity to engage with populations considered “hard-to-reach” and “at-risk”; they provide hope, connection and meaning, and are vectors for positive social and environmental change. In 2012, Sarah co-founded Hives for Humanity, alongside her mother, Julia, and, as a response to the success of this program, continues to embed herself in the life of the community through her work. With a mission to connect people to themselves, to community, and to nature, Sarah bridges gaps of income, privilege, education, stability and capacity; in this, she opens and creates spaces that are welcoming and inclusive, by focusing on the humanity that connects us all.

Growing up in a low-income area of greater Vancouver, Steve’s childhood dream came true when he was hired by the Surrey Fire Department in 1990. After serving decades in the fire service, losing friends to the perils of mental illness, and responding to deaths by suicide, Steve has shifted the way he leads and lives his life. Steve talks candidly and openly about his own experiences with mental health and how one specific event shook him to his core. He shares how incorporating a simple daily "A.B.C." routine has enhanced his mental wellbeing, and ultimately changed his life. 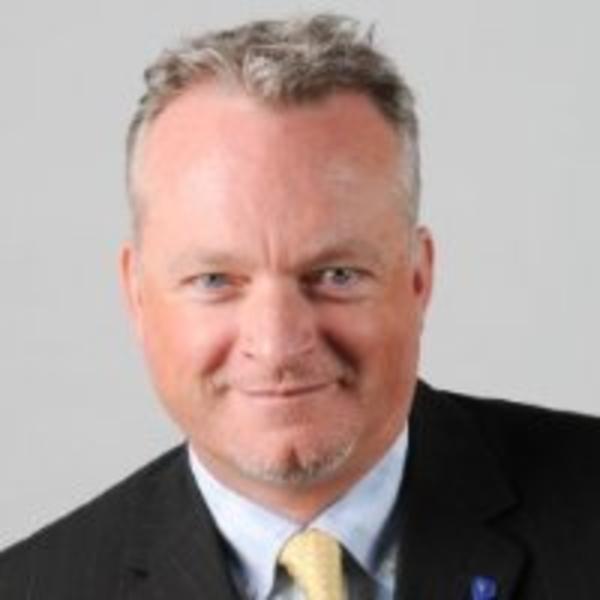